Today in EGEB, the Hornsea One offshore wind farm that will eventually become the world’s largest is ready to start supplying power. An Australian court rejects a coal mine based on climate concerns. An energy company and solar installer team up to promote thin-film panels for use on petroleum tanks. And an Illinois representative introduces legislation for carbon-free electricity in the state.

The Hornsea One offshore wind farm will start supplying power to the grid as soon as this week, The Guardian reports. Estimated numbers are impressive — it will eventually offer 1.2 gigawatts of capacity, powering 1 million homes in the process.

There are four planned offshore wind projects for the same area, and Hornsea One is the first. “Hornsea Two” is due for completion in the earlier part of the next decade. Preliminary plans indicate each of the next two Hornsea wind farms will have a larger capacity than the last. 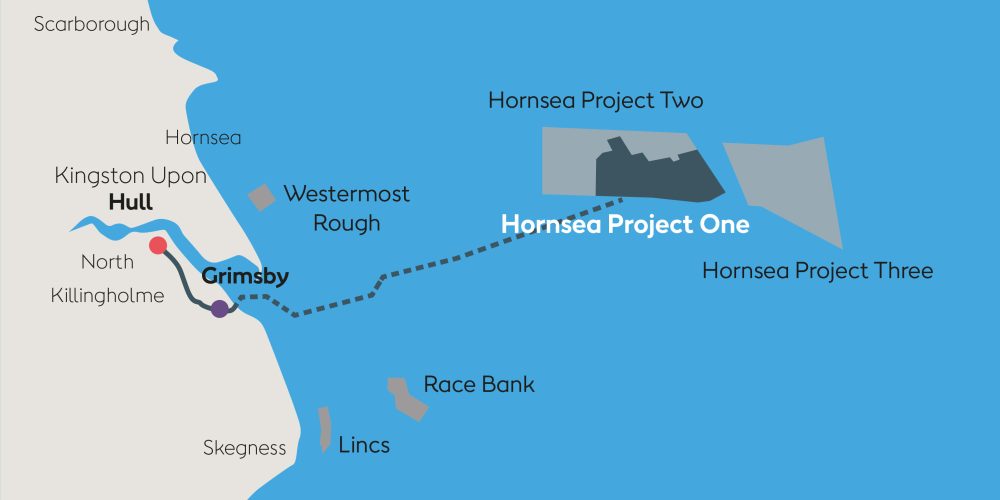 Ørsted, the world’s largest wind farm developer, owns half of Hornsea One after divesting of half the project last year. The developer recently did the same with a planned New England offshore wind farm.

An Australian court rejected an application for an open-cut coal mine, Nature reports. The reason? Climate change.

Chief judge Brian Preston cited the mine’s potential to increase greenhouse-gas emissions as the reason for the court’s ruling. Australia is the world’s largest coal exporter. Until now, it’s never had an application for a mine rejected for reasons related to global warming.

Nature refers to the decision as a landmark ruling. We’ll see if this sets a legal precedent in a country that has such a strong relationship with coal.

Sprague found positive results during a pilot program with the thin-film solar panels, and it plans on adding more solar panels to more of its tanks. CEO David Glendon said,

“Sprague is pleased to develop a partnership focused on renewable energy. The flexible solar panels are an excellent way for us to expand our sustainability efforts while leveraging our existing infrastructure.”

It’s a positive to see renewable energy used in new ways. These partnerships could also lead to other solar solutions down the road. But there’s certainly some irony in seeing solar panels on top of a giant petroleum tank.

Though it got a bit lost in the midst of last week’s Green New Deal announcement, Illinois Rep. Will Davis (D-Hazel Crest) introduced the Path to 100 Act. The legislation aims to make Illinois use 100 percent carbon-free electricity by 2030. Davis said,

“The renewable energy industry is ready to invest billions of dollars in our state and deliver the clean, homegrown energy our citizens want.  I intend for this Act to benefit our state equitably and spread the economic development dollars to Illinois communities throughout the state and especially those that are most in need of jobs and economic growth. I look forward to working with environmental justice, community and labor leaders to make sure the benefits of clean energy growth reach across Illinois.”

The bill looks to increase the state goal of 25 percent renewable energy by 2025 to 40 percent by 2030. It also seeks to add an estimated 6,000 megawatts of new utility-scale solar, 6,500 MW of new wind power, and 7,500 MW of new residential, commercial and community scale solar.