All eyes are on Tesla’s upcoming Model 3 expansion in Europe and we’ve now learnt that the company received almost 14,000 Model 3 orders from reservation holders, according to a report.

It can be difficult to track Tesla’s orders.

For a while, we could keep tallies of reservations, but the company moved away from sequential reservation and order numbers.

Now it looks like Tesla is using sequential order numbers again with the European Model 3 orders.

Some of those reservation holders found a number in the invoice when placing an order that appears to be sequential.

They created a tally with 500 data points and determined that Tesla received 13,773 Model 3 orders from reservation holders in Europe.

Here’s the breakdown of Model 3 orders by countries based on the tally: 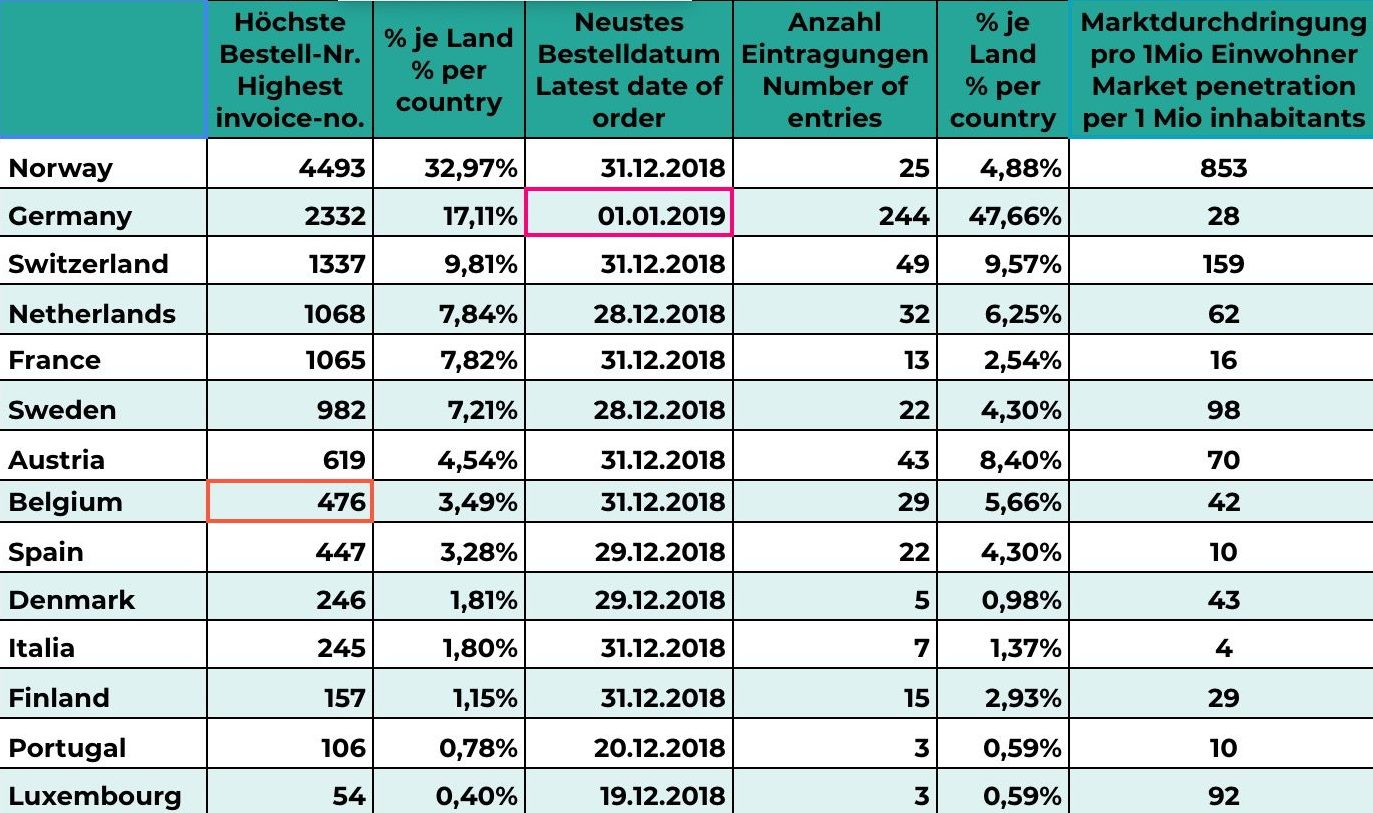 Unsurprisingly, Norway is still leading the way with the most orders, but other markets also seem to have a significant number of orders, like Germany, Switzerland, and the Netherlands.

Those orders are only from Model 3 reservation holders. Some of those people placed their reservations years ago.

As we reported earlier today, Tesla has now opened Model 3 orders to the public in Europe and China.

It’s going to be a few weeks worth of deliveries for Tesla in Europe since according to the port company that handles vehicle unloading at the port of Zeebrugge, Belgium, they plan to handle 3,000 Model 3’s per week coming to Europe.

Almost 14,000 orders might not seem like much considering Tesla had almost 500,000 Model 3 reservations at one point, but it’s actually pretty good when you consider that it’s only for two versions of the Model 3.

Tesla only opened orders for the Model 3 Performance version and Dual Motor AWD version, which happen to be the most expensive versions of the vehicle.

That said, Tesla is going to work through that backlog pretty quickly at their current production rate – hence why they have already opened orders to the public.

Things seem to be moving as planned for the European expansions.