Tesla Model 3 gets a Roadster-like steering wheel: love it or hate it?

Tesla wants to bring its next-gen Roadster to market with a butterfly steering wheel, which is a controversial move.

Now, an aftermarket steering wheel maker made an open-top wheel for the Tesla Model 3: love it or hate it?

A butterfly steering wheel is not street legal in most markets.

Yet, Tesla unveiled the next-gen Roadster prototype with a butterfly steering wheel and an engineer at the launch event said that the automaker aims to release it in the production version.

Earlier this year, CEO Elon Musk said that the ‘production design will be better, especially in details’, but Tesla has historically released production vehicles that looked fairly close to their prototypes.

That has been true with the Model 3 – though Tesla wasn’t as adventurous with the mass-market vehicle. 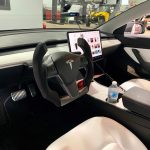 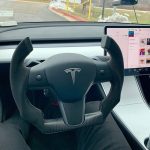 They made the steering wheel modification for Ultimate Road Rally’s own Model 3.

It means that one needs to be careful when doing any modification, but TAW Chicago says that it still works as intended.

They shared some images of the insides of the Model 3’s steering wheel: 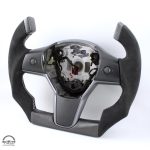 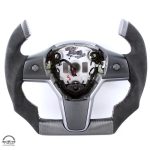 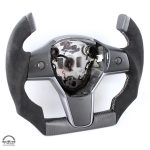 Here’s a quick ‘Love it or Hate it’ poll about TAW Chicago’s open-top Model 3 steering wheel:

I like how it looks, but I have never used an open-top steering wheel and I could see how it wouldn’t be ideal in everyday driving situations.

TAW Chicago says that it completely changed the look of the Model 3’s interior and I would have to agree. It looks great.

I could see it being fun in some sort of track mode that would need less rotation to turn, but I don’t know how convenient it would be otherwise.