Tesla is offering a rare glimpse inside Gigafactory 1 by opening the doors to the local media following a report on the impact of the plant’s rapid expansion on the local community.

We get to see Panasonic’s battery cell production and Tesla’s battery pack and drivetrain production.

According to a new report from the Governor’s Office of Economic Development (GOED), Tesla has exceeded expectations based on all metrics in regards to their deal with the state to establish the factory in the state.

In the report, they state that Tesla “permanently changed the economic landscape of the area”:

“Through and since June of 2018, Tesla, along with its suppliers and partners including Panasonic have made a major capital investment in Nevada that has permanently changed the economic landscape of the area. This has served as a catalyst for additional development in the region based on Tesla’s worldwide name recognition and cutting-edge technology.”

They say that Gigafactory 1 now employs over 7,000 employees and Tesla and its partners spent over $6 billion on the project: 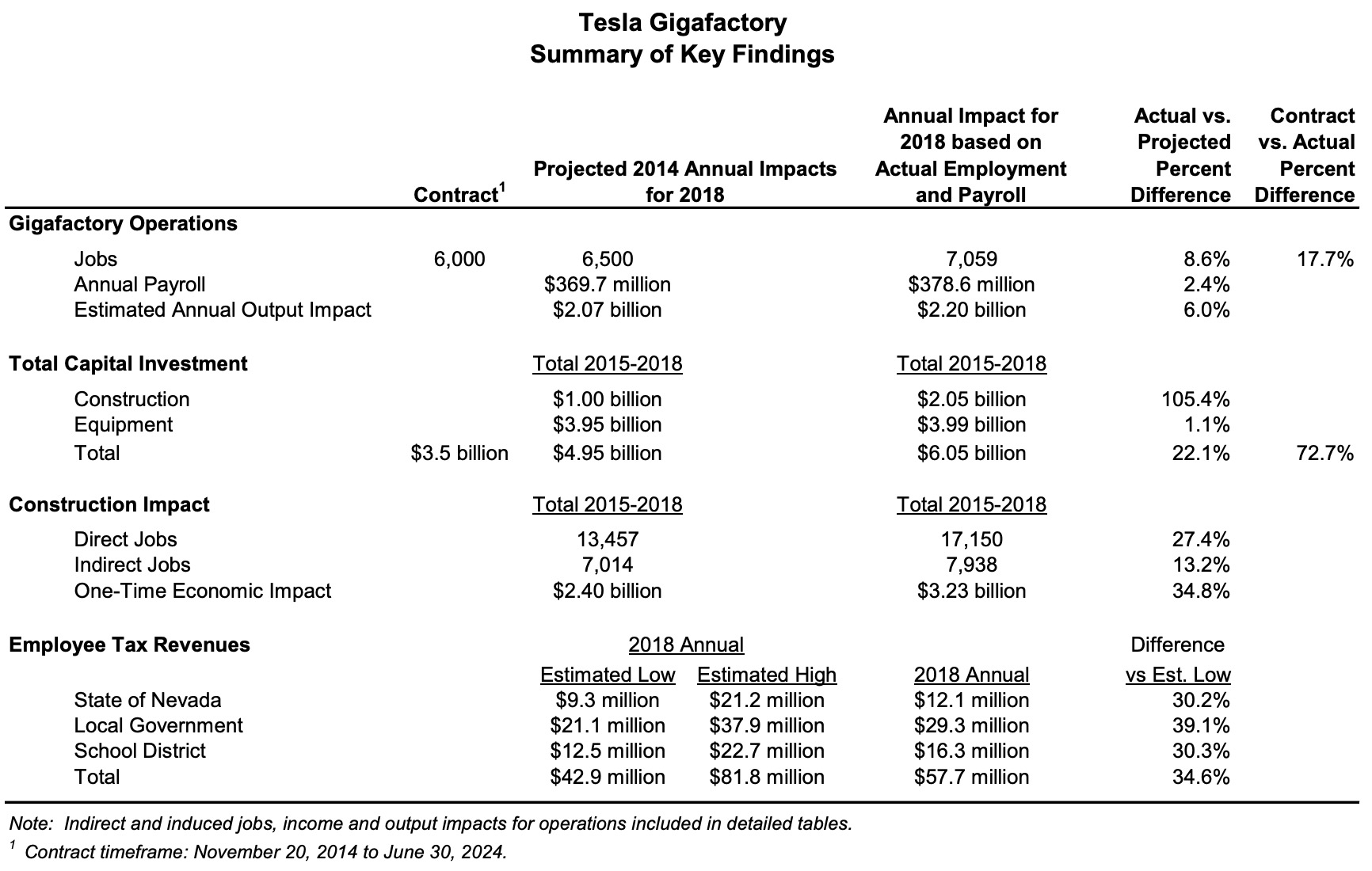 That’s 22% more than they were supposed to spent by now, but that can be attributed to the expanded production capacity at the factory.

Tesla opened the doors to the factory to local media showing us a rare glimpse at that production (via Reno Gazette-Journal):

Tesla is getting some help from the state in order to deploy to make this giant venture happen.

The state listed what they did in the report to date:

“Abatements reported by the state from 2015 through June 2018 include $31.6 million in real and personal property taxes, $5.5 million in modified business taxes and $203.2 million in state and local sales taxes for a total of $240.3 million. The company also received $131.1 million in transferrable tax credits from 2015 through 2018 based on job creation and capital investment. 11 Most of the abatements will expire in June 2024, at which point Tesla and its on-site partners will begin to generate significant new revenues to state and local governments on an on-going basis.”

With Tesla’s increased investment in the project, Nevada now expects an even larger return on its subsidies issued to the company.

It can also only be the beginning as Tesla is rumored to also add full vehicle production to Gigafactory 1’s production scheduled.