After Europe, Tesla is now expanding its Model 3 display fleet to the UK in order to drum up some demand ahead of the imminent launch in the market.

During the latest earnings call, Musk commented about the timeline of the release of the Model 3 on the old continent.

He said that Tesla plans to open the order book to reservation holders by the end of the year. Musk added that they plan to build a significant batch of Model 3 vehicles for Europe in January and he expects deliveries in February and March:

Tesla said that it would open orders for Model 3 reservation holders in Europe by the end of the year.

Last month, it launched a Model 3 display fleet in several European markets, but it skipped the UK.

Right-hand-drive markets are expected to be able to buy the vehicle a few months after left-hand-drive European markets.

But Model 3 reservation holders in the UK are still going to be able to see the vehicle ahead of the launch.

Tesla is bringing Model 3 display vehicles to a few UK stores and yesterday, the automaker invited reservation holders to come see the vehicle: 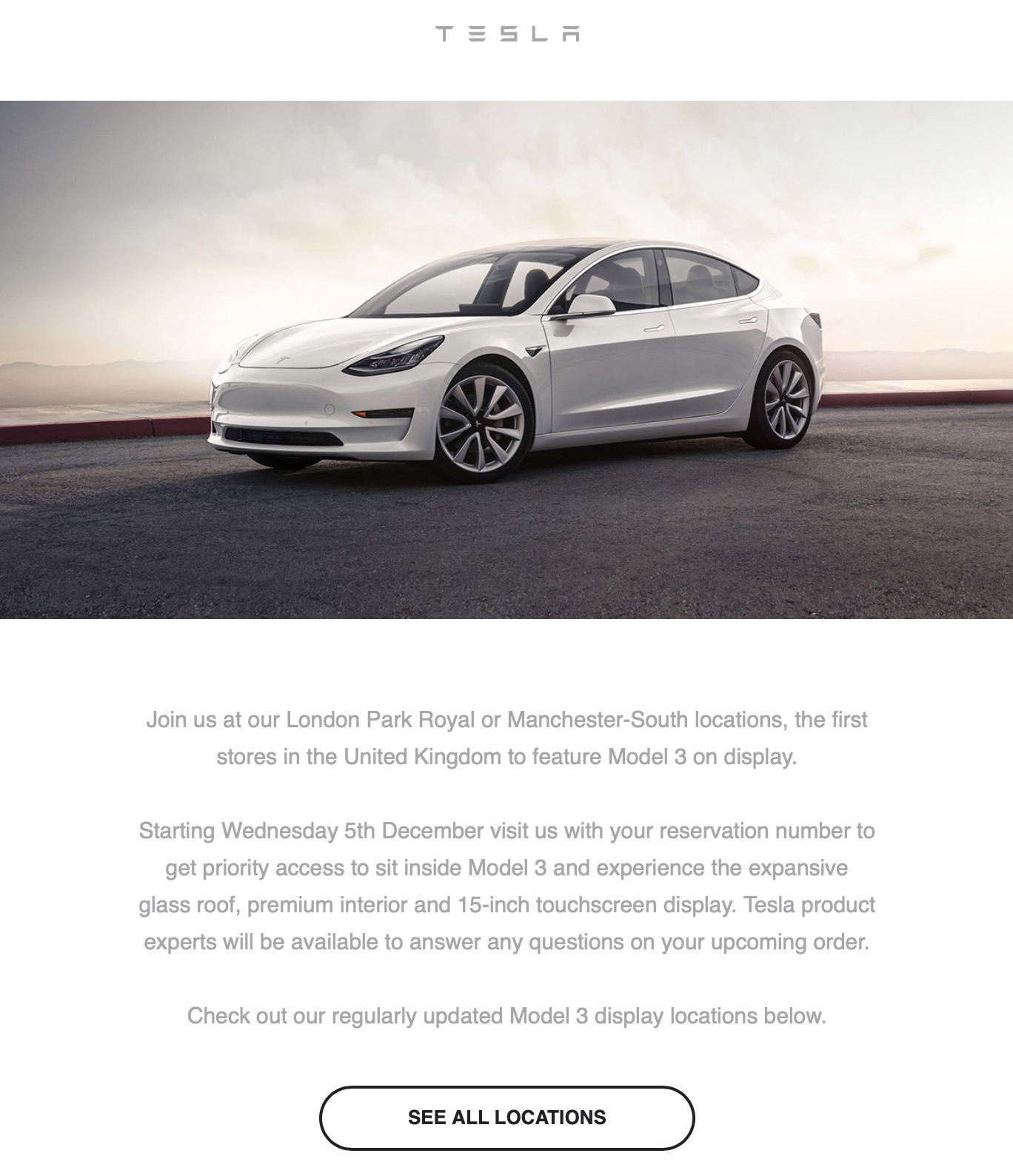 Locals will be able to see the Model 3 at Tesla’s London Park Royal or Manchester-South retail locations.

If it’s anything like Tesla’s display fleet launch in other markets, you can expect some lines during the first few days as the Model 3 attracts the crowds.

Keep that in mind if you plan on going.

And if you are going in the next few days, let me know how is the reaction to the Model 3 in the UK.