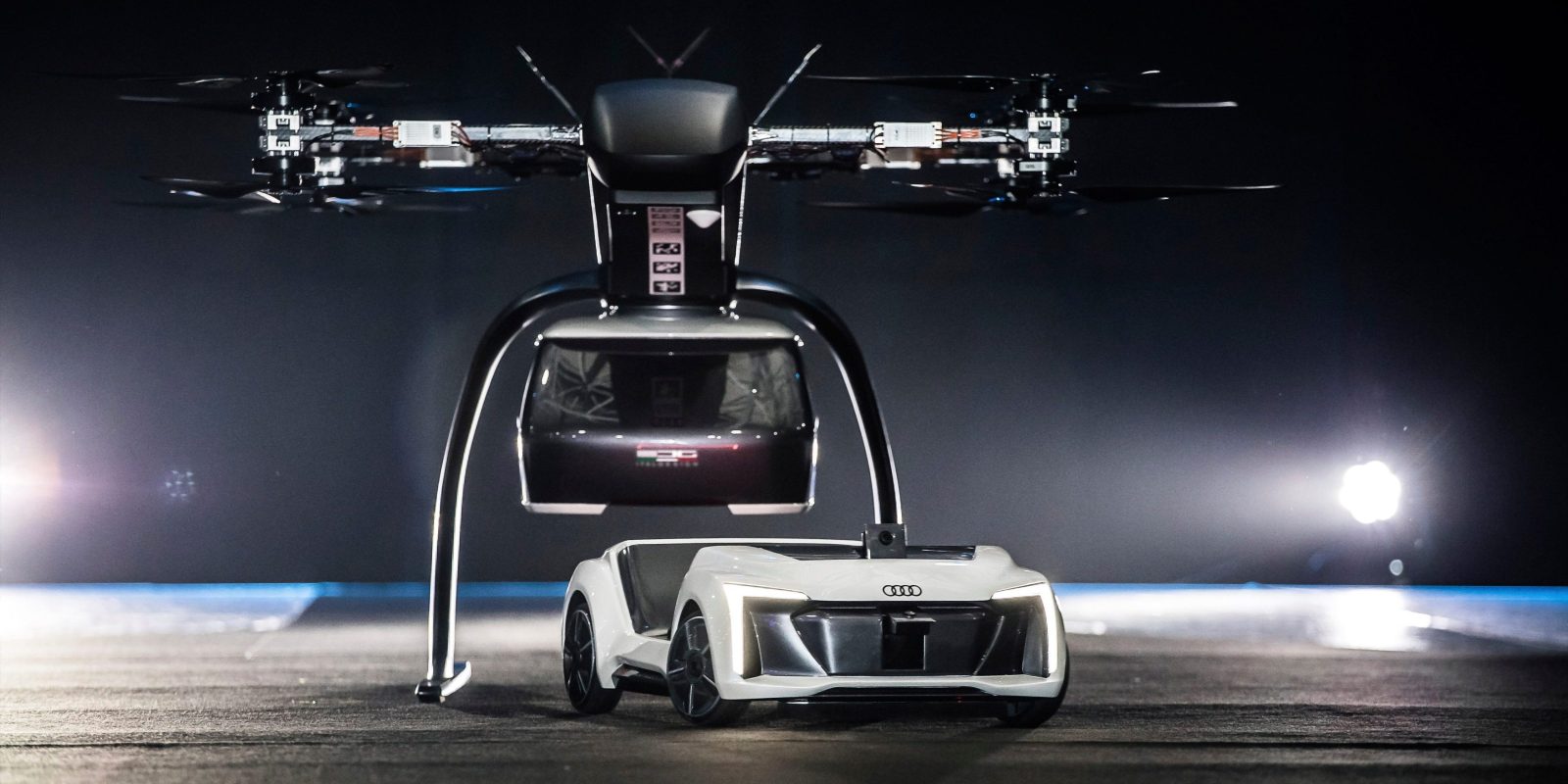 Audi, Airbus and Italdesign are all working together on an electric “flying taxi” concept and they are now starting to test the vehicle.

The concept was first unveiled earlier this year at the Geneva Auto Show.

They now have a more refined working prototype, but it’s still a 1:4 scale model – though it is flying and driving at Amsterdam Drone Week.

It consists of an electric vehicle platform able to accommodate a passenger pod. The platform can drive on the road and park itself under a drone frame, which then receives the passenger pod – becoming a passenger drone.

Here are new images of the new 1:4 scale model presented at the Amsterdam Drone Week:

Dr. Bernd Martens, Audi board member for sourcing and IT, and president of the Audi subsidiary Italdesign, is convinced that it will become a real product:

“Flying taxis are on the way. We at Audi are convinced of that. More and more people are moving to cities. And more and more people will be mobile thanks to automation. In future senior citizens, children, and people without a driver’s license will want to use convenient robot taxis. If we succeed in making a smart allocation of traffic between roads and airspace, people and cities can benefit in equal measure.”

In the meantime, Audi says that it is partnering with Airbus to test on-demand service with helicopters in South America in order to better understand the operations.

The company believes the experience will be useful when they deploy the “flying taxis.”

Here’s a video of the prototype: