Satellite images show that Tesla could fit a building the size of the planned Gigafacoty 1 at its new site in China. Though the automaker probably won’t – at least for now.

Earlier this summer, the company announced a deal with the Shanghai government to build a wholly owned local factory.

They have now accelerated their plans in response to the trade war between the US and China.

Last month, Tesla announced that it secured 210-acres of land for Gigafactory 3 in China and said that it is ‘on track’ with the accelerated construction plan.

The company now says that they want to bring ‘some parts of Model 3 production’ to China as soon as next year.

In order to do that, Tesla is moving quickly at their new site near Shanghai.

Recent satellite images show that they have made progress with land grading the site, which was previously used for agricultural purposes (via BuildingTesla): 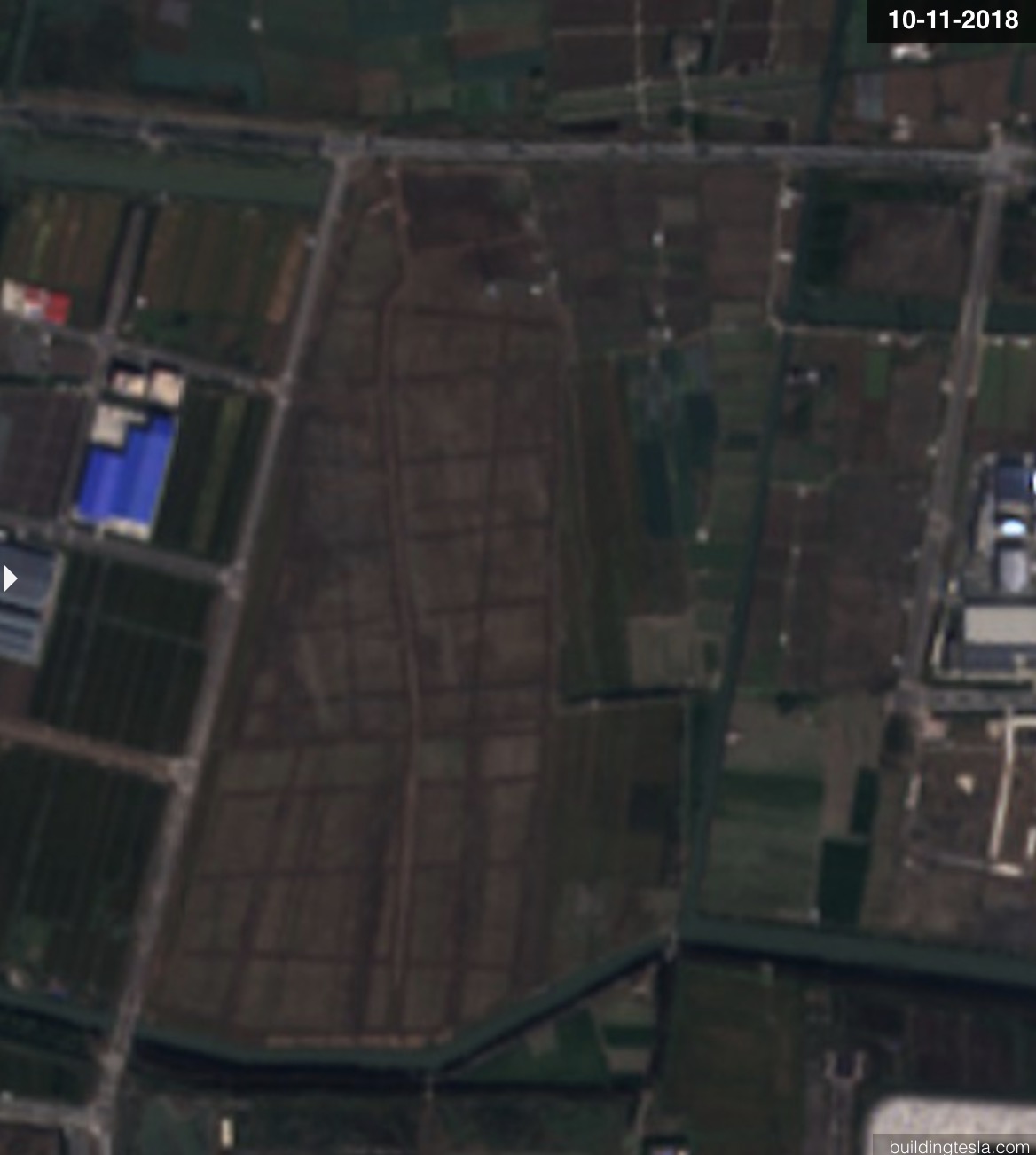 With plans to be able to produce quickly at the site and ramp up over years, Gigafactory 3 is expected to be built in modules like Gigafactory 1.

The Gigafactory 1 building in Nevada currently only represents about 30% of its final footprint according to Tesla.

As part of Tesla’s focus on manufacturing, CEO Elon Musk previously said that the company is now thinking of factories as a product:

When Tesla announced that the Gigafactory in Nevada will be renamed ‘Gigafactory 1’, Musk said that they plan to package the battery plant into a product to be able to reproduce it.

As an exercise, Brandon Knoblauch tried to see if the final form of Gigafactory 1 could actually fit on Tesla’s new land in China. He sent the following drawings to Electrek: 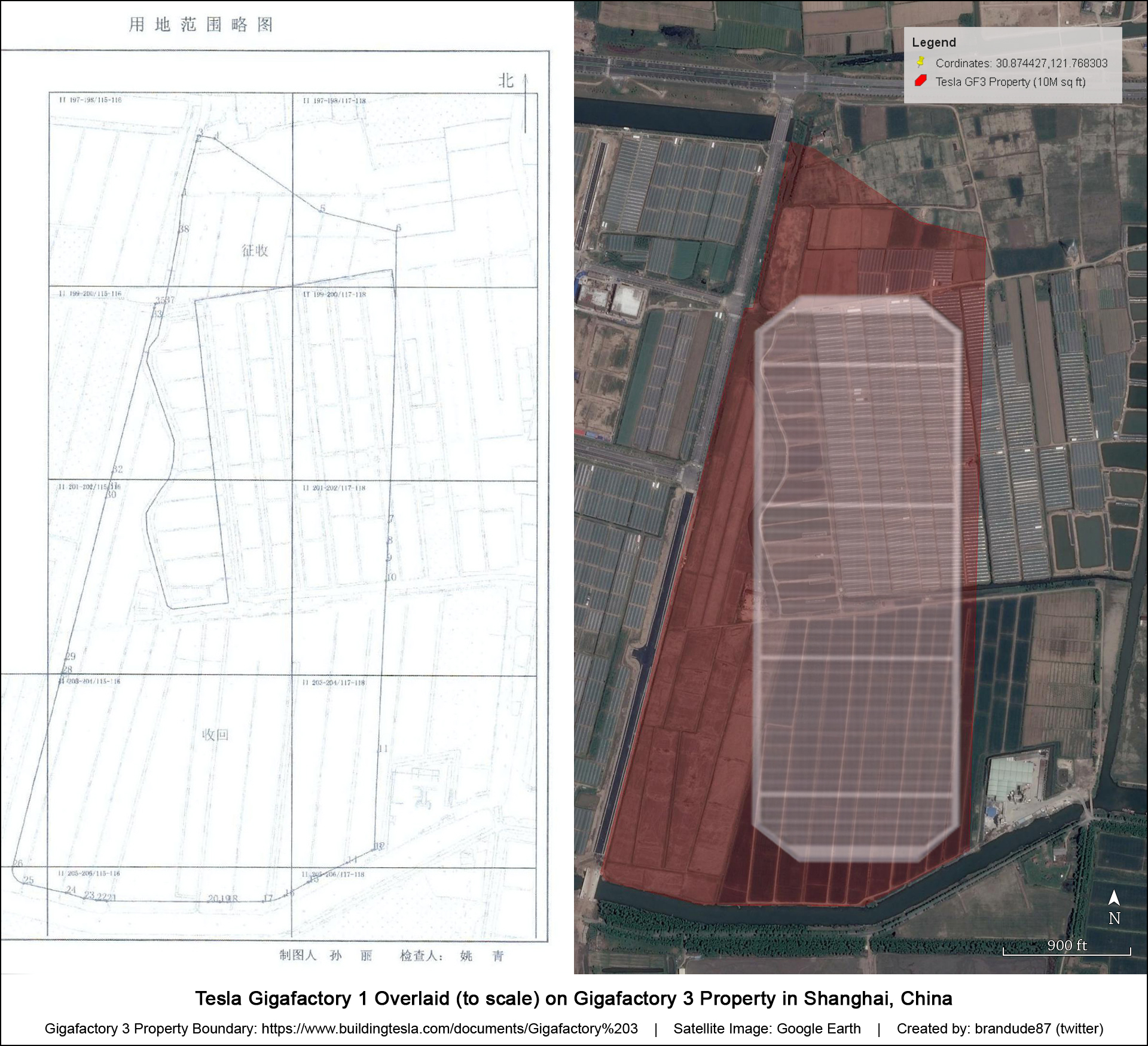 Of course, it’s not as simple as that. There are other differences between Gigafactory 1 and 3.

For example, Tesla doesn’t plan to have battery cell production at Gigafactory 3 and Gigafactory 1 doesn’t have vehicle assembly.

But I like Musk’s idea of thinking of factories as products. The idea behind that became clearer when CTO JB Straubel unveiled the CAD drawings of the inside of Gigafactory 1.

I could see Tesla build Gigafactory 3 in sections like Gigafactory 1 and replicate certain sections almost exactly, like battery pack or drivetrain manufacturing sections.

But there will undoubtedly be many differences since Tesla plans to produce different products at the new factory.

Tesla also plans to build Model Y along with Model 3 at Gigafactory 3 in China,

Either way, we should start to have a better idea of Tesla’s plans soon since the company wants some production at the location as soon as next year.