With Tesla releasing a new and previously announced cheaper version of the Model 3 out of nowhere this week, Tesla shorts and naysayers have been claiming that the automaker did it out of a need to create more demand.

But I think they are missing the main point: Tesla’s new mid-range Model 3 is more about enabling a production ramp up.

We have discussed this on the latest episode of the Electrek Podcast, but I think it’s worth a post to go into more details.

There’s no doubt that the new mid-range battery pack will create more demand for the Model 3.

It reduces the price of the vehicle by $4,000 and every time you reduce the price of a vehicle, you expand the market for it.

But building a new battery pack is not the easiest way for Tesla to increase demand. It would be much easier to expand the availability of the current versions of the Model 3 that Tesla is producing to new markets.

Instead, Tesla decided to design a new battery pack and bring it to production?

I think Tesla launched this new battery pack in order to help enable a production ramp up.

There have been many different bottlenecks in the production of the Model 3 and as of late, it looks like battery cell production might be amongst them.

With the new mid-range battery pack, Tesla would be able to produce more Model 3 vehicles with the same amount of battery cells.

Tesla confirmed that the new mid-range battery pack is the same as the long-range pack, but the modules contain fewer cells.

In order for Tesla to currently produce 5,000 Model 3s in a week, it needs about 375 MWh of battery cells.

With the new mid-range battery pack, Tesla could produce about 6,250 Model 3 vehicles in a week with the same amount of battery cells.

Of course, there could be other bottlenecks preventing this, but if battery cell production is still one of the main bottlenecks, this will definitely be a great solution.

Panasonic recently said that it was deploying new battery cell production lines at Gigafactory 1 by the end of the year, which should definitely help the issue, but for now, delivering vehicles with fewer cells per vehicle would make a lot of sense.

That’s as long as the vehicle itself is still a good value proposition, which is hard to argue against in my opinion when looking at the specs: 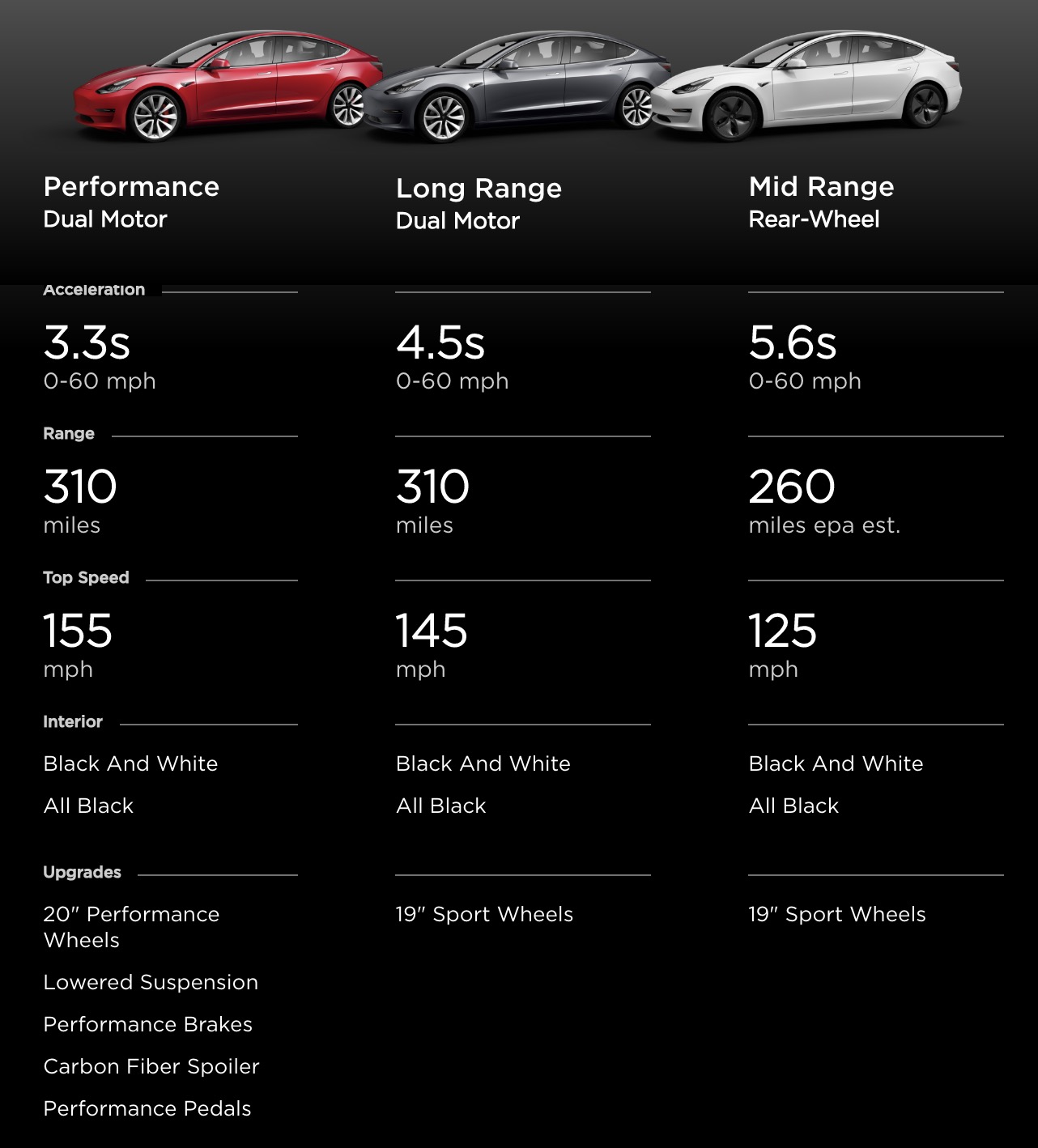 I think the biggest issue is the lack of AWD option on the new battery pack, but for those who didn’t want the option in the first place, it should be a desirable version of the Model 3.

That’s my main takeaway with the launch of this new version.

As long as it doesn’t affect Tesla’s plan to launch the base Model 3 at $35,000, which the company insists is not an issue, I think it’s a great solution to increase production and offer a new option to buyers.