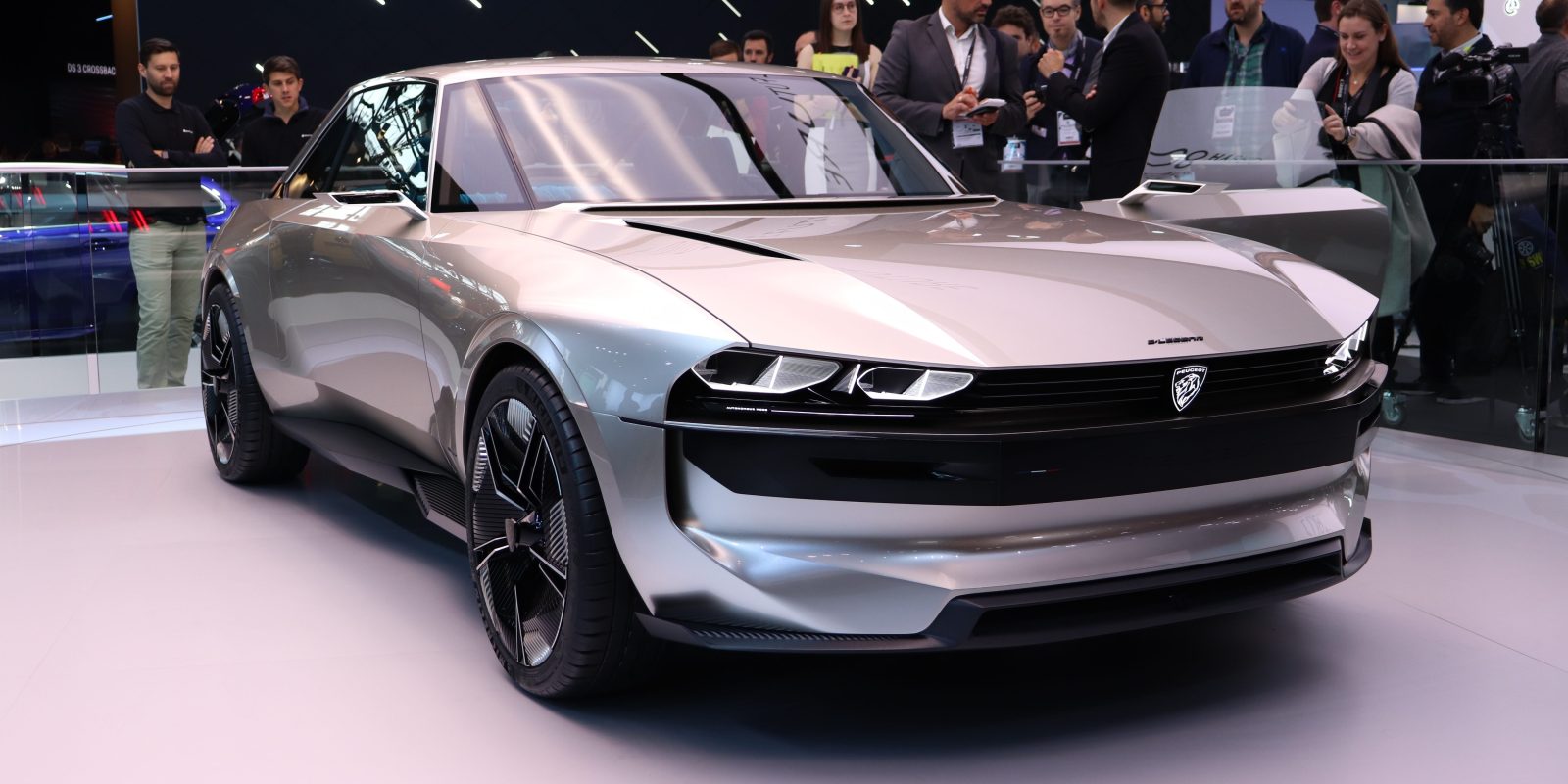 Like I stated when Peugeot first unveiled the e-Legend last month, I am quite impressed by the vehicle’s stunning design.

Now that it debuted at the 2018 Paris Motors Show, we got a closer look at Peugeot’s new e-Legend electric vehicle concept and I like even after having seen it in person.

The French automaker envisions a powerful electric powertrain to back the car’s aggressive design. It is to be equipped with a 100 kWh battery pack to enable 600 km (373 miles) of range based on the WLTP standard. In real world range, it should easily result in over 483 km (300 miles) of range on a single charge.

As for charging that big battery pack, Peugeot didn’t release any details aside that they aim to “add 500 km of range in 25 minutes” and they want to offer induction charging.

The battery pack would feed an all-wheel-drive electric powertrain with an expected power output of 340 kW. Peugeot expects that it would result in a 0 to 100 km/h acceleration “in less than 4 seconds” and a maximum speed of 220 km/h (137 mph).

But the real showstopper is the design. In a world where too many automakers are still making weird-looking electric vehicles either to not sell them or to “differentiate” them from gas-powered cars, the e-Legend is extremely refreshing.

It has some design heritage from Peugeot’s 504 Coupe, but we can also detect some design accents seemingly inspired by the Camaro or the Mustang.

The exterior is truly amazing, but I think I might like the interior just as much. I know velvet is not for everyone, but the look gave me a warm feeling.

Peugeot built the vehicle around autonomous driving and therefore, the steering wheel is retractable, which gives a different look when in autonomous mode. The show car didn’t have a steering wheel:

There’s a giant screen underneath the dash running through the entire cabin and even on the doors. It might sound like a weird place to put a screen inside a vehicle, but again it is designed for autonomous driving.

It’s interesting because the dash serve as sort of sunshade for the screen:

Here’s a quick video of the inside of the Peugeot E-Legend that should give you a better idea of the feel:

Finally, here are some up close shots of the electric vehicle thanks to Electrek’s Micah:

Now Peugeot just needs to get it together and actually produce that vehicle. They just have to make it without the autonomous driving system or go the Tesla route and produce it with the hardware in preparation for future updates.

Let us know your thoughts in the comment section below.