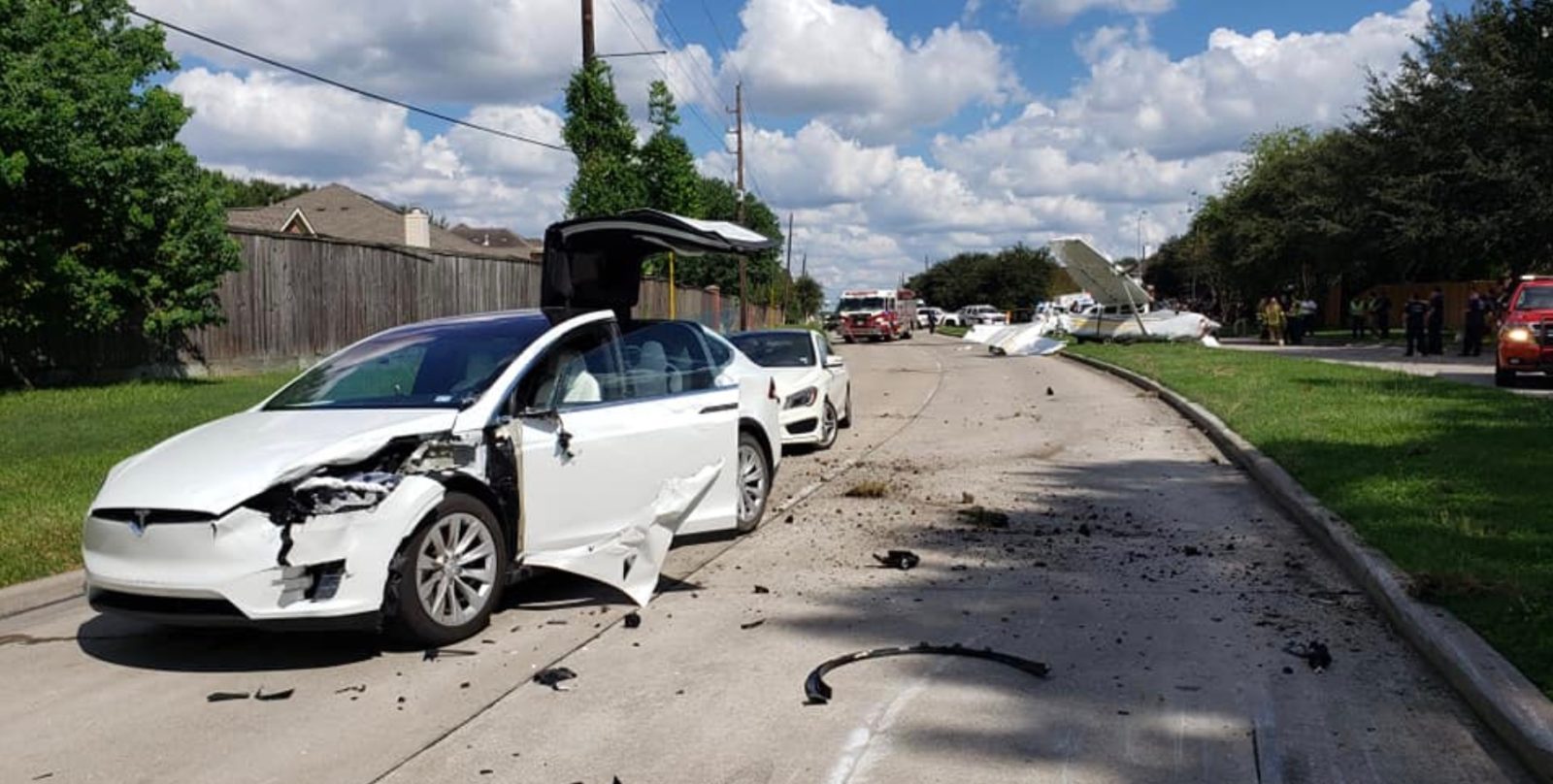 We have reported on a bunch of accidents where Tesla owners credited their vehicles for saving them from serious harm but probably none as strange as this one.

A Tesla Model X owner in Texas credited his car for ‘saving’ him and a passenger as the electric SUV was struck by a crashing plane.

It happened near Houston in Texas yesterday.

A DEA plane experienced mechanical problems during a flight and the pilot decided to attempt to land on a public road.

As the plane approached, it caught some power lines and crashed into several vehicles, including Oniel Kurup’s Model X.

Fortunately, there were no casualties despite the severity of the crash, but one of three agents on board the plane was reported injured.

The accident made the news and Kurup took to Facebook to reassure his friends and family that he was OK:

“Many saw this on the news just now. And I’m getting calls with concerns about our safety. Want to let all my friends and family know that Aarav and I are completely fine.. GOD and this CAR truly saved us today. Not a scratch on us. No one believed me when I called them to let them know a plane crashed into me. Tesla, people thought It was a prank call. Wife laughed at me at first.. Jokes aside, this was a serious matter, I saw my life flash in that minute. A second is all it takes.”

He shared a few images of the aftermath of the crash:

The Tesla Model X is the highest safety rated SUV in the US (by significant margin) with 5-star rating in every safety category – though they certainly don’t crash test for airplanes.

Tesla CEO Elon Musk commented on the accident last night after another Tesla owner brought it to his attention on Twitter:

Tesla has always tried to design its vehicles around safety and pushed to achieve the best safety rating possible, which it did for Model S and Model X.

We have yet to see all the results from the Model 3 crash tests, but Tesla anticipates similar results.