Most electric vehicles today are equipped with a single-speed transmission since most electric powertrains can deliver full torque at zero RPM.

The small Austria-based startup is known for its impressive electric vehicle conversions like a VW e-Golf with a 55 kWh battery pack, a $1 million classic Porsche 910, and a few electric vehicles for Arnold Schwarzenegger: a custom all-electric Mercedes G-Class and an all-electric Hummer.

Those vehicles were mainly to showcase their battery pack technology, but the company is now turning its attention to transmissions geared toward “high performance and torque ranges.”

Markus Kreisel, co-CEO of Kreisel Electric, commented on the unveiling:

“We have set ourselves the demanding task of building an ultra-light, electric supercar based on a historic sports car as the ideal application for our transmission.”

They developed the system for the drive unit of the Porsche 910 conversion and are now wanting to bring the system to production:

“An electric lube oil pump with integrated oil reservoir that self-enables on demand for maximum efficiency. Massively reduced drag losses due to a friction-optimized bearing arrangement. Electromechanical gear synchronization, which ensures the shortest torque interruptions through optimized torque and speed control of the electric drive during lightning-fast, 0.25-second gear shifts. In this way, any thermal impact by friction elements and possible wear effects on the shift components can be practically eliminated. A limited slip differential lock, which is also integrated, ensures uninterrupted torque transmission even in slippery road conditions. And last but not least, a modular interface that supports a wide range of applications for motor and transmission arrangements,”

Here’s a breakdown of the drive unit with Kreisel’s automated 2-speed transmission: 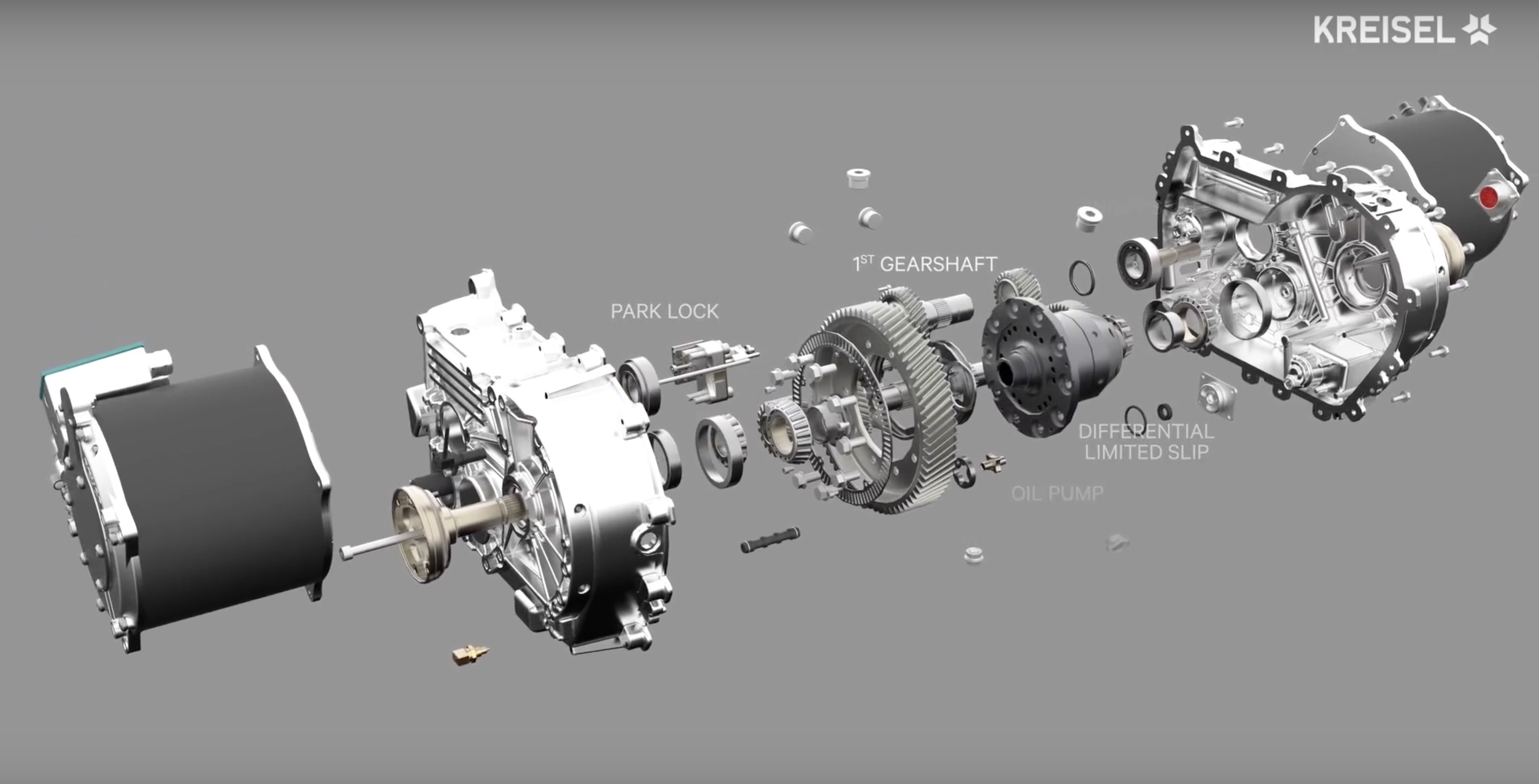 Kreisel claims that it could be configured with a 600 kW power output and an input torque of “up to 900 Nm.”

Like their battery pack technology, they now want to bring the system to commercialization in partnership with Sala Drive.