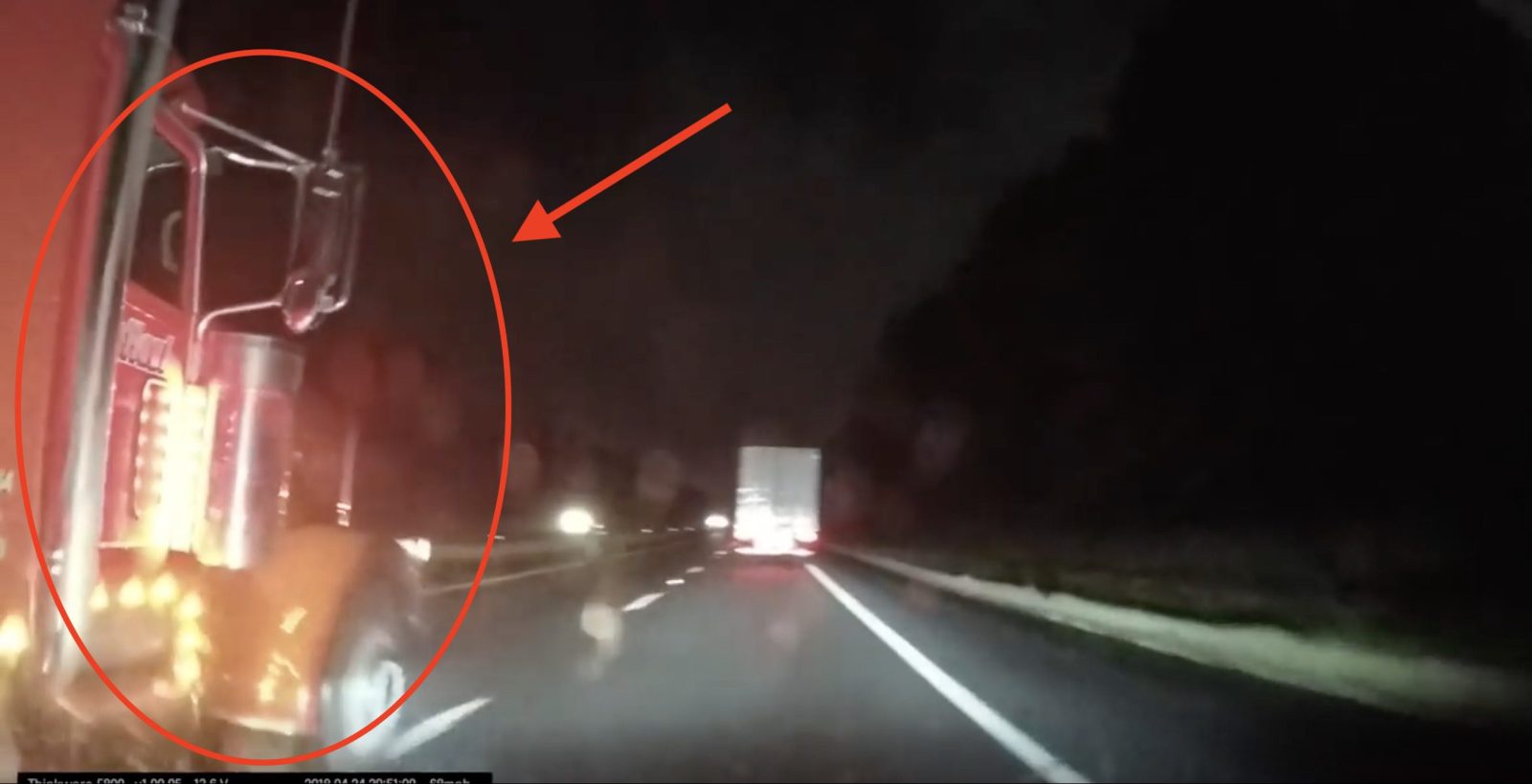 Accidents involving Tesla’s Autopilot driver assist system are often making the news, but it’s rare that the near-miss incidents where Autopilot potentially made the difference get much attention.

But now a Tesla owner says Autopilot saved him from a near-miss crash with a semi truck caught on video.

The Tesla Autopilot system powers a suite of active safety features, like Automatic Emergency Braking and Side Collision Avoidance, that are enabled even when Autopilot is not active.

But in this case, Jeremy Visnesky, who drives a Tesla Model X with Autopilot 2.0, was using the driver assist system on the highway when the incident happened.

While driving with his Model X in the right lane, a semi-truck trying to pass him in the left lane started swerving into his lane and almost crashing into his electric SUV, but the Autopilot quickly swerved on the right to avoid the truck before Visnesky could react.

The incident was captured on Visnesky’s dashcam and he posted it to Youtube:

In the description of his Youtube video, Visnesky says that he believes Autopilot saved him from the potential crash:

“I-95 south driving through NC and a semi decided to nod off or play with his phone or something. Had Autopilot not have bolted to the side I’m pretty sure he would have hit me. This is in my Ap2 Tesla Model X.”

Along with side collision warnings, Tesla’s Autopilot has been known to safely move to the side in order to avoid an accident if it detects that it’s safe on the other side of the road.

In most occasions, the Autopilot collision warning system acts first – allowing the driver to take action, like when Tesla Autopilot’s radar technology predicted an accident with a car ahead of the Tesla that was caught on dashcam a second later.

But when there’s no other option, Autopilot will sometimes take evasive measurse to avoid an accident or reduce the severity of an impact, like with the Automatic Emergency Braking feature.

We saw a similar example caught on dashcam with the first version of Autopilot back in 2016.

PSA: while stories like those are impressive and happen more often than we think, it doesn’t mean that Autopilot can save the day every time and nothing is safer than the driver paying attention at all time and being ready to take control.