New $299 electric bicycle is ultra-affordable and even airline compliant 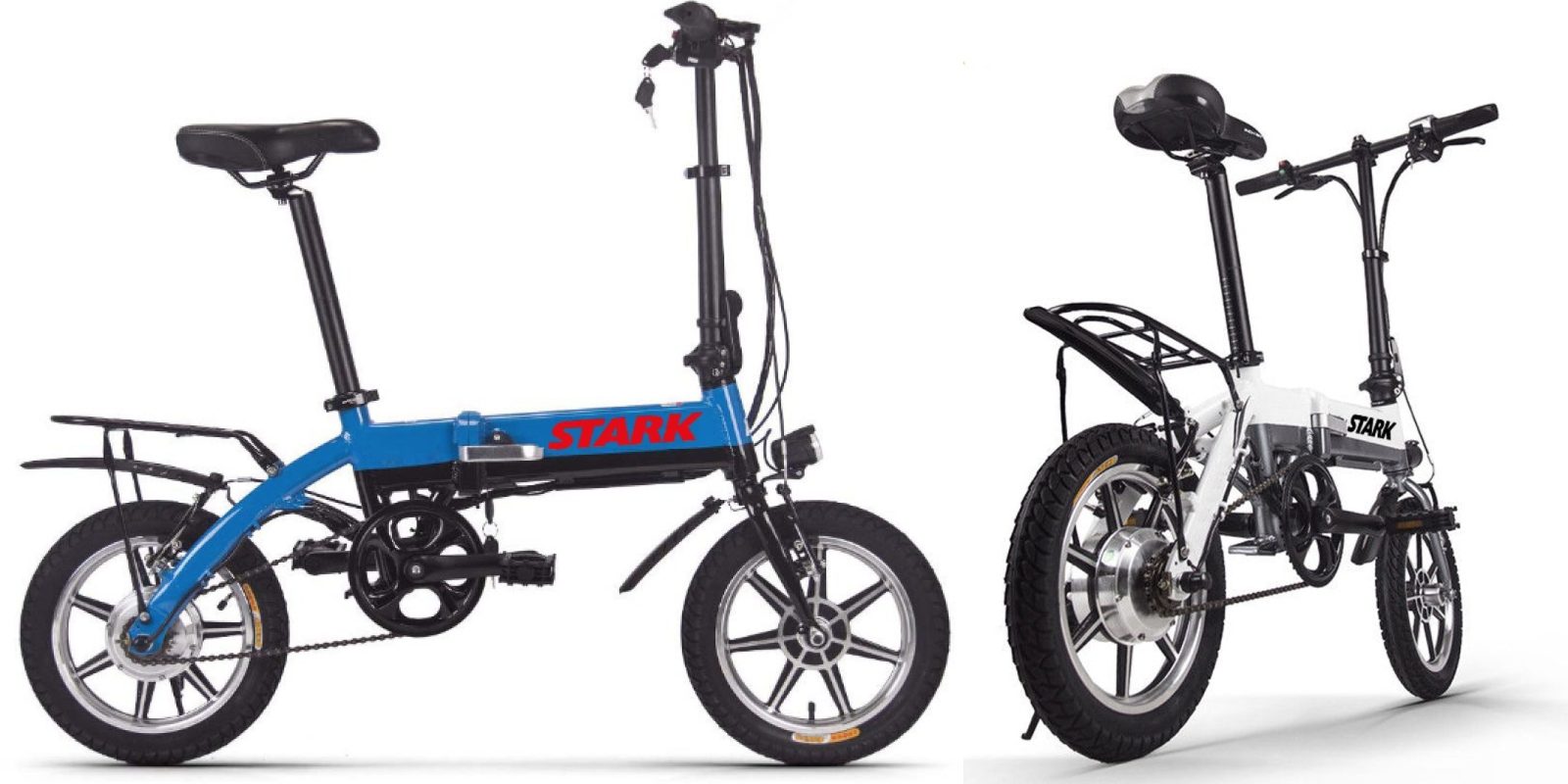 Now Stark Drive has redefined the idea of affordable electric bicycles with a new $299 offering, the Stark Drive Mini.

Stockholm-based Stark Drive is a fairly new e-bike company that rose to fame last year with their first e-bike, a $399 full-size folding bike.

Now they are back again with their newest offering, the Stark Drive Mini.

Despite the Stark Drive Mini’s small stature, the company claims that it is adjustable for riders up to 6’4″ (1.93 m). 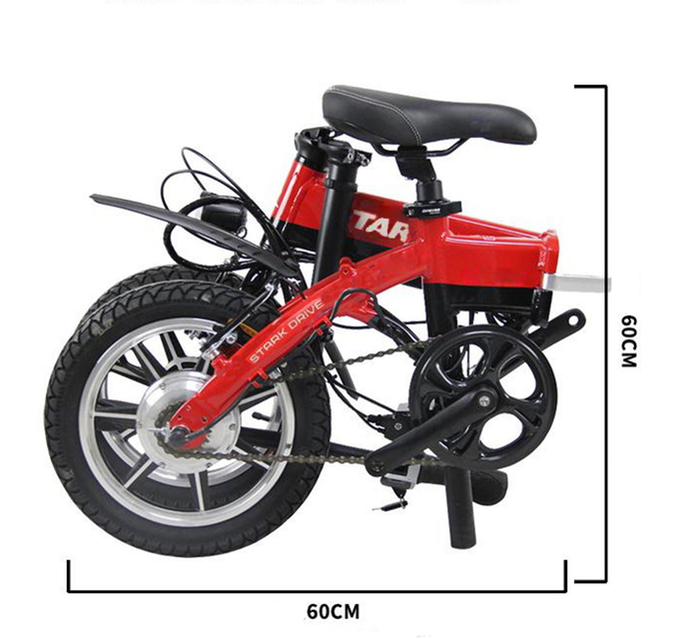 The company is pitching the little e-bike as the perfect compact model for commuting and travel.

According to Stark Drive:

“Built to be portable and highly customizable, the Stark Drive Mini e-bike will provide you with everything that you desire for your commute and everyday use. The Stark Drive Mini can easily be folded after you’ve arrived at your destination and conveniently carried into the office or classroom. The Stark Drive is also compact enough to be taken on a plane (adhering to FAA & TSA guidelines), giving you increased mobility wherever your travels take you.”

The $299 base model comes with a 36V, 7Ah and 252 Wh removable battery that is hidden inside the frame of the bicycle. For an additional fee, riders can upgrade to a 9Ah or 12Ah battery to increase the range of the e-bike. 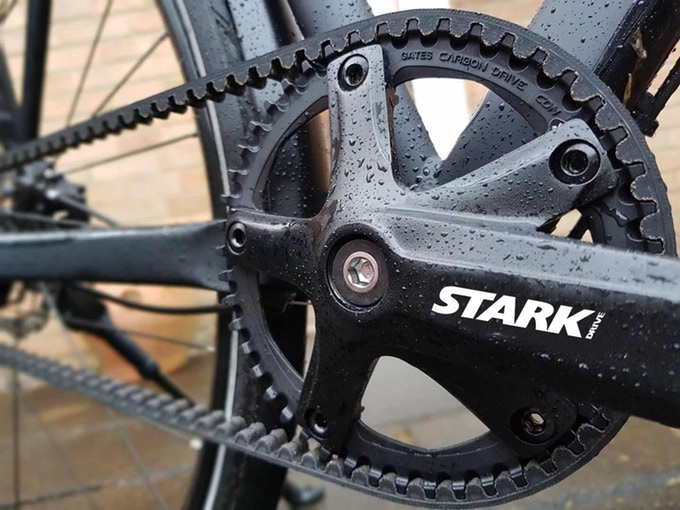 Despite the long list of upgrades, the $299 base model still comes with a nice list of standard features, including USB charging, integrated headlight and a 90 dB horn. 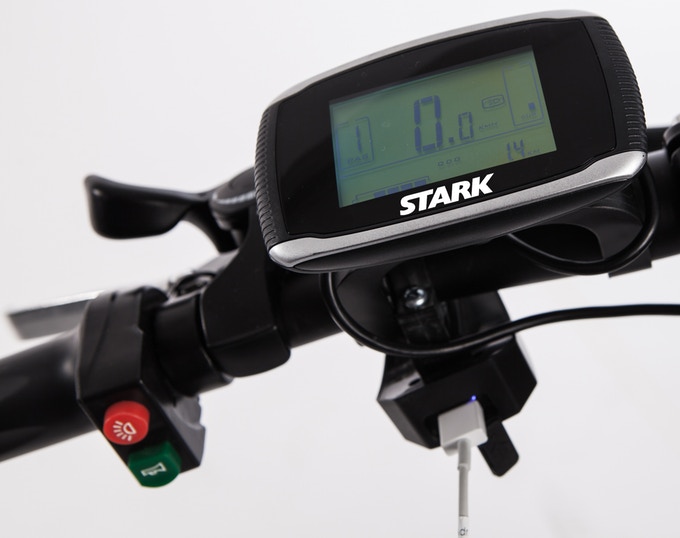 A combination of small 14″ wheels and a two-point folding frame make the 29 lb (13 kg) electric bicycle ultra-portable. Stark Drive even offers a carry bag as an option, allowing you to sling the bike over your shoulder.

The Stark Drive Mini is EU certified under the en15194 bicycle safety standards.

“The Stark Drive Mini is the ultimate city commuter which takes you from point A to point B in style and comfort, with its long battery life allowing for unlimited stops in between if you wish. It is the first e-bike that can be brought on a plane, making your travel experience more convenient and less reliant on other means of transportation.” 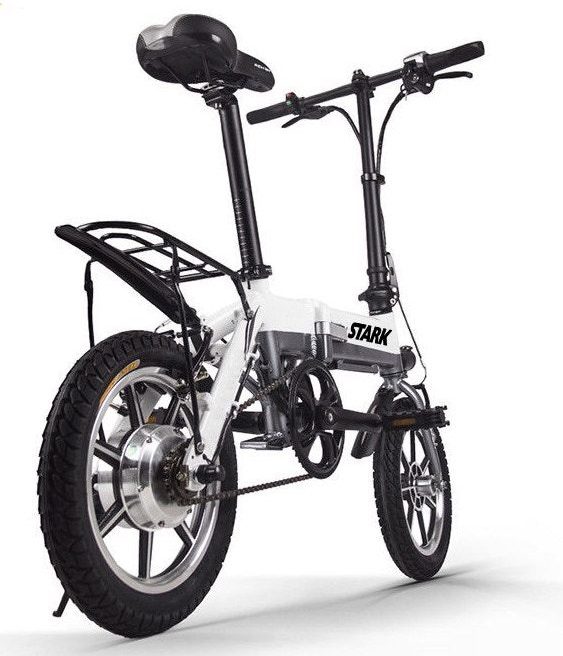 And if you think the price sounds too good to be true, then you’re not alone. Stark Drive understands that sentiment and addresses it directly when talking about their $299 price:

“At first glance it seems impossible, but let me assure you this is real and just as we were called a ‘scam’ when launching Stark Drive back in 2017 but yet delivered thousands of bikes worldwide, Stark Drive Mini is our next paradigm shifting electric bike shattering the market prices for electric bikes.”

If you want your own Stark Drive Mini for $299, you’ll have to head over to Kickstarter to back the campaign. The expected ship date is December. 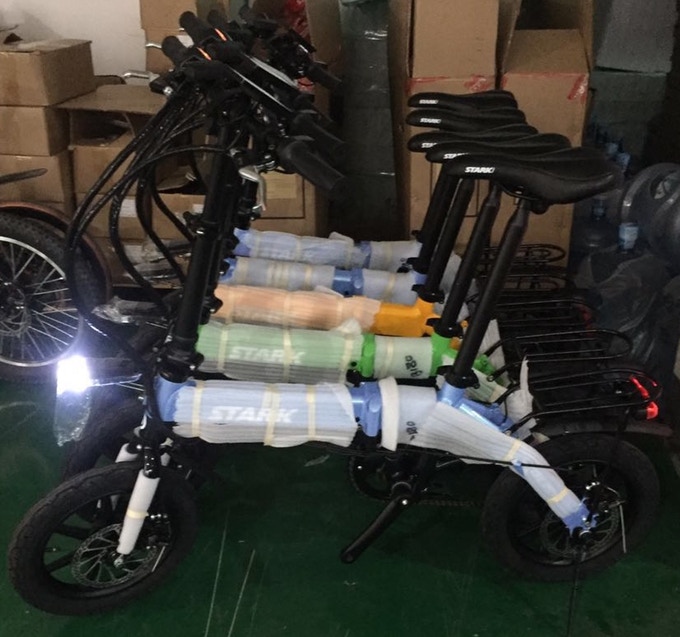 Prices have rarely been this low, with perhaps only the Xiaomi Himo electric bike that we covered costing less, at $261. Of course that e-bike is only available in China for now, unlike the Stark Drive Mini that can ship to the US, albeit for an extra $200 shipping fee. (Spoiler alert: I was able to procure a Xiaomi Himo via a friend in China, and assuming I can get it into the country, we’ll have that review coming up.)

When I see prices as low as this Stark Drive Mini, I tend to get a bit suspicious of the quality of the components. I haven’t tried the Stark Drive Mini, so I can’t vouch for it, but it does look like they are at least using decent Shimano parts and so it could actually be a steal of a deal, if the bike holds up.

The other thing to consider is that this is a Kickstarter project, so you aren’t directly purchasing from the company, but rather “backing the project” in exchange for a bike. Technically, Stark Drive, or any Kickstarter creator, could cut and run with the money, leaving their backers without legal recourse. In this case though, Stark Drive has already run a successful crowdfunding campaign for their previous bike and demonstrated their ability to deliver, so this is probably at least somewhat safer than a brand new Kickstarter start-up.

In size and construction, the Stark Drive Mini looks similar to the $499 Swagtron EB-5 that I’m currently testing out (and loving!) – that review will be coming shortly.

If the bike is in fact similar to the EB-5, then it is probably a great around-the-city or campus electric bike, but perhaps not the best long distance commuter for rough roads. Though considering the bike won’t ship for at least another 4 months and the US shipping cost will bring the total price of the Spark Drive Mini to $499, impatient riders might be better off with the equally priced and Amazon-shipped EB-5 anyways.

The last thing I’d love to hear more about from the company is the airline compliance. Stark Drive claims the bikes are TSA and FAA compliant, but with such tight regulations regarding lithium-ion batteries and air travel, I’d like to know more.