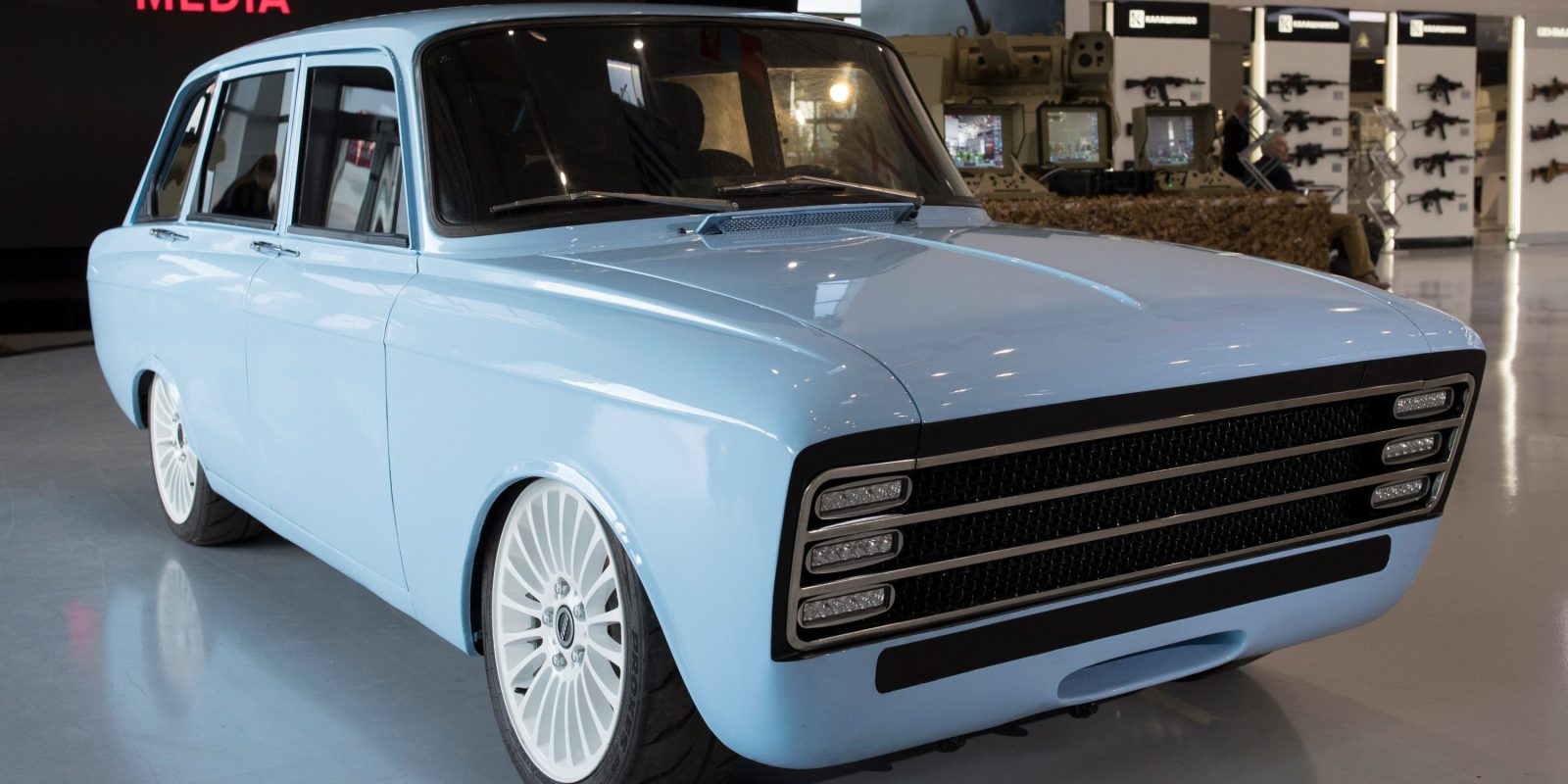 Kalashnikov, better known as the maker of the AK-47 assault rifle, has been dabbling in electric vehicles lately.

This week, they unveiled a new fully electric retro-looking car which it is using as a test platform to develop an all-electric powertrain, and they claim it competes with Tesla.

They unveiled the new vehicle at the weapons forum ‘Army 2018’ yesterday.

“We are talking about competing precisely with Tesla because at present, it is a successful project in the field of electric vehicles. We expect to at least keep up with them.”

Based on what they released about the vehicle, that’s quite a delusional claim.

Those are all the specs that they released about the vehicle, which is called the ‘CV-1’, along with a few pictures:

That said, some comments made by the arms manufacturer suggest that they actually plan to use vehicle as a test bed to develop an all-electric powertrain.

However, other Russian outlets are reporting that they could launch the car – though without any specifics in terms of pricing or availability.

That looks like a cool EV conversion project, but it makes them sound completely delusional when they say that it competes with Tesla.

For all we know, there could be off-the-shelves batteries and electric motors in there.

You would need to release way more information in order to credibly make a claim like that.

But Kalashnikov has also been working on its own electric motorcycles. Maybe they do intend to develop a lineup of electric vehicles that eventually could compete with Tesla. It’s just not there yet.