A Tesla Model S vehicle has caught fire while driving on the highway in New Jersey earlier today.

The owner says that the vehicle caught on fire after it hit a component that fell off a truck and he said that he was “happy” with how the Model S kept him safe.

Car fires involving Tesla vehicles are getting a lot of attention – often unwarranted when it is the result of major accidents that would more often than not result in a fire with any vehicle.

That said, there are also some more worrying instances of Tesla vehicles catching on fire without any impact.

This was reportedly the case with a Tesla Model S battery fire ‘without accident’ that happened in June.

Now we’ve learned of a Model S that has caught on fire while driving on the 78 highway in Northern New Jersey earlier today (picture by Antoine Lambert): 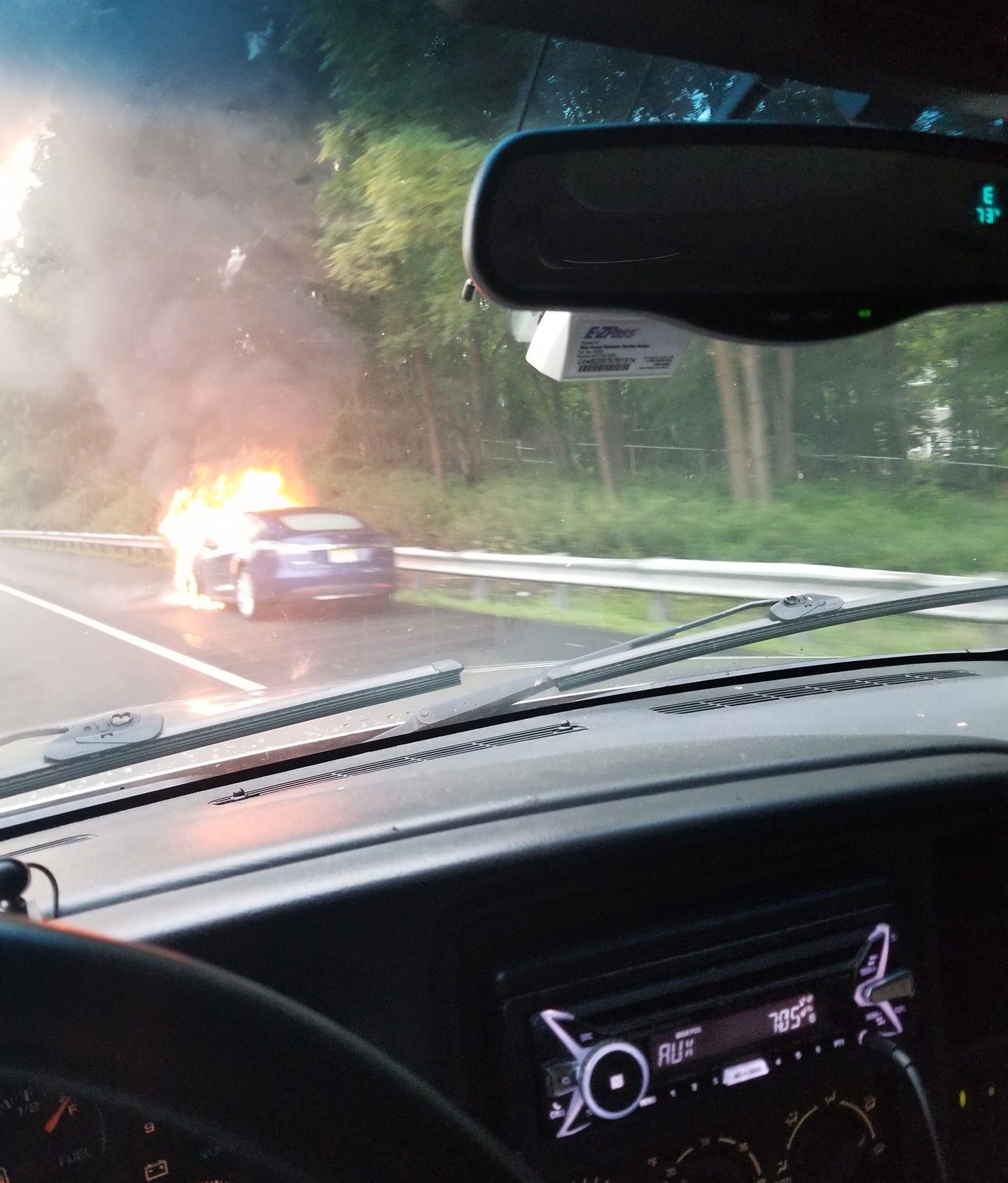 A witness that drove by the aftermath told Electrek that there was no evidence of any impact, but we contacted Tesla about the accident and the company said that there was actually an impact:

“The owner of this vehicle reported to us that his Model S collided with a large suspension component that fell from an 18-wheeler truck, causing the Model S to be partially lifted off of the road and resulting in loss of control of the vehicle. He was able to safely get himself and his possessions out of the car before there was any fire. He told us how happy he was that the car kept him safe even though the impact was so severe.

Serious crashes like this can result in fire regardless of the type of car, and based on our fleet of over 300,000 cars, which have driven over 7.5 billion miles, we know that a Tesla vehicle is at least 10 times less likely to experience a fire than a gas car.”

The aftermath is reminiscent of a few instances of Model S battery packs being punctured by objects on the highway which led to fires.

Tesla ended up adding a new underbody plate to the vehicle to fix the issue.

In this case, it’s unclear if the object actually punctured the pack or if the fire was the result of the impact apparently “lifting” the vehicle.

I don’t think that anyone should be alarmed by this yet and it is true that Tesla fires are not really statistically significant, but we are going to keep an eye on it and report back if we learn more about the cause of those most recent fires.