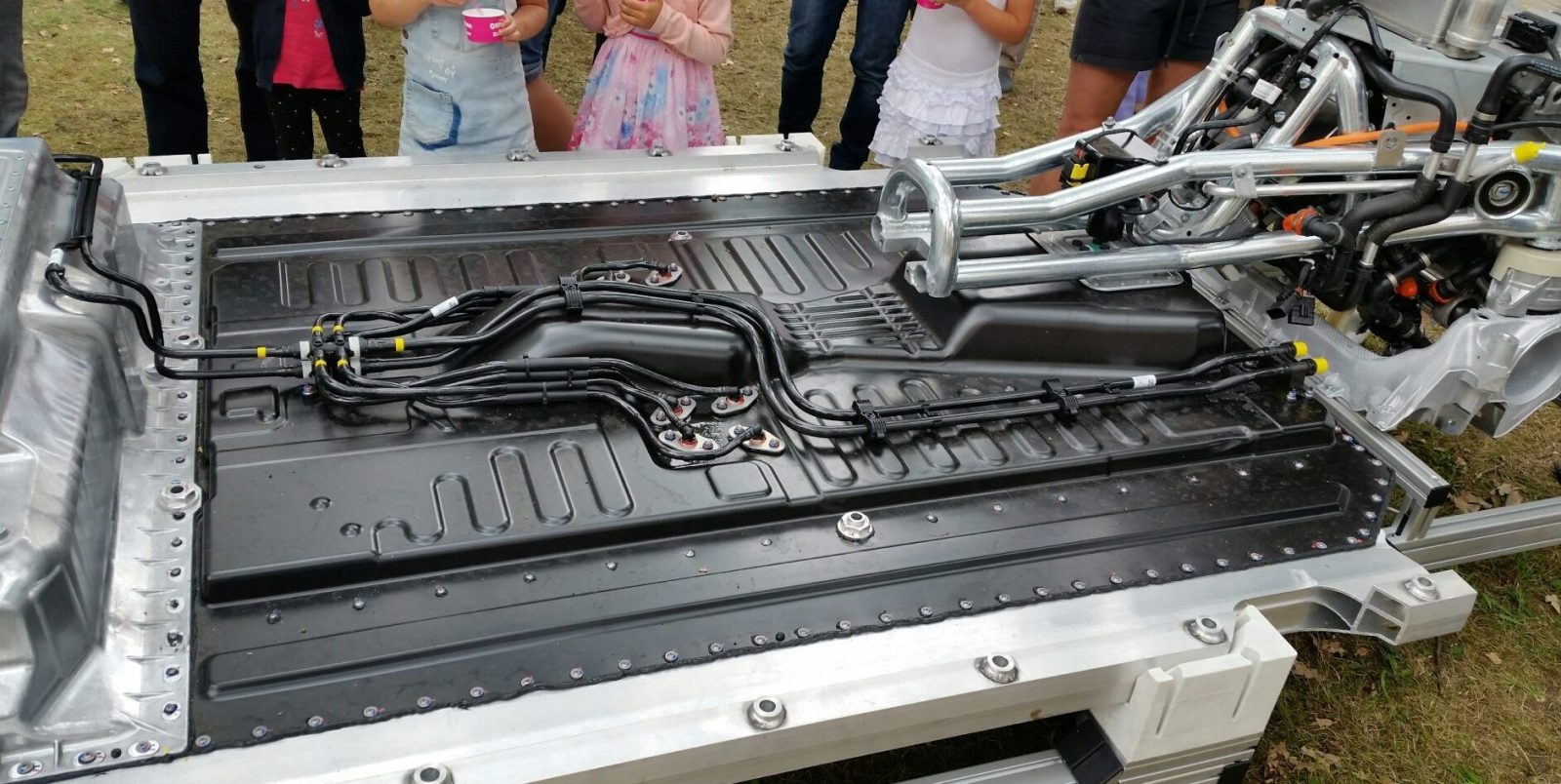 Mercedes-Benz is preparing to launch its first all-electric vehicle built to be electric from the ground up, the EQC all-electric SUV. Now we’ve got a look at the all-electric powertrain that the company developed for the vehicle and other upcoming EVs.

Last week, we got a look at a test vehicle spied with less camouflage ahead of a production unveiling.

While we still don’t get to see the full production version, now we get to see the vehicle’s powertrain, which Mercedes-Benz displayed outside its Bremen factory during an event for its 40th anniversary (image credit to Bones on TFF-forum):

As you can see, Mercedes-Benz went with the now almost industry standard skate-like battery pack installed at the bottom of the vehicle.

The drive units are fairly compact and located on the axles as previously mentioned.

Mercedes-Benz also released a new teaser for the EQC and it also includes a quick look at the powertrain:

The German automaker plans to bring the vehicle to production next year, but it could also unveil the production version of the SUV in the coming months.