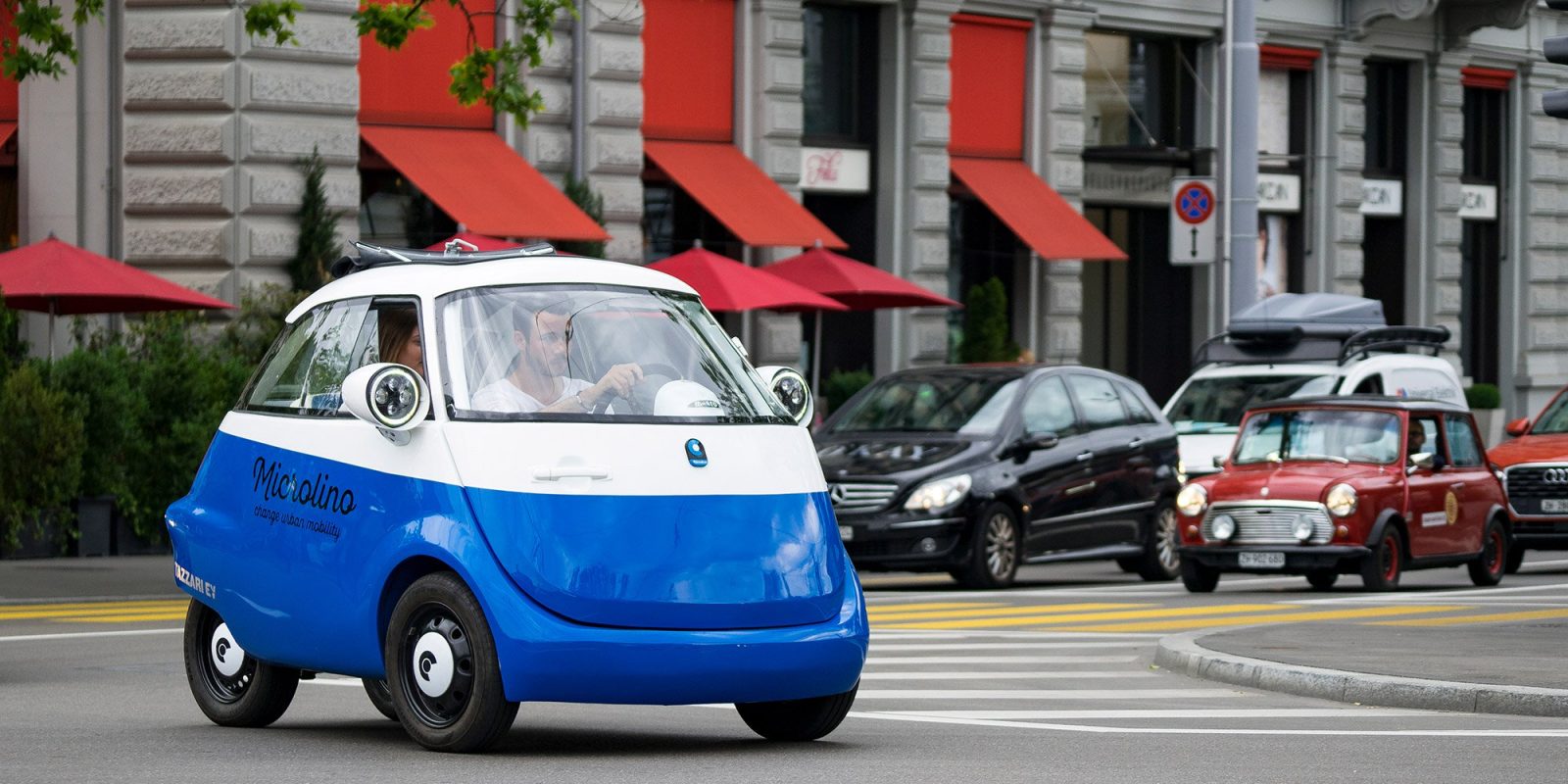 Micro cars, bubble cars, mini EVs, whatever you call them, there’s a new one on the block and it’s ready to roll into Europe after receiving street legal certification from the European Union this week.

The Microlino is one of the newest little EVs to offer green commuting in a small yet still fully enclosed package.

The Microlino has two different lithium iron phosphate battery options. The 8 kWh pack should provide 80 km (50 mi) of range, while the larger 14.4 kWh pack should be good for up to 215 km (134 mi). 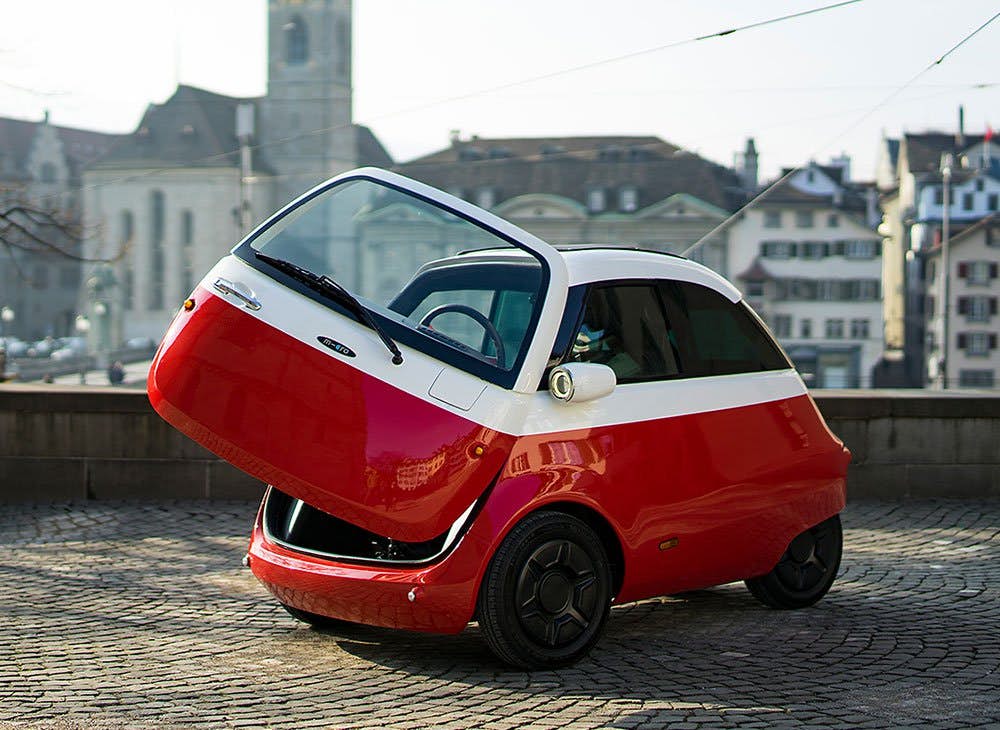 The manufacturer claims it can be recharged from a standard wall outlet in just 4 hours, though that is using Europe’s 220V network.

Bump up to a Level 2 charger and the recharge time drops to just 1 hour.

If the Microlino gives you the retro feel, that’s no mistake. According to the company:

“The goal was to create a vehicle, which was inspired by the bubble cars from the 50’s, but with modern design and technology. In addition, it should be eco-friendly in production and during usage.”

The Microlino has actually been in development for over 2 years now. The initial goal was to begin deliveries by now, but it looks like production won’t begin until the end of this year, with first deliveries slated for the beginning of 2019.

The delays haven’t done much to tamp down enthusiasm though, with over 6,500 pre-order holders already waiting in line.

The source of the delays was apparently due to the complicated design challenges of the unique front door, which encompasses the entire front of the vehicle, BMW Isetta style. 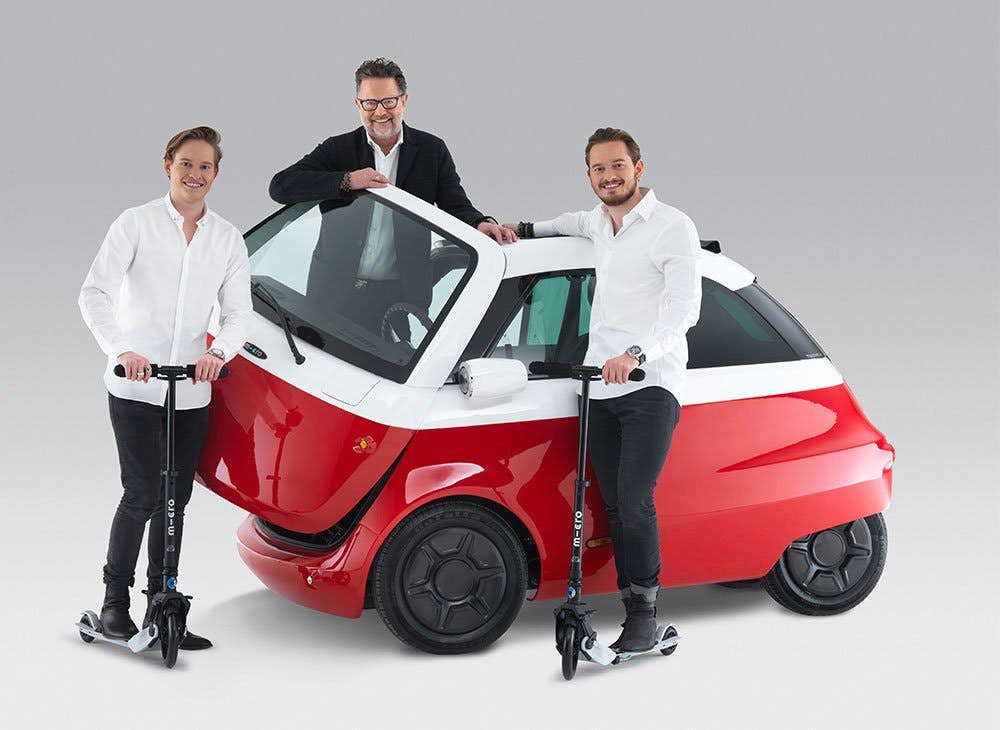 “The reasons for the delays was that due to the special form of the Microlino and the front door, the homologation took more time than we expected. Additionally, we wanted to get your feedback first, before we start production.”

The Microlino can be yours for a cool €12,000 ($13,990), which falls somewhere between the price of an electric motorcycle and a (bigger) electric car.

Sales will begin for new vehicles in Switzerland by the end of 2018, with sales in Germany opening next in early 2019.

I’m all about the micro cars.

I’d love an antique Peel P50, the smallest production car ever made, but the odds of that happening aren’t great.

The Microlino has a number of advantages over the microcars of old, not the least of which is the fact that it’s a bona fide electric vehicle. Plus, what’s the point of having such a cool little car if you can’t carry a passenger.

With space for two, you can impress (or crack up) that cutie at the coffee shop in style!

Plus, the Microlino actually looks decently practical for city use, with 300 L (10.5 cubic ft) of storage space. That’s a whole pile of groceries right there.

I don’t think I’d really want to drive it at 56 mph or take it on a highway, but knowing that you’ve got some more oomph in the tank if you ever had to floor it to get out of a sticky situation is nice to know.