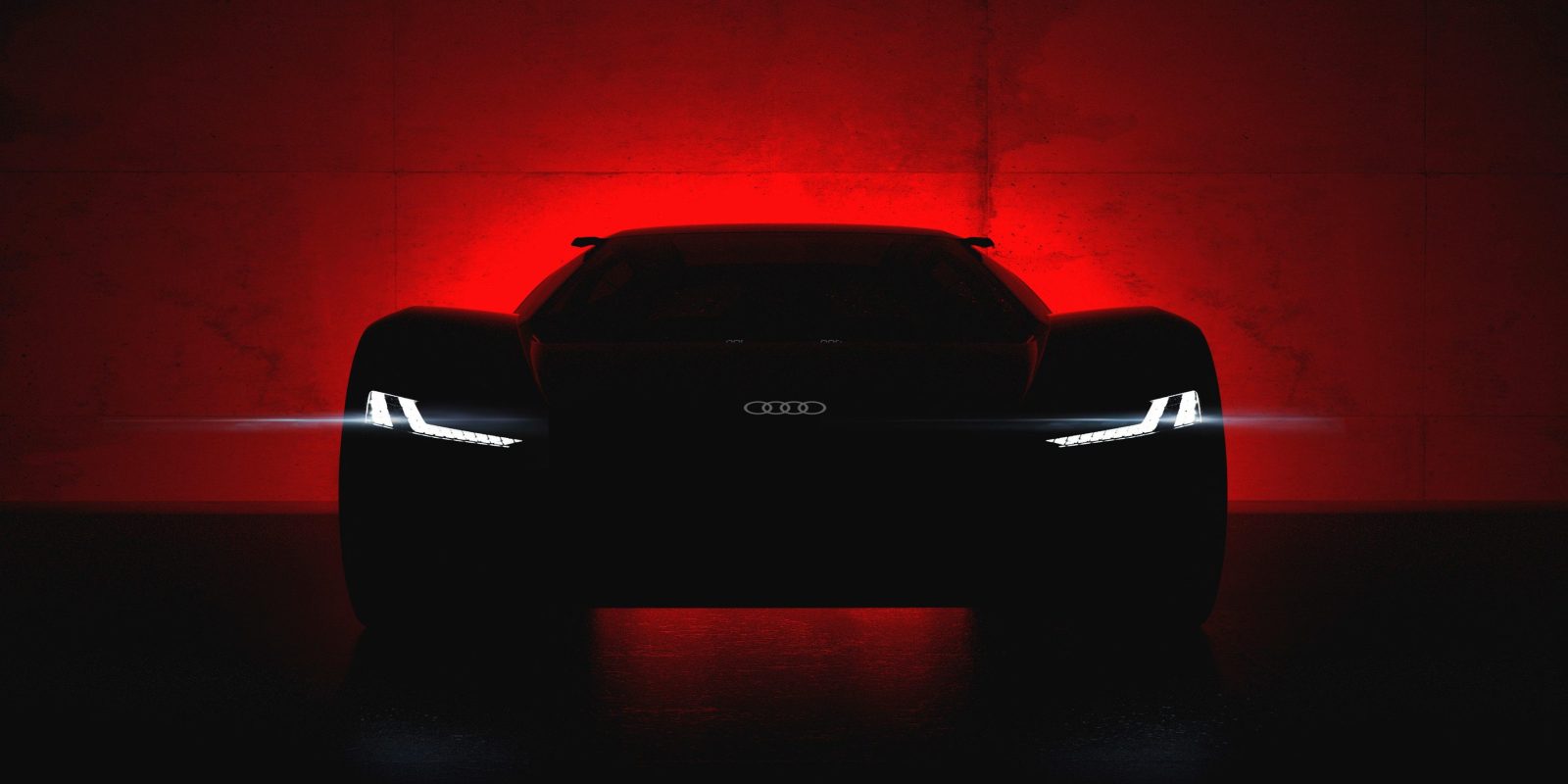 While the EV community is anticipating the launch of the Audi e-tron quattro in September, the German automaker nows says that it will unveil another electric vehicle before the quattro: an e-tron electric supercar.

Audi didn’t release many details aside from the teaser image above and the tagline “Emotion instead of emissions: powerful electric drive.”

They explain the name of the car:

“The abbreviated name for the Audi premiere – Audi PB18 e-tron – refers to the Pebble Beach venue and the year of the debut. It likewise recalls the LeMans-series winner Audi R18 e-tron, whose technology inspired the solutions for various details. The styling of the Audi PB 18 e-tron was developed at the new Malibu Design Loft.”

Audi says that the prototype will serve as a “design study for a puristic sports car of the future.”

It is actually not the first time that Audi built an electric supercar. They built and sold a battery-powered version of the Audi R8 marketed as the ‘Audi e-tron’.

The Audi e-tron was first unveiled in 2009 – right after Tesla started delivering the original Roadster. The German automaker claimed it can travel up to 280 miles (NEDC) on a single charge and accelerate from 0 to 62 mph in 3.9 seconds, with a top speed of 155 mph.

Audi ended up delivering fewer than 100 units over the 2 years of production and they officially killed the program in 2016.

It wasn’t exactly surprising that the vehicle failed since it was basically an electric version of the Audi R8 but selling for 1 million euros or about 6 times the price of a regular Audi R8.

But now that Audi has heavily invested in electric powertrains for the development of the e-tron quattro and other upcoming EVs, it would make sense for the German automaker to go back to electric supercars.