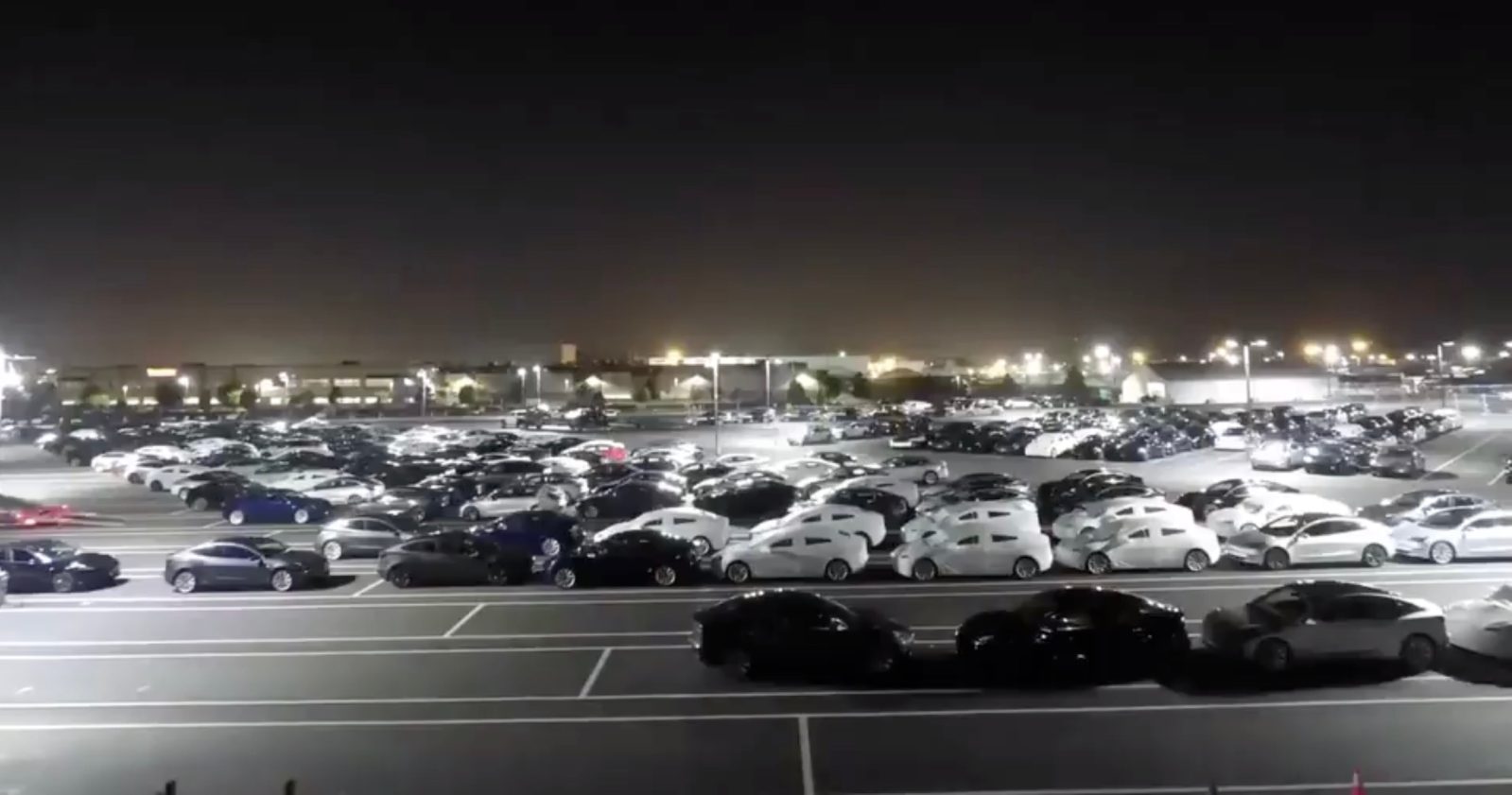 Tesla’s record production week is not impressing investors and Wall Street as much as CEO Elon Musk expected as Tesla’s stock tumbled another 7 points today.

The company is now releasing a new timelapse video of vehicles leaving the factory in order to prove the record week.

As we reported yesterday, Wall Street threw some cold water on the Model 3 production ramp which they see as unsustainable or unprofitable.

It’s not the first time that Tesla’s end-of-quarter production pushes were criticized.

It ranges from Tesla shorts and naysayers going as far as claiming that Tesla is lying about its actual output to people complaining that Tesla has historically extrapolated its production capacity to exaggerate its overall production output.

This time around, Tesla reported production of almost 7,000 vehicles (~5,000 Model 3’s and 2,000 Model S and Model X vehicles) during the last week of production without any extrapolation.

To show the factory output, Tesla released a video timelapse of vehicles leaving the factory:

This incredible output during the week resulted in Tesla having an extraordinarily high amount of vehicles in transit: 11,166 Model 3 vehicles and 3,892 Model S and X vehicles were in transit to customers at the end of Q2.

I think we might have been focusing too much on Tesla’s production goals and it is resulting in diminishing what is undeniably incredible.

That’s still an unprecedented level of long-range electric vehicle production that no other automaker is even coming close to at this point.

I can get why delays in the production ramp are frustrating for Model 3 reservation holders who are waiting for their cars, but I don’t understand why the shorts and naysayers, and apparently, Ford now, are laughing at Tesla’s manufacturing capacity.

Tesla undeniably still has issues with its manufacturing efforts, but it is already second to none for long-range electric vehicles and it is evidently doing better.

I’d like to see an increased focus on quality over quantity now that Tesla is already at relatively high levels of production, but with the announcement that they are aiming for 6,000 units per week by next month. I think it will be more of the same for the next month at least.