Tesla CEO Elon Musk is spending the last few days of the second quarter at the Fremont factory in order to oversee the automaker’s end-of-the-quarter push to achieve a production rate of 5,000 Model 3 vehicles per week.

Without disclosing the production rate, Musk shared a few rare images from inside the factory.

Musk is back to sleeping at the factory and even spent his birthday on the factory floor.

Though he seemed quite happy about it:

Appreciate all the good wishes. First bday I’ve spent in the factory, but it’s somehow the best.

It’s the latest of several examples of Musk seemingly being quite happy with the Model 3 production ramp up in recent weeks – leading to the end of the quarter.

Over the past few days, he even started releasing some images from different places around the factory on his Instagram and Twitter.

He also showed images of the paint shop – including some Model 3 vehicles going through it:

According to an email Musk sent to employees earlier this month, the paint shop was still a bottleneck for Tesla to achieve a production rate of 5,000 Model 3 vehicles per week just over a week ago.

The CEO also shared images of the seat production – something that Tesla brought in-house a few years ago:

Musk also showed a large batch of Tesla drive units ready to be lifted into the chassis of the electric vehicles: 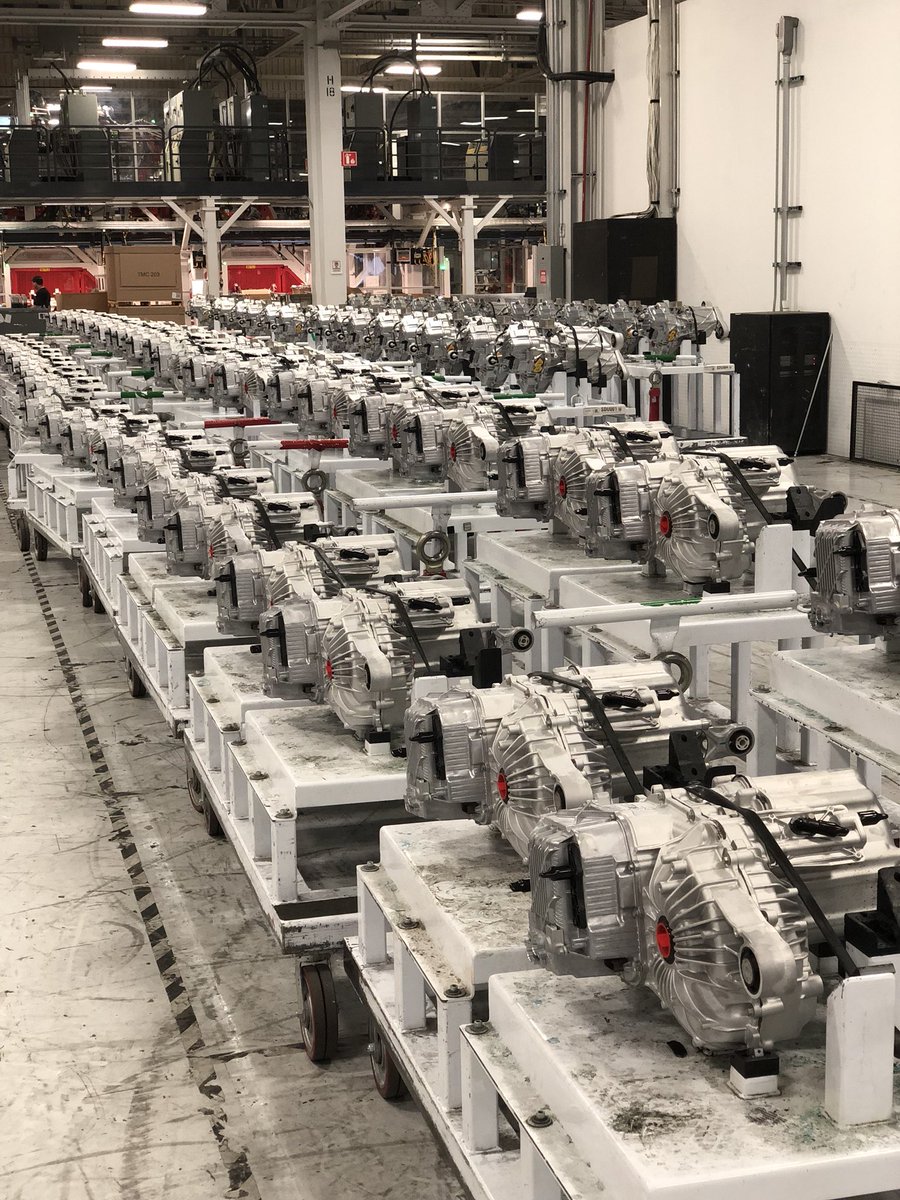 Finally, Musk most recently shared a video of what appears to be a welding station where half a dozen robots are working on parts of vehicle chassis:

Tesla is currently trying to make its last production ramp push before the end of the quarter, which is officially today.

Historically, Tesla has achieved its highest production day during the very last day of the quarter and then extrapolated that production rate to a full week.

It wouldn’t be surprising to see Tesla do this again this quarter, which I don’t really see as an issue as long as they can maintain that production rate after.

It wasn’t the case two quarters ago, but it apparently was last quarter. Hopefully for reservation holders, it will be the case this quarter.

I am confident it will be because Tesla didn’t want to introduce new options into production before achieving the production rate and it has now opened orders for dual motor vehicles – leading me to believe they feel ready to take those into production.

As for the images, we can’t really infer much information about the production from them, but it still fun to see rare new images from inside the plant.