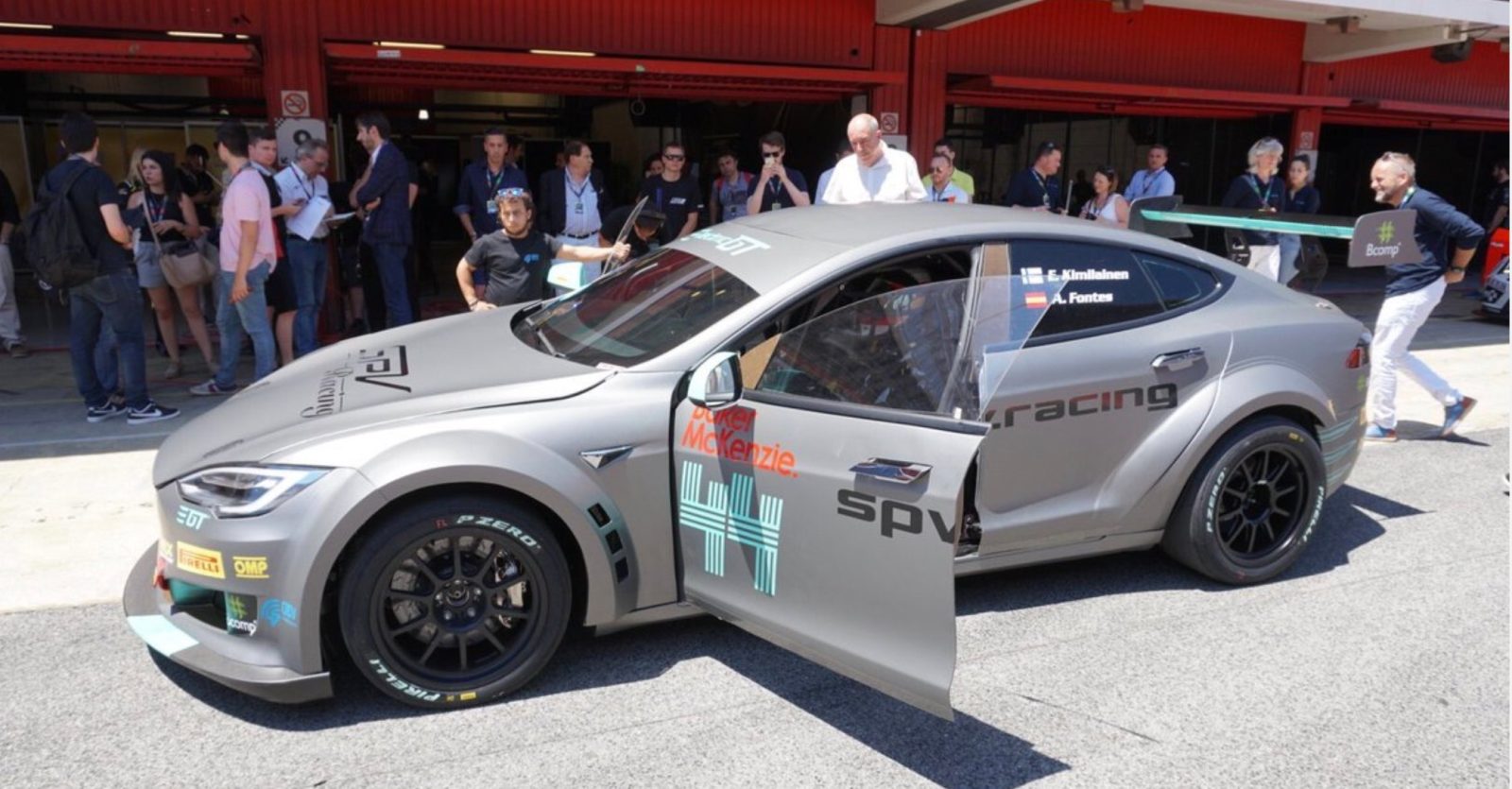 After a few delays and setback over the last year, Electric GT, the Tesla racing championship, is now pushing ahead for the first season to start at the end of the year.

Now they have delivered the first Tesla Model S P100D stripped-down and race-ready to one of the Electric GT teams that will be competing in the championship.

The change turned out to be a good decision since they ended up crashing their original Tesla Model S prototype race car during testing.

As for their modified Model S P100D, they have claimed that they reduced the weight by 1,100 lbs with biocomposite and by stripping the interior.

Last night, they officially unveiled the first working vehicle in Barcelona for delivery to SPV RACING, the first team to get the Electric GT Tesla Model S P100D:

They gave some test rides in the vehicle on the race tracks, but it doesn’t look like we can confirm Electric GT’s performance claims from those rides.

Here you can watch Emma Kimiläinen, one of the SPV RACING drivers, take a Spanish reporter for a test ride:

On top of the weight reduction, Electric GT claims to have strengthened the brakes and suspension.

The powertrain of the Tesla Model S notoriously gets very hot and power is eventually limited when pushing the machine to its limits for extended periods of time – like you would do in racing conditions.

During a presentation in 2016, Mark Gemmell, founder and CEO of Electric GT, said that were addressing the issue, but we have yet to see one of their modified vehicles being pushed to its limits yet.

Earlier this year, they confirmed their first 10 races for their inaugural 2018-2019 season.

They managed to secure dates on the Nurburgring track, the Park Assen Circuit, and the Algarve Portimao Circuit in Portugal, while a few other races are being finalized. The first race will happen in Spain during the first week of November.