Renault expands its electric vehicle-only stores to another location 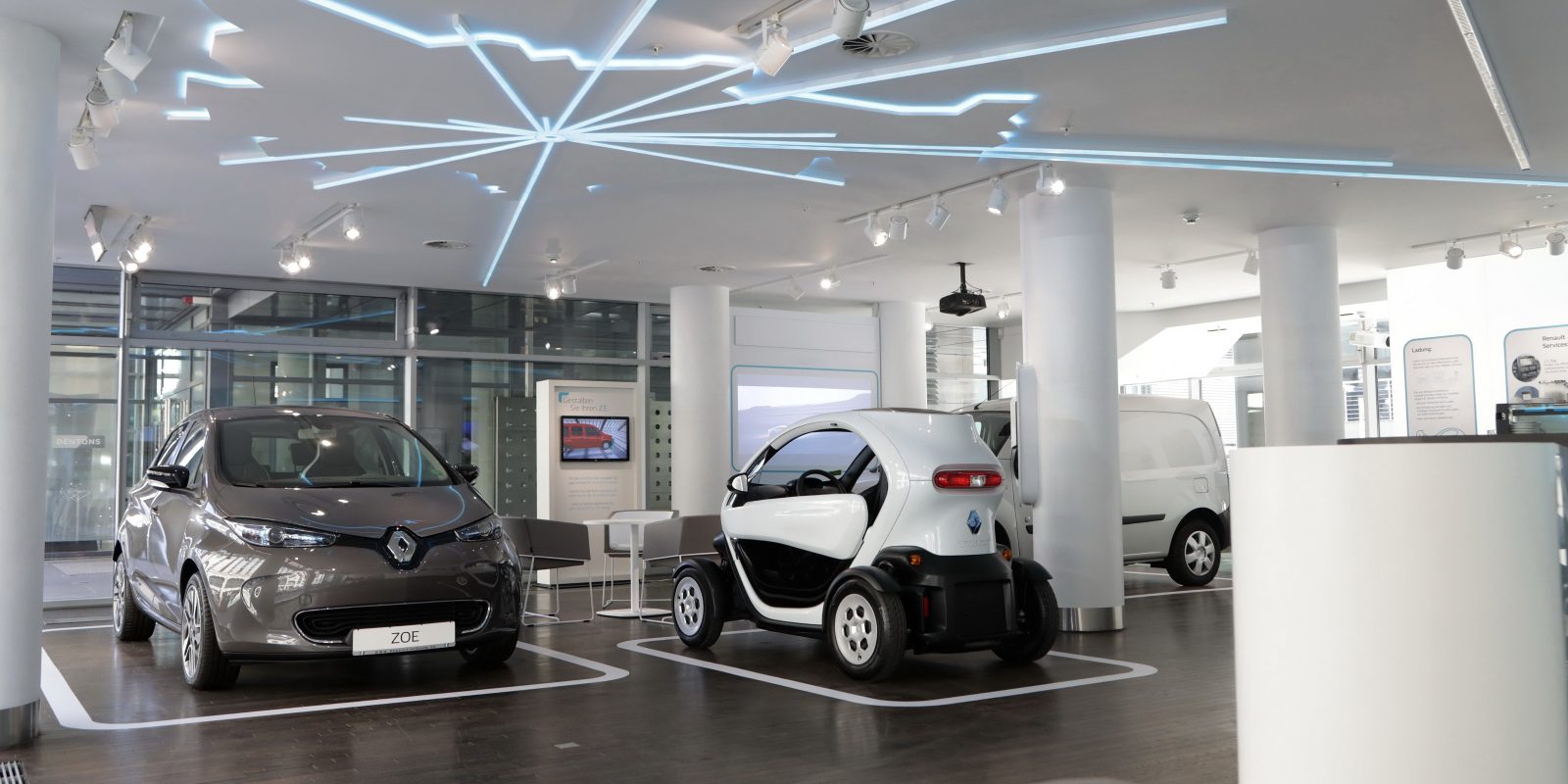 Some of the legacy automakers who are really serious about electric vehicles are also trying to address the issues that come with selling both electric and gas-powered cars at dealerships.

Renault is exploring electric vehicle-only stores and after a successful pilot project in Stockholm, it is now opening a second location in Germany.

It can be difficult for dealerships to sell both electric cars and gas-powered vehicles at the same time since the strengths of one are often the weaknesses of the other.

Car dealers are incentivized to sell what they have on their lots and since that’s currently mostly gas-powered vehicles, they don’t put a lot of effort into selling EVs.

That’s partly why Tesla decided to bypass the dealership model and operate its own stores.

They were proven right by a few different studies of the electric vehicle buying experience. Most recently, one found that electric car adoption is slowed down by ‘dismissive and deceptive car dealerships’.

Now Renault is trying an approach similar to Tesla’s in Europe.

The program was apparently quite successful as Renault reports that it attracted “more than 14,000 visitors in the first three months.”

The French automaker is now announcing that it is expanding the program to a second location – this time in Berlin, Germany.

“More and more motorists are taking a close interest in electric vehicles but they still know little about them. As Europe’s most successful EV brand to-date, Renault’s objective is consequently to go out and meet these customers, address their questions and ease the switch for those who decide to make the step to an electric life.

Like at the Stockholm location, the store in Berlin is located in a high foot traffic area: Berlin’s historic city centre near the Gendarmenmarkt square.

Staff at the store will “engage with customers and answer frequently-asked questions about electric cars, while promoting the benefits of driving such vehicles.” Renault says that they are trained to discuss their electric vehicles, like the ZOE and the Kangoo ZE, but also charging infrastructure and local EV incentives.

The new store is now open. Like the one in Stockholm, it is still only a “concept”, but Renault says that it is now “considering opening EV concept stores in other European cities.”

I have said it before. I think this is the smart thing to do.

Don’t get me wrong, I think that there are ways to get electric vehicles integrated into the current dealership model, but I just think that it is a lot harder to do than simply EVs having their own locations – at least for now.

I even encourage some legacy automakers to create new sub-brands for their electric vehicles to differentiate them even more from their current offerings.

You would think that Renault, or any other automaker for that matter, would have trouble doing this in the US since Tesla has had a lot of issues with direct sale bans, but Renault is actually partnering with local auto dealers for this program.

For example, the Berlin store is done in partnership with Renault Autohaus König.

If an automaker can find willing dealers in the US, it could be done there too.