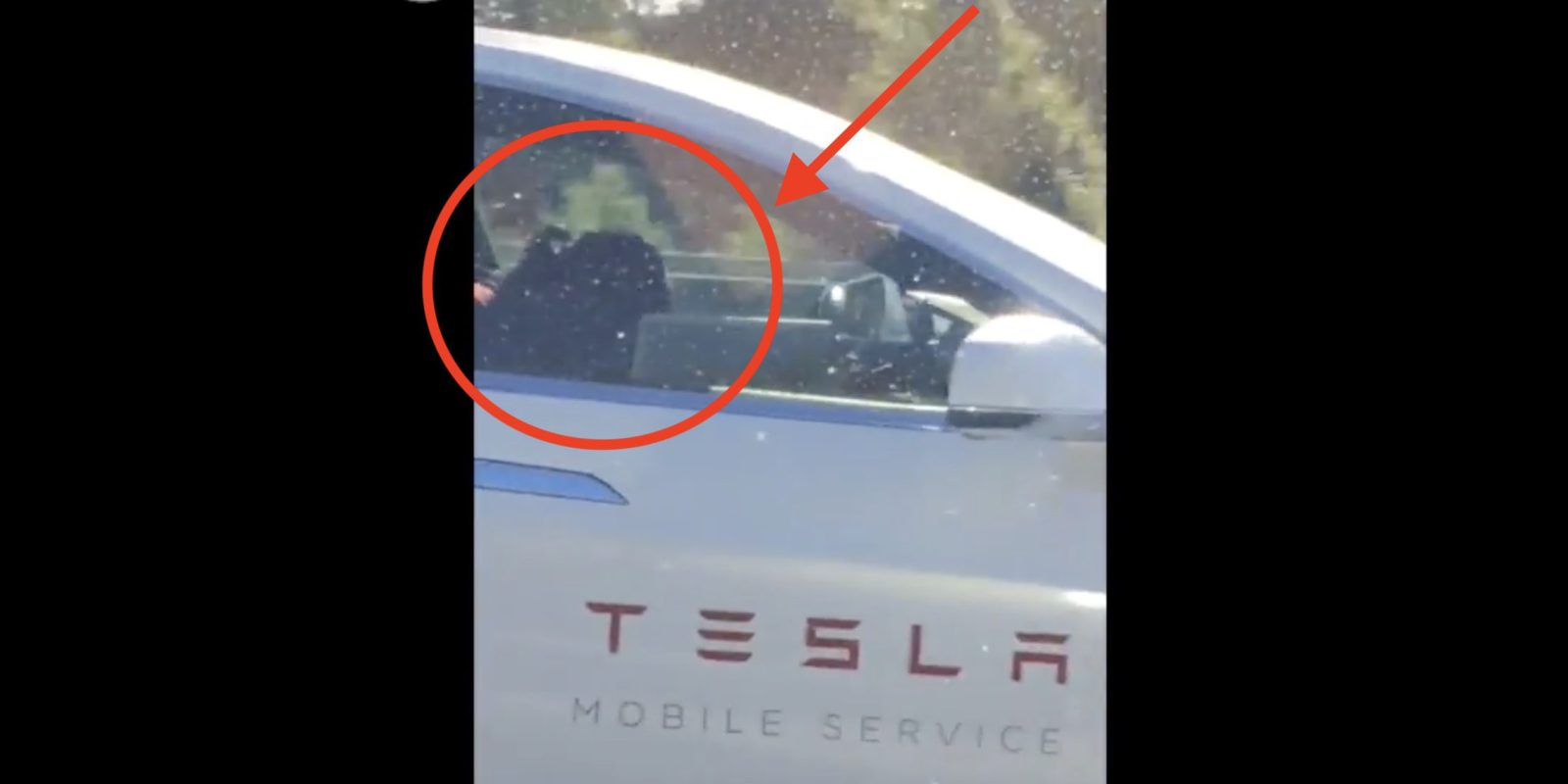 Amid the controversy over the use of Tesla Autopilot and the few highly publicized accidents involving the driver assist system, a Tesla service technician has been filmed either asleep or unconscious at the wheel of a Model S driving on Autopilot.

Tesla Autopilot under its current form is a level 2 driver assist system and the driver is always responsible to stay attentive and be ready to take control at all time.

The automaker makes this clear in the user manual and when activating the feature in its vehicle settings.

But it has never stopped some owners from abusing the system.

Not long after first releasing the Autopilot’s Autosteer feature, a Tesla Model S driver was caught sleeping at the wheel while on Autopilot.

But in a first, now a Tesla employee has been filmed apparently sleeping, though possibly unconscious, at the wheel of a Tesla Mobile Service vehicle.

A friend of Tesla owner Mike Cagulada filmed the dangerous event on June 4th, 2018, near Fremont, CA and Cagulada posted it on his Youtube channel:

The video says that the employee is sleeping and while it does appear that her or his head is resting completely down under the level of the steering wheel, it could also be a medical emergency and the person could be unconscious.

We sent the video to Tesla for a comment on the situation and a spokesperson said: “We take safety very seriously and are investigating this incident.”

Just like we discussed when music producer Zedd said that “Tesla Autopilot probably saved his life” after he fell asleep at the wheel, while it does show an advantage of Autopilot, it’s not a substitute for trying to recognize signs of fatigue and getting off the road.

Though as people pointed out in the comments of that last post, it can be hard to recognize those signs if you have never fallen asleep at the wheel before.

And again, we are not exactly sure that it is what happened here.

Also, as Elon Musk pointed out, Tesla Autopilot accidents most often happened to experienced Autopilot users who become overconfident in the system.

It wouldn’t be surprising that some employees who drive the cars for their jobs fall into that category, but they should of course lead by example and use the feature appropriately.

But again, we don’t know exactly what happened here.