A lot of important news came out of the meeting.

We reported on several of the most important announcements:

Musk reiterated that he is confident Tesla will achieve its targeted production rate of 5,000 Model 3 vehicles per week by the end of the quarter and that it should lead to positive cash flow during the second half of the year.

Shareholders liked what they heard and the stock kept rising steadily all day today: 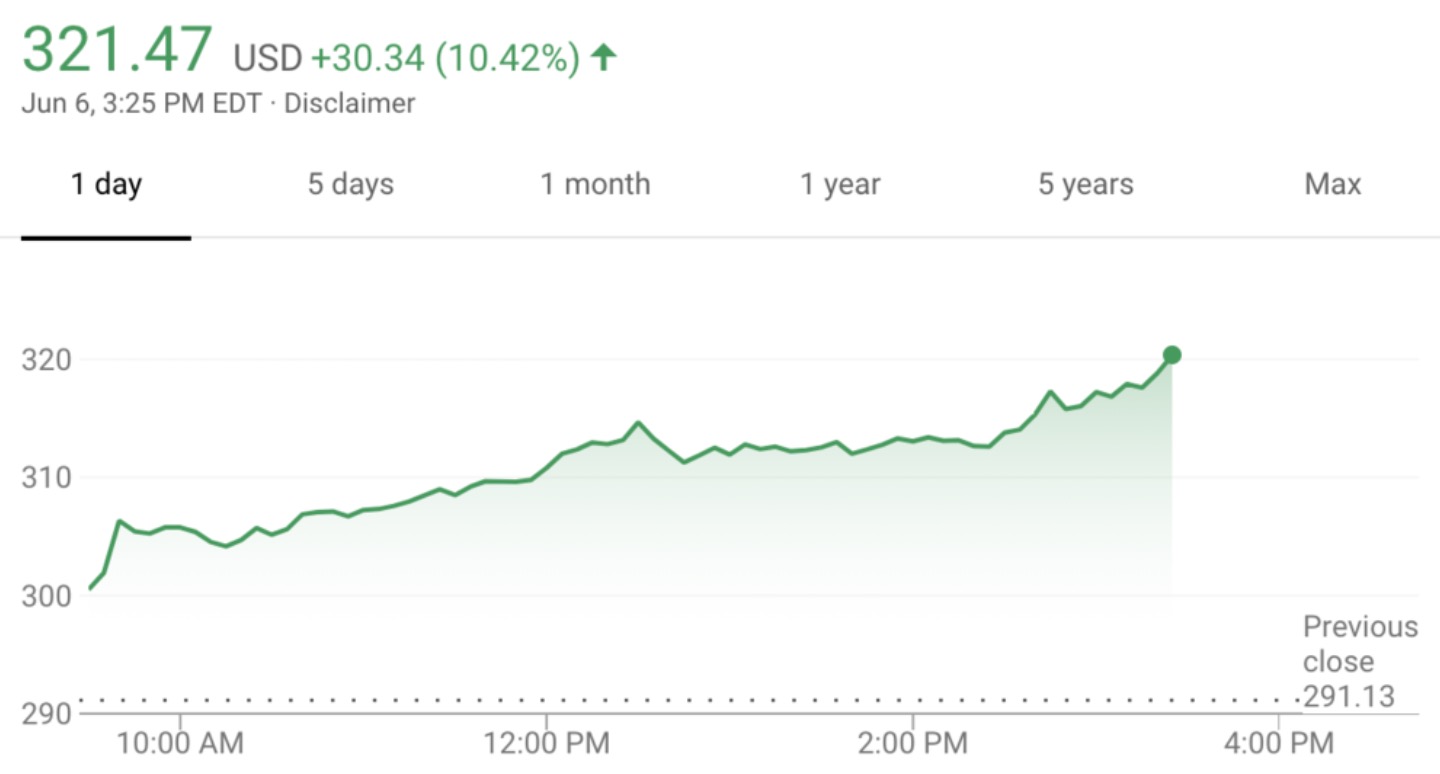 It comes a few weeks after Musk bought $10 million worth of Tesla stocks (TSLA) just as he predicted a short squeeze.

Short sellers on Wall Street have been building up massive positions against Tesla. As of the last report, the bet was worth as much as $12 billion and short sellers are starting to have issues finding shares to borrow, which increases the borrowing fees.

Musk warned of a ‘next level short burn of the century’ – meaning that he predicts short sellers will rush to exit their position as Tesla’s stock price increases.

I don’t think that the results of the votes had any impact since it was quite predictable that most shareholders would vote with the board.

I think most of the increase comes from Musk’s confidence in hitting the Model 3 production goals and achieving profitability.

We are just a few weeks out before the end of the quarter, which means that he has good insights into the status of the production going into the third quarter.

Their latest attempt to undermine the company is to claim that Tesla orchestrated the question during the meeting because some of the Twitter users had little to no followers:

Let's talk about $TSLA's shareholder meeting. Elon answered eleven questions from Twitter. Of those eleven, four were from Twitter users that have two or less followers. Two of those users have zero followers. One of them has zero followers and is followed by zero.

If that’s what they need to turn to it’s quite sad. I literally know half a dozen people who have Twitter accounts just to follow Musk so it’s not surprising that some of his followers wouldn’t have much of a history on the social network.

Did you see other fun “short panic” moments? Let us know in the comment section below.