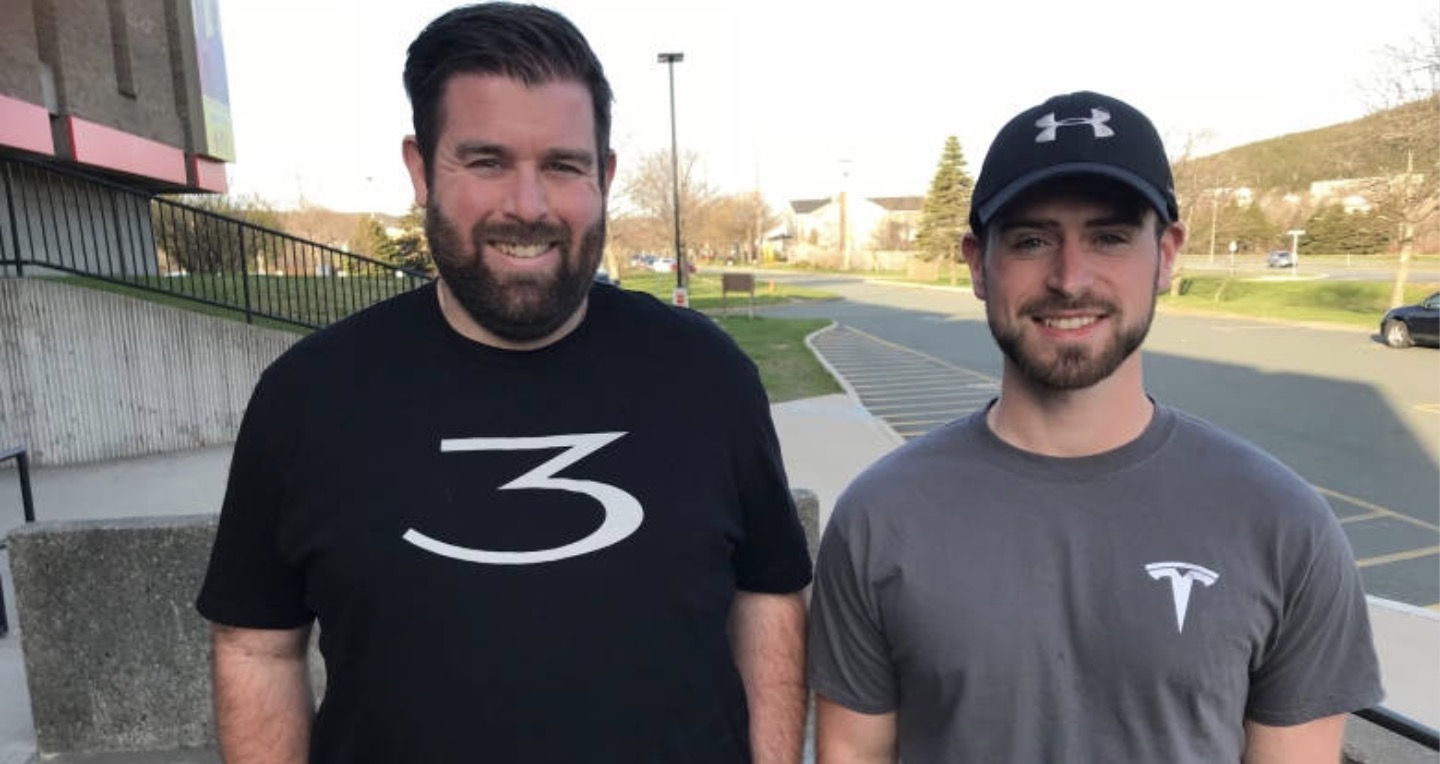 While we expect more departures from Tesla in the next few weeks amid the company’s reorganization announced earlier this week, the automaker is still hiring for the Model 3 ramp and future product programs.

We now learn of a good example of it as Musk apparently personally hired two Canadian interns as ‘professional problem solvers’ after they impressed him.

Mark Comeau (left), a CNA engineering grad and Matthew Lane (right), a MUN engineering student, both from Newfoundland, Canada, ended up working together as interns in the manufacturing team at Tesla.

They were going back and forth between Tesla’s Fremont factory and Gigafactory 1 in Nevada to help the Model 3 production ramp.

During the internship, Lane and Comeau saw a problem with the gating system on one of the production lines at Gigafactory 1.

They decided to take it upon themselves to fix it. Lane told CBC Radio:

“Essentially what happened is we saw an opportunity to solve the problem, we came up with our own idea and actually sort of crashed the meeting with Elon ourselves and presented the idea,”

It took them about 6 weeks to implement their solution and then they were sent to another project.

“Literally at like 10 a.m. Monday the week we finished, we got a message saying, ‘Hey, head to Nevada to Gigafactory. [A] five hour car drive later, we arrived in Nevada with a whole new situation and problems to address.”

They apparently managed to solve the issue in just two days, which led them to meet Musk again.

“Within two days we had solved this issue and got to speak to Elon himself, and this is kind of where he said, ‘You guys did a good job, and you should stay,'”

“It was probably one of the most unnerving experiences ever. Here’s the CEO of a company and we’re just two young interns, and he was like basically, ‘Yup, you guys have to stay,'”

They said that they were offered jobs as professional problem solvers in Tesla’s manufacturing team.

Comeau is starting his official position right away, while Lane will be joining after his summer semester at MUN.

As we previously reported, Tesla is currently trying to hire workers at a pace of 400 per week in order to ramp up Model 3 production.

They are trying to find some novel solutions to fix issues with the production ramp. For example, Musk said that Tesla held a hackathon to fix two problematic robot bottlenecks in Model 3 production last weekend.