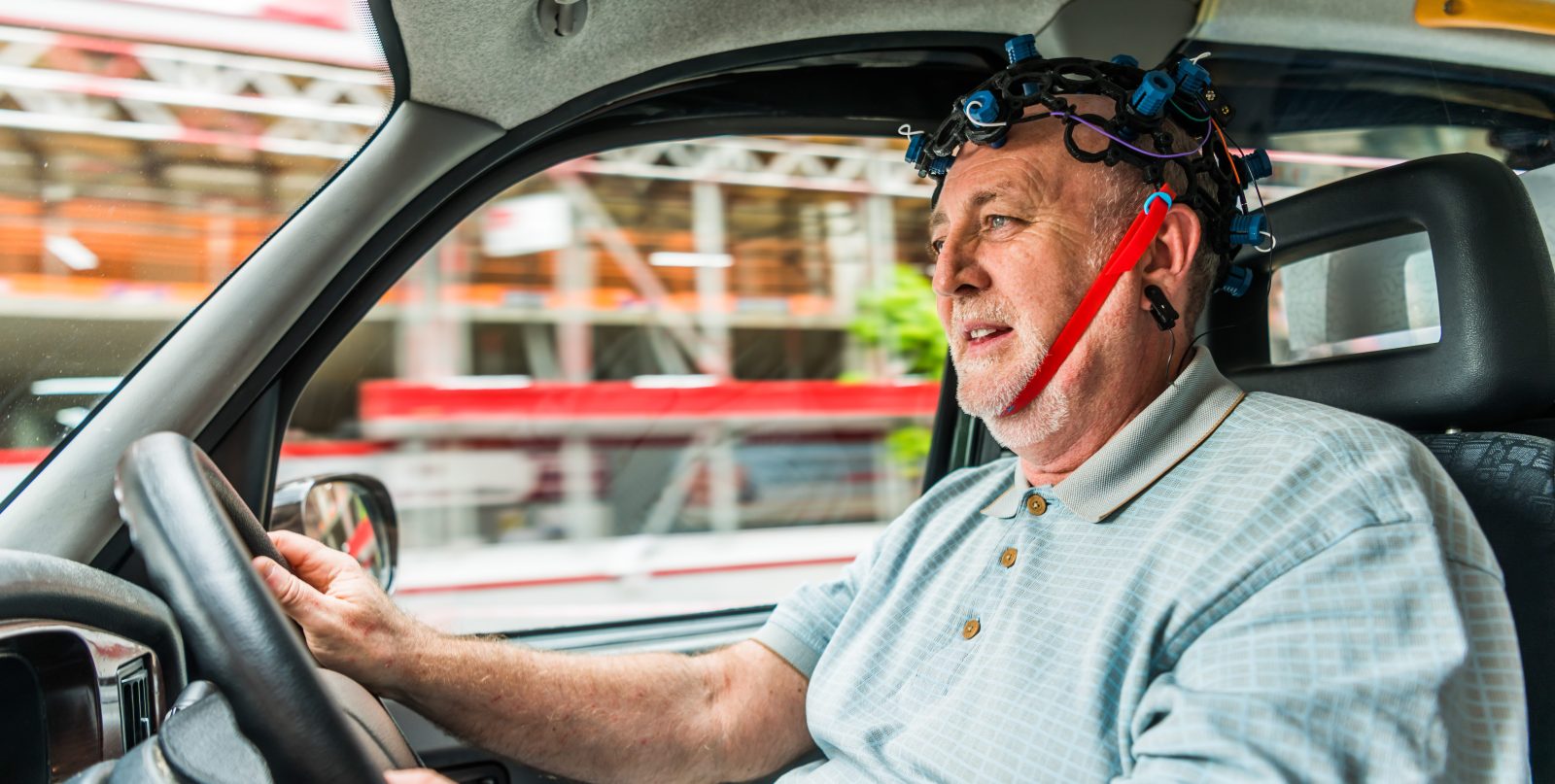 Electric vehicles already have several advantages over gas-powered cars. From no fuel cost to zero tailpipe emission, but now a new study might confirm another often overlooked advantage of EVs.

The quieter driving environment of an electrically driven vehicle can have significant mental health benefits, according to a new brain monitoring study.

The study was led by acoustics expert Dr. Duncan Williams of the University of York and ordered by LEVC (London EV Company), which makes the electric black cabs operating in London.

What they did is place an electroencephalogram, often referred to as a ‘brain cap’, on the head of four professional cabbies who all operate in central London and monitor their brain activity as they drove both the electric and diesel black cabs.

They claim that the results indicate that drivers are more focused, calmer, and happier when driving the electric version of the taxi:

More focused than when driving the diesel vehicle

Calmer than when driving the diesel vehicle

Happier than when driving the diesel vehicle

Dr. Williams also commented on the findings of the study:

This study proved hugely interesting. The drivers all reported being calmer, less stressed and happier in the electric taxi than in the old diesel model. Traditionally those feelings would correlate with more Alpha brain waves, which are a good indicator of relaxation. But when we looked at the data, the drivers’ showed more Beta brain waves, an indicator of mental activity and attention.

What does this mean? Well, the study suggests that the quieter driving environment allowed cabbies to be in a more concentrated state of mind. In other words, by removing the noisy diesel engine rumble, they are perhaps freed up to get on with driving in a more focused, but calm way. It’s a fascinating result and, given the movement towards electric commercial vehicles, shows there are even more benefits of going electric than we might have previously thought.

They say that all the drivers already had driven many miles in the electric TX taxi and were familiar with its controls and driving behavior.

We always have to be careful with studies paid for by biased parties, but it is easy to believe the results here.

I personally do feel more relaxed in electric vehicles, and especially in my Model S. The quieter ride and smoother instant acceleration feedback likely have something to do with it, but I also think that the thought that I am not burning gas makes me feel a lot better.

Whenever I can smell the exhaust from another vehicle, I’m reminded that my vehicle is fueled by hydroelectricity and that’s a good thought. I am no psychologist, but I think the more good thoughts you have throughout the day, the less stress you will experience.

What about you? Do you feel less stressed when driving electric? If so, why do you think it is the case? Let us know in the comment section below.