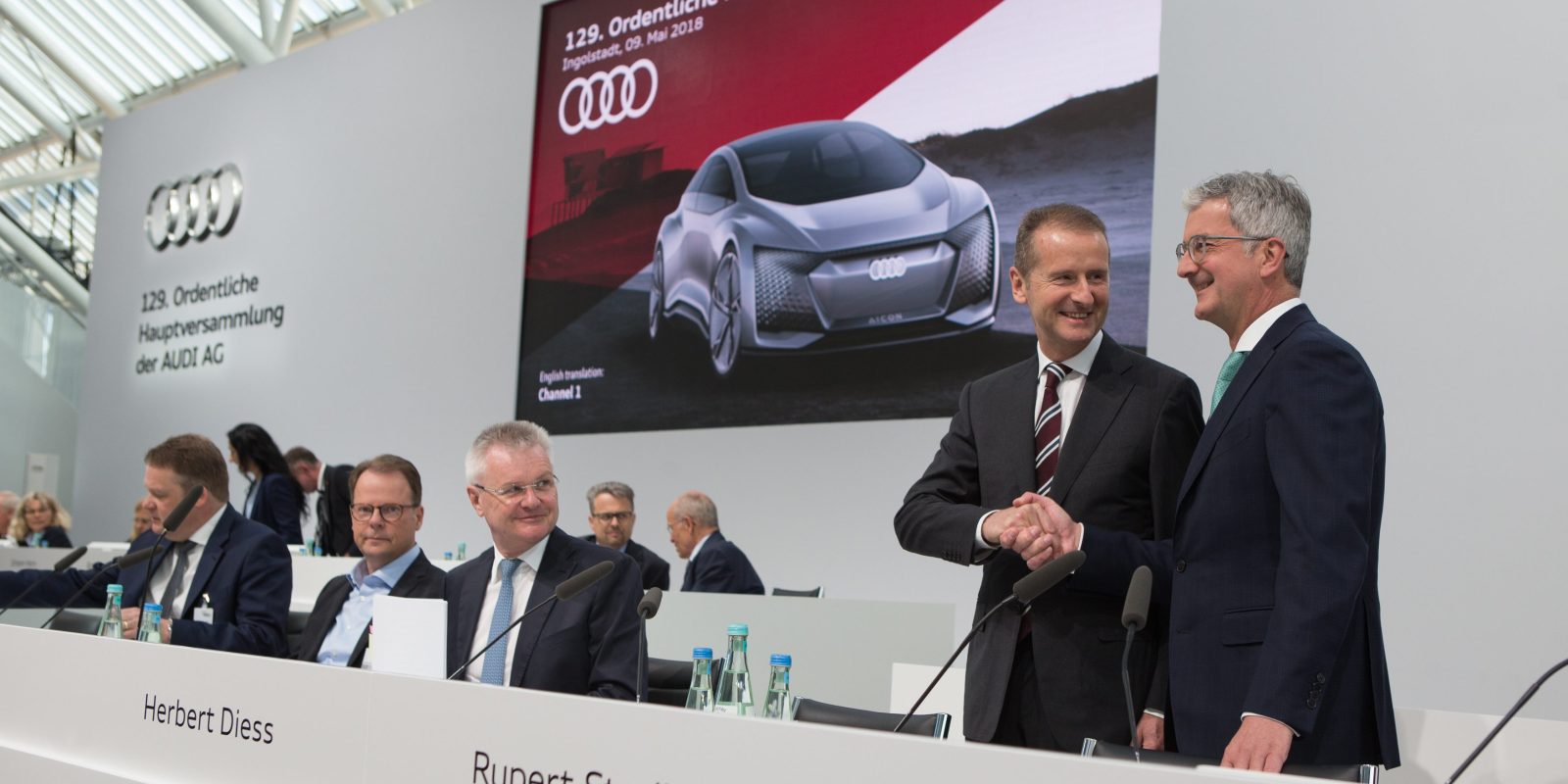 Audi held its annual shareholder meeting today and put in place a new roadmap to enter the next decade.

According to the German premium automaker, the roadmap includes selling  “800,000 electrified cars in 2025” between “more than 20 different electric vehicle models”.

Now we know that “electrified vehicles” can mean many different things and automakers have often been using the term to muddy the water when it comes to their electric vehicle effort.

But Audi at least clarified that “most of them are to be fully electric, with a smaller proportion as plug-in hybrids,” which is a rare clarification to come with the use of the term “electrified cars”.

Rupert Stadler, Chairman of the Board of Management of AUDI AG, commented on the announcement:

“Our ambition has always been and will continue to be Vorsprung durch Technik. Our goal is to revolutionize mobility. Also in electric mobility, we want to become the Number 1 among the premium manufacturers – with full suitability for everyday use, no compromises, top quality and driving pleasure for the customer. With our technological excellence, we are utilizing our Vorsprung and lifting electric mobility to the next level.”

The German automaker says that the effort will start with the production version of the Audi e-tron quattro prototype, but “more than 20 different electric vehicle models” will soon join the vehicle.

The company added in the plan:

“The Audi e-tron Sportback will be the second fully electric car to be launched, followed by the Audi e-tron GT from Audi Sport in 2020. Audi will also offer an electric model in the premium compact segment in 2020.”

Audi unveiled the prototype of the all-electric Sportsback last year with plans to launch it in 2019 and it talked about an electric sedan coming in 2020.

Peter Mertens, Member of the Board of Management for Technical Development at AUDI AG, also announced plans to bring to production a vehicle based on the Audi Aicon prototype in order to create an autonomous ride-hailing service:

“Just in time for the 50th anniversary of Vorsprung durch Technik, we will also present our first autonomous electric car based on our Audi Aicon show car in 2021. An interurban shuttle with lounge character – initially in a pilot fleet and around the middle of the decade as a series-production car for automated driving,”

The ‘Audi Aicon concept car’ was unveiled last year with claims of a record-breaking range of “700 to 800 kilometers (435.0 – 497.1 mi)” range and autonomous driving capability.

It’s not a surprising announcement considering the statements about electrification that has been coming out of the Volkswagen group lately, but it’s now brand-specific to Audi.

Considering the brand now produces close to 2 million vehicles per year, 800,000 “electrified vehicles” by 2025 doesn’t seem to be very aggressive to me.

But again, I believe that between 2020 and 2025 there will be so many great all-electric vehicles on the market that no one in their right mind would want to buy anything else so I basically think that all of those plans announced by legacy automakers are not aggressive enough.

It’s still interesting to have a better idea of Audi’s electrification plan and especially, its model rollout plans, which now seem to include 4 models between 2018 and 2020.