Are you killing your lithium batteries?

Lithium-ion batteries are expensive, and large battery packs such as those in everything from electric cars to electric motorcycles and e-bikes usually make up the single largest cost of the entire vehicle. So it makes sense that you’d want to ensure your batteries live as long and happy a life as possible. Join Electrek as we take a look at why lithium-ion batteries die, and how you can increase and even double the lifespan of your batteries.

In order to understand how to increase the life of lithium-ion batteries, we first have to understand why they die. The short answer is that basically, during every charge and discharge cycle, very small parasitic reactions occur between the electrolyte and the electrodes inside a lithium-ion battery cell, building up over time and reducing the amount of energy the cell can both store and output.

This is of course a seriously over-simplified explanation, but it’s enough for now, as we just want to know how to avoid this parasitic reaction, or at least slow it down in order to keep the battery alive for as long as possible.

If you want to learn more specifics about the death process of lithium-ion battery cells, I highly recommend watching Professor Jeff Dahn’s lecture on the subject. Jeff Dahn is the leader of Tesla’s battery research partnership with Dalhousie University, and his student protegé now leads Tesla’s battery longevity program. His lecture is over one hour-long, but is well worth it if you’re a battery nerd like me.

What causes these parasitic reactions to kill lithium-ion batteries?

There are basically two main factors that speed up the inevitable death of your battery:

Both of these contribute to faster death of lithium-ion batteries. According to Jeff Dahn, high temperatures aggravate the parasitic reactions that occur in a lithium-ion battery’s electrolyte, while high charge levels result in extra performance for a few cycles, followed by a crash in performance and much faster deterioration of the cell. 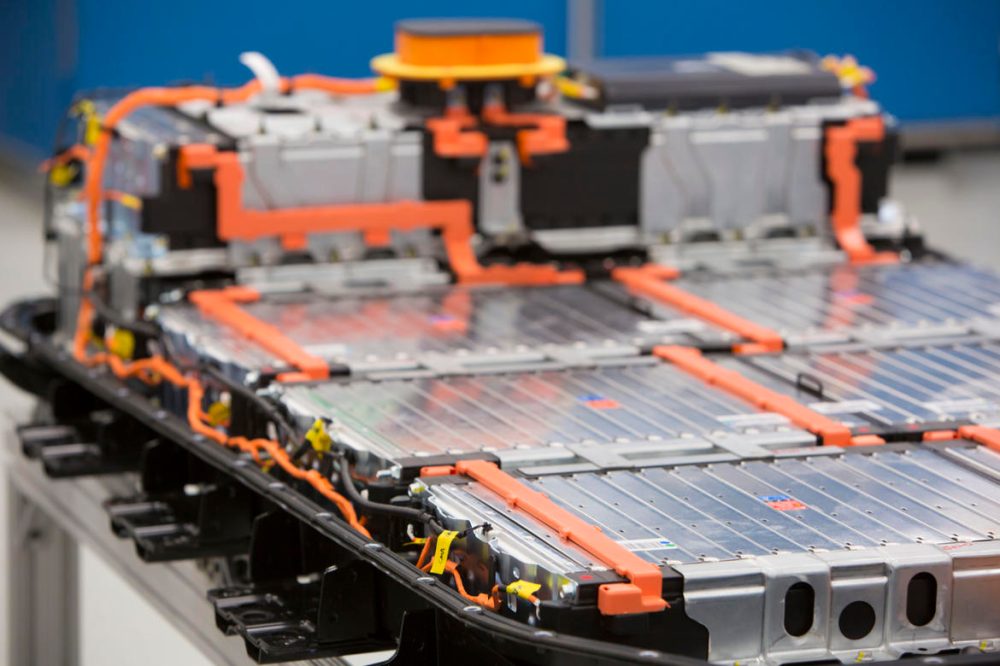 Fortunately for us, both of these factors can be controlled to make batteries last as long as possible. The following simple steps can be taken to drastically increase the life of nearly any lithium-ion batteries.

The first thing you should do is to avoid letting your battery get hot. Fortunately, many electric vehicles go part of the way there. Tesla’s vehicles and the Chevy Bolt/Volt all use active cooling to keep the battery from overheating, though the Nissan Leaf relies on passive air cooling to keep the battery cool, making battery heat an even larger factor for those vehicles.

The bigger heat issue that you have more control over is heat during charging. Even for cars with active battery cooling, the battery still heats up considerably during charging, especially when charging at high rates or supercharging. While supercharging is convenient when you need to get back on the road quickly, it is terrible for battery life if performed often. To make your battery last as long as possible, you should try to charge at lower rates, which keeps the battery cooler and happier. A longer charge each night is much better than supercharging over lunch each day.

Next, you should aim to charge to lower levels when possible, especially if the car will be resting for a long period of time. While it may be comforting to see your battery meter read “100%”, your battery will be anything but comfortable.

Jeff Dahn states that charging to a level below 100% can have a large impact by reducing the rate of degradation of the battery. 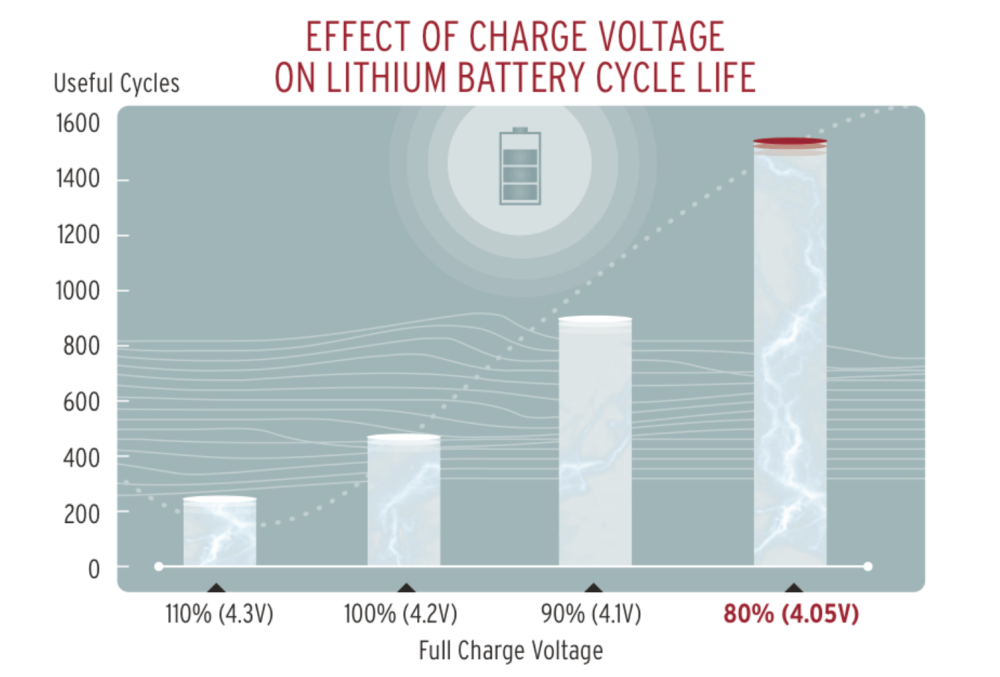 Most people don’t use their entire electric vehicle battery pack capacity every day, and rarely have the need to charge all the way to 100%. By charging a lithium-ion battery to 80%, the lifetime of the battery can be as much as doubled, according to Grin Technologies. This Canadian company performed such tests while developing an adjustable charger designed for electric bicycles and other light electric vehicle batteries.

It is important to note that the most damage from high charge levels comes from when the battery rests at such high levels for long periods of time. I’ve heard of many people who freak out after learning about the effect of high charge levels, with some swearing off 100% charging forever.

But 100% charging isn’t a big deal in small doses. If you are planning a long trip and will be heading out shortly after you finish charging, a 100% charge will have very little impact on your battery’s lifespan. However, if you will be leaving your battery unused for many days or weeks, a charge level of between 30-60% is much healthier for the batteries over the long-term.

Does this apply to all lithium batteries?

Theoretically yes, though LiFePO4 batteries aren’t quite as affected by high charge levels as the rest of the lithium-ion lineup. But generally speaking, these rules apply to all lithium-ion batteries from your electric car to your cell phone and even your electric tooth brush. Professor Dahn even jokes that you’d be well advised to keep your laptop in the fridge when you’re not using it, if you really want to get extreme about increasing your battery life.

For the most part, these simple methods can greatly increase the lifespan of your battery, and are easy to implement. Avoid supercharging your electric car unless necessary. Park your e-bike in the shade when available. Don’t leave your laptop and phone sitting in the sun or your hot car, and avoid charging your lithium-ion battery powered devices to 100% if possible.

Unfortunately I don’t know of any cell phones or laptop manufacturers that make 80-90% charging easy, likely because they’d rather just sell you a new product in a couple of years. But if you won’t be using the device for a while, make sure it isn’t charged all the way up before your turn it off and stick it in a drawer. Your battery will thank you.