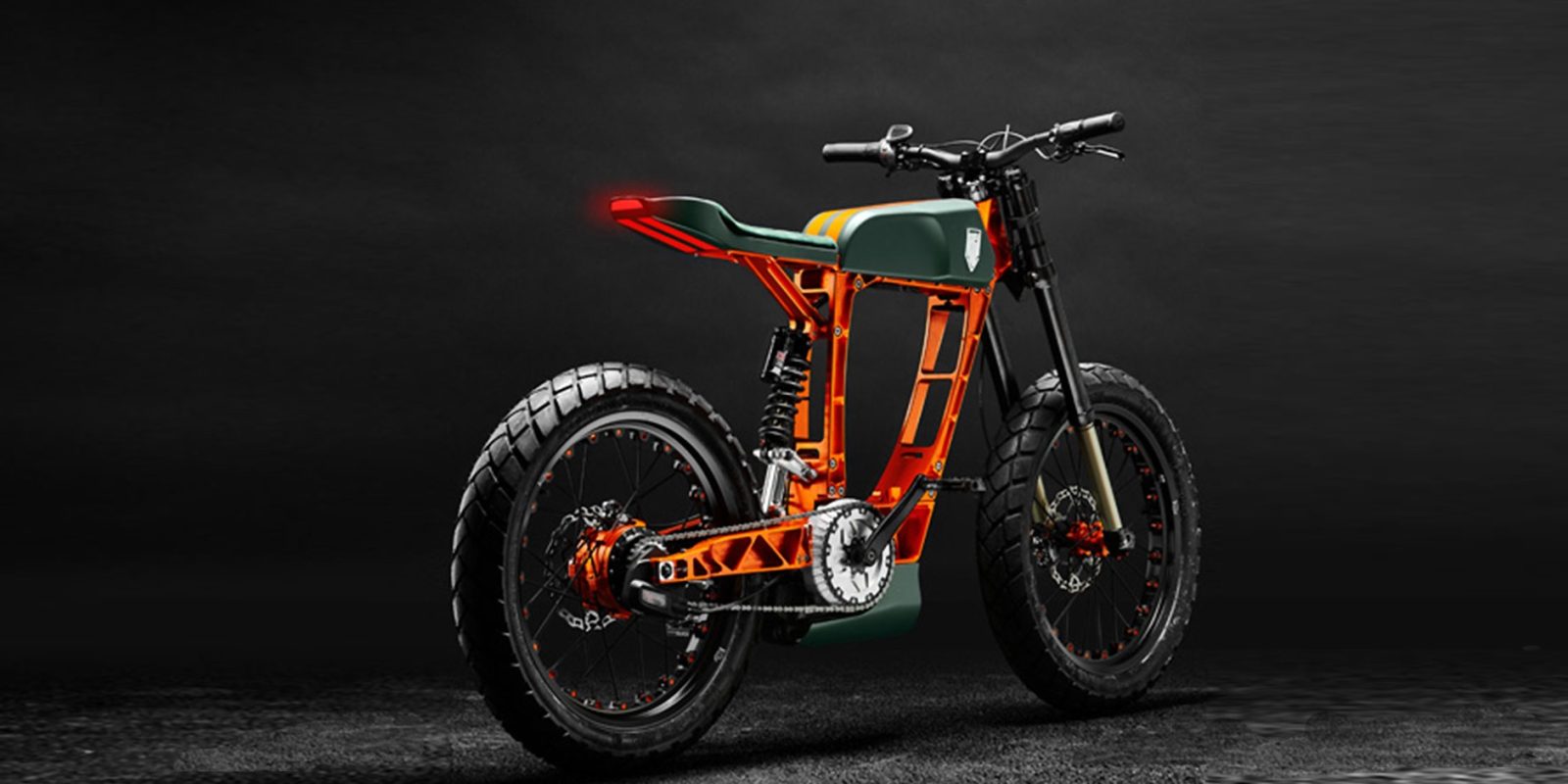 Despite the large number of electric bicycles out there already, the e-bike industry remains very much in its infancy. This leaves substantial room for electric bicycle manufacturers to get creative with their designs, and it appears the new Italian-made STORTA e-bike has embraced this opportunity with open arms. And open frames.

The STORTA, designed by Italian electric bicycle company Officine Riga, is a sporty, performance bike built on a CNC machined aluminum frame. The frame itself is not welded, but rather bolted together, giving it a signature industrial look. While this isn’t the first time a frame like this has been introduced, this is certainly one of the more visually striking examples.

As uncovered by EVNerds, the bike is powered by a BikeeBike mid drive motor. The motor, also developed in Italy, is a pancake style brushless DC motor built around a bicycle bottom bracket. This allows it to be integrated into various frame designs and geometries, from the conventional to the, well… this.

The motor and controller combination are configurable from 250 W to 1,000 W, allowing them to be tuned depending on the country of sale and local electric bicycle laws.

According to Officine Riga, an app will accompany the STORTA that will allow the rider to track performance and consumption data, as well as to externally adjust the power level of the bike.

The STORTA comes with a 48V 11.6 Ah battery which is neatly hidden in the lowest portion of the frame, considerably reducing the center of gravity and improving the bike’s handling. With this 550 Wh battery, the motor should be capable of providing a range of approximately 35 miles or 60 km, according to the motor’s manufacturer.

No word yet on top speed, but it is likely to be limited to somewhere in the range of 20-28 mph to conform to various electric bicycle laws. A combination of large 4″ tires, heavy-duty front and rear suspension and motorcycle rims should give the STORTA a very comfortable ride. Positioned as a crossover between a standard electric bicycle and a light motorcycle, the STORTA should be ideal for both urban travel and trail-riding. 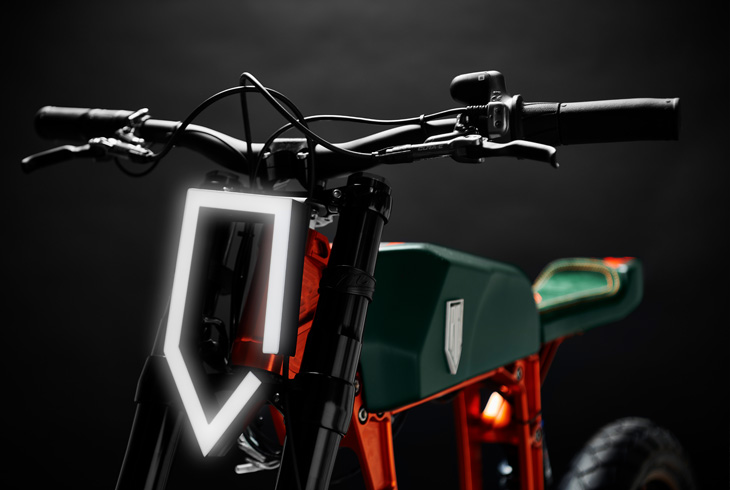 The STORTA somehow manages to pull off both a minimalist appearance and retain a decent list of high quality components, including hydraulic disc brakes, custom LED lighting and leather embroidery. 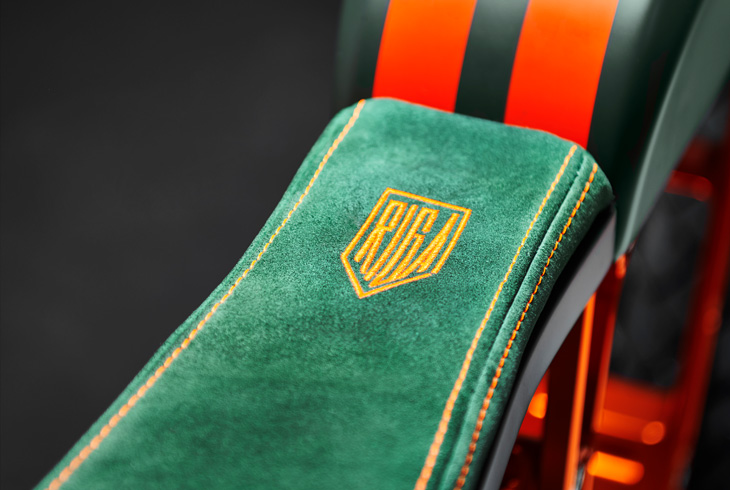 The simple anodized aluminum frame allows for a number of interesting finishes, as hinted in the company’s product photos and renderings. 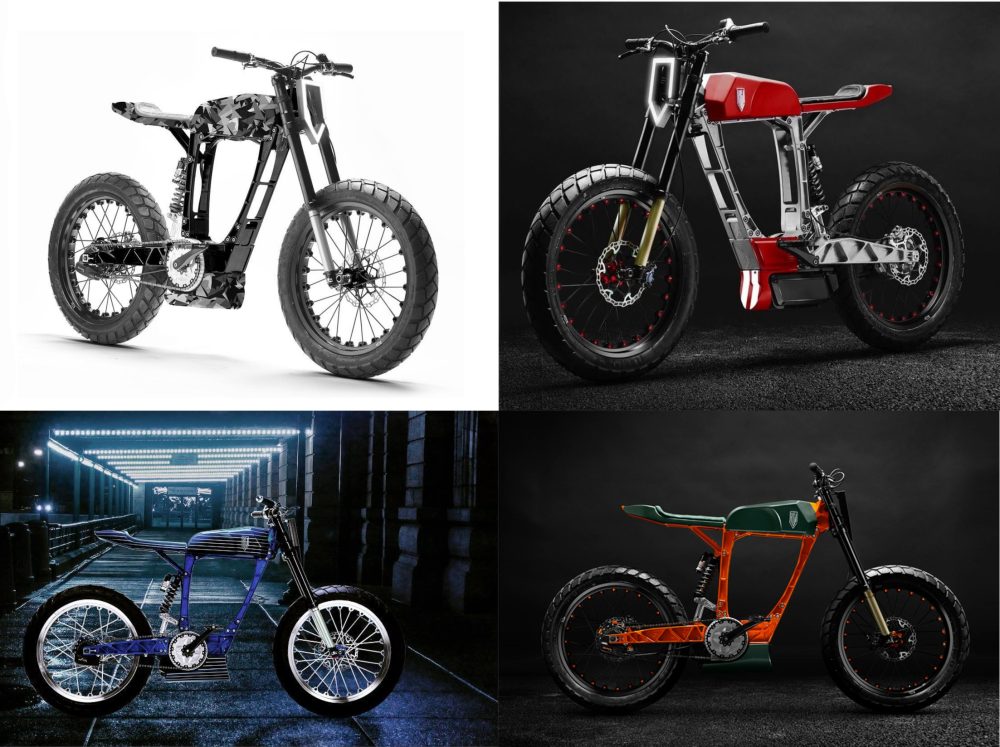 The bike is not yet available for pre-order and no price has been announced, so it’s still too soon to speculate as to whether this electric bicycle can become a viable commuting option or will be relegated to the corner as an expensive plaything. However, it has been debuted at multiple events around Italy and we are eagerly awaiting more details to come.

Though the CNC machined frame members won’t be cheap, they can be easily outsourced to reduce cost and don’t require highly skilled TIG welders for assembly. With just a hex key and pliers to assemble the frame, hope remains for this to be a relatively cost-effective electric bicycle.