After a hold on the expansion of the structure over the last year, Tesla has made some moves for an expansion at Gigafactory 1 in 2018.

Now, a new drone flyover of the battery factory shows that Tesla is working on the expansion.

Over the last year, Tesla’s focus at Gigafactory 1 has been on building up production capacity in the structure for Model 3 batteries and drive units as well as Powerpacks and Powerwalls.

It resulted in the actual structure remaining virtually unchanged throughout 2017, but Tesla has started making changes in 2018 – finally beginning to install its massive ‘world’s largest solar rooftop array’.

A few weeks ago, Tesla also started moving ground at Gigafactory 1 in order to build a new parking lot on the north side of the plant.

Now, a new drone flyover by Duncan Sinfield gives us a glimpse at this new parking lot and solar array:

Interestingly, Tesla also appears to be preparing the foundations for a new expansion of the building on the lower part of the west side of the factory: 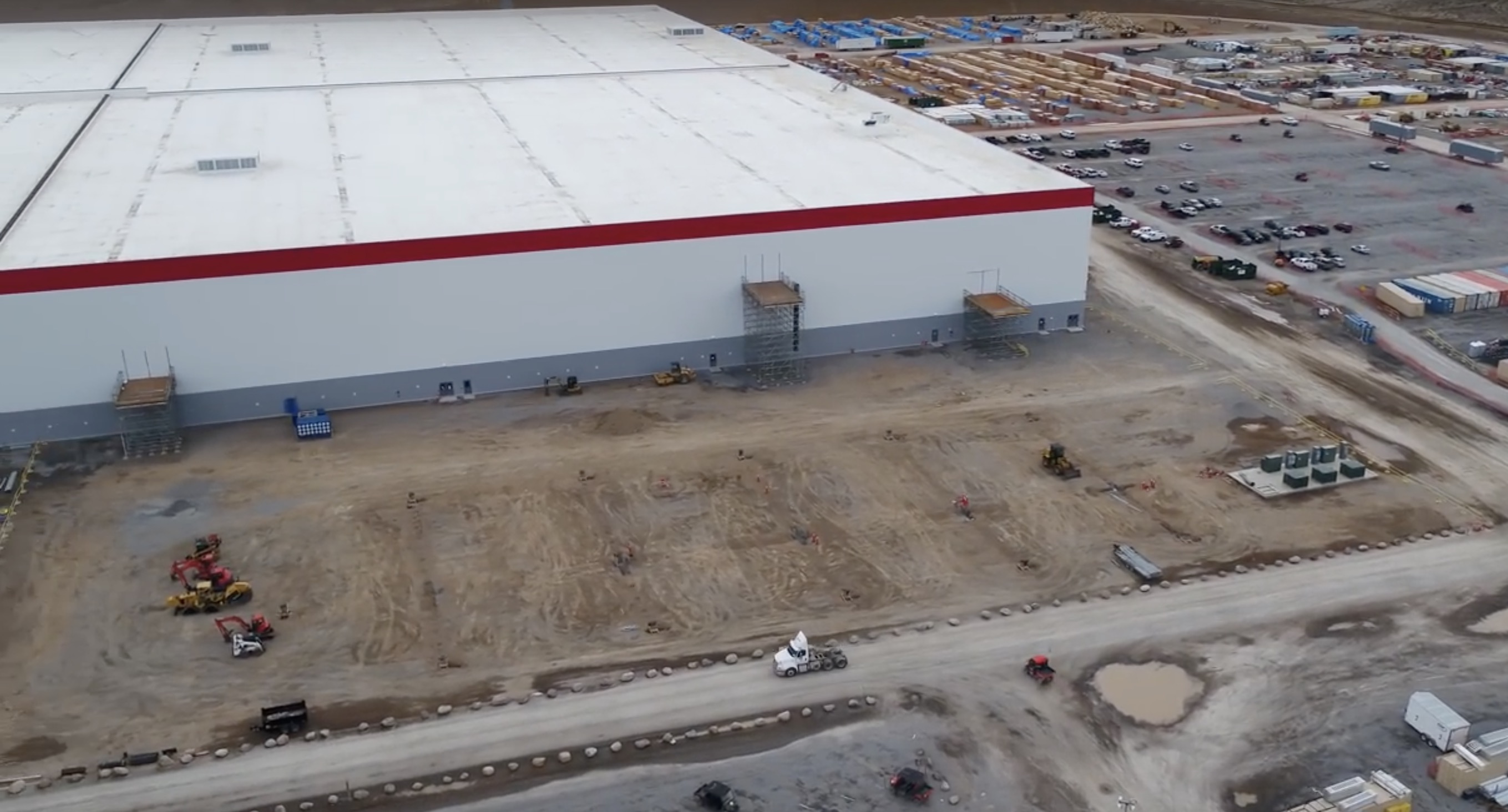 It’s also clearly visible from the satellite images of the plant collected by Building Tesla (March 2018 on the left and April 2018 on the right):

As we previously reported, the current structure has a footprint 1.9 million square-feet. Including several levels, the factory currently has about 4.9 million square feet of operational space. This represents only ~30 percent of the planned completed Gigafactory, according to Tesla.

Tesla’s goal is to produce 105 GWh of battery cells and have an output of 150 GWh of battery packs at the factory when at full production, which was originally planned for 2020.

There is a lot of construction still to be done before Tesla and Panasonic can reach those levels of production, but there are now even rumors about other products to be made at Gigafactory 1, like Tesla Semi.

One thing is for certain, things are going to get interesting at the factory over the next few months as the plant is quickly emerging as the largest battery factory in the world.