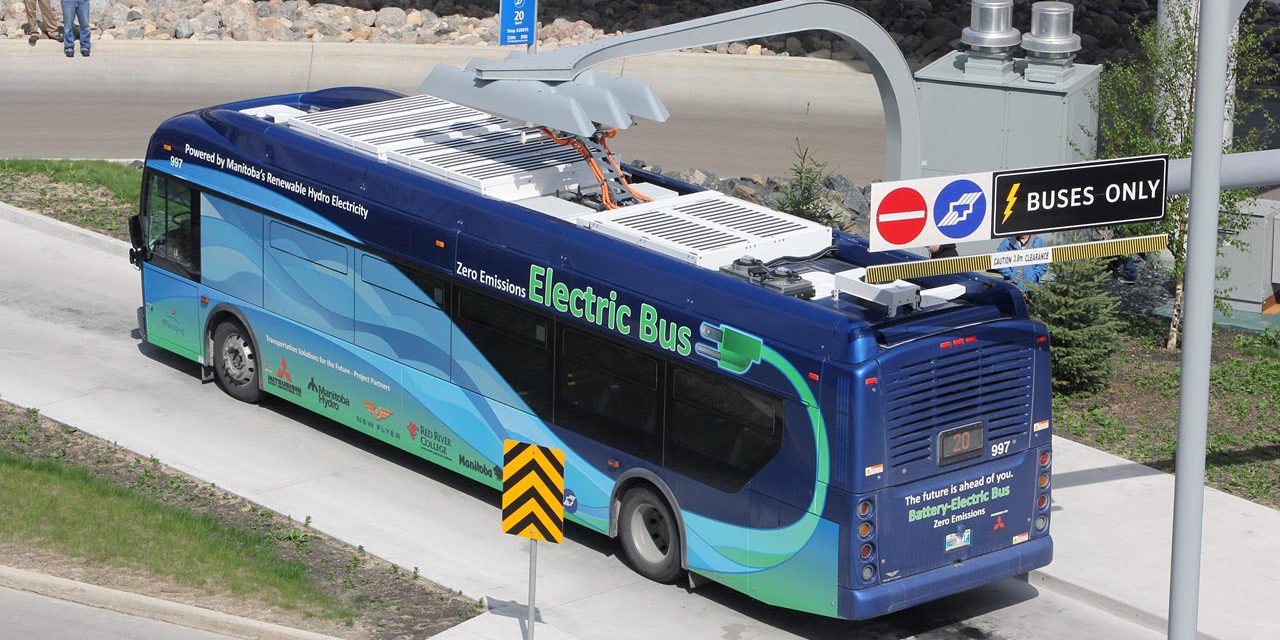 Earlier this week, a New Flyer electric bus rolled over and crashed during testing in Anniston, Alabama.

It’s a surprising accident and the rooftop battery pack design is potentially to blame.

New Flyer is the biggest transit bus maker in North America, but it mainly manufactures CNG and diesel-powered buses.

On Tuesday, the company was testing their electric buses in Anniston, where they are based, and the bus was going around a curve when it rolled over and crash – injuring the driver and three other employees inside the bus.

“They were going around one of the curves on Werner Drive when the bus went off the road slightly to the right. The driver lost control and it tipped over onto its side and slid to a stop.”

The employees were taken to the hospital with minor injuries.

“We’re not real sure what caused them to go off the road. New Flyer is investigating the components of the bus. Since we didn’t have any major injuries or other property damage, we’re leaving it up to them to investigate if there was a mechanical error.”

It’s notoriously extremely difficult to make a vehicle an all-electric vehicle roll over because the battery packs are generally quite heavy and result in a low center of gravity.

But in this case, it might have actually contributed to the accident because of New Flyer’s electric bus design which actually puts the battery packs, or at least some, in the rooftop.

It’s especially important when you have large quantities of batteries since it drastically changes the center of gravity of the vehicle and in the case of New Flyer’s buses, they can have an energy capacity of up to an impressive 818 kWh.

A potential explanation is the fact that New Flyer employs a charging system on the roof and it might want to shorten the distance between the charging system and the battery packs.

It might also be due to New Flyer mainly manufacturer CNG and diesel buses and using the same architecture for electric buses, which puts some limitation on the design.

Either way, it’s quite surprising that it would fall over.

Bus manufacturers like New Flyer have been increasingly looking at ways to electrify their products as newcomers in the space, like Proterra and BYD, are rapidly winning over large contracts to electrify transit fleets.