We haven’t heard much about a Tesla Model 3 ‘Performance’ version over the last year as the automaker never references the option in its Model 3 configurator.

But now a Tesla Model 3 with dual motor and air suspension, which could match the configuration of a ‘Performance’ version, was spotted on the race track.

The automaker is currently only producing the new Model 3 with a long-range battery pack and rear-wheel-drive motor configuration.

Tesla CEO Elon Musk has promised a performance version for the Model 3 and he even said that it will have Ludicrous mode, but the vehicle is dependent on Tesla producing the dual motor powertrain for the Model 3, which Tesla is supposed to start producing in “mid-2018”.

On top of dual motor, the performance version is also expected to feature a new air suspension and performance brakes.

Now a Model 3 with a front motor and air suspension was spotted at the Thunderhill Raceway in Willows, CA last week by TMC member ‘sreams‘. He shared a picture from under the front wheel to confirm the discovery: 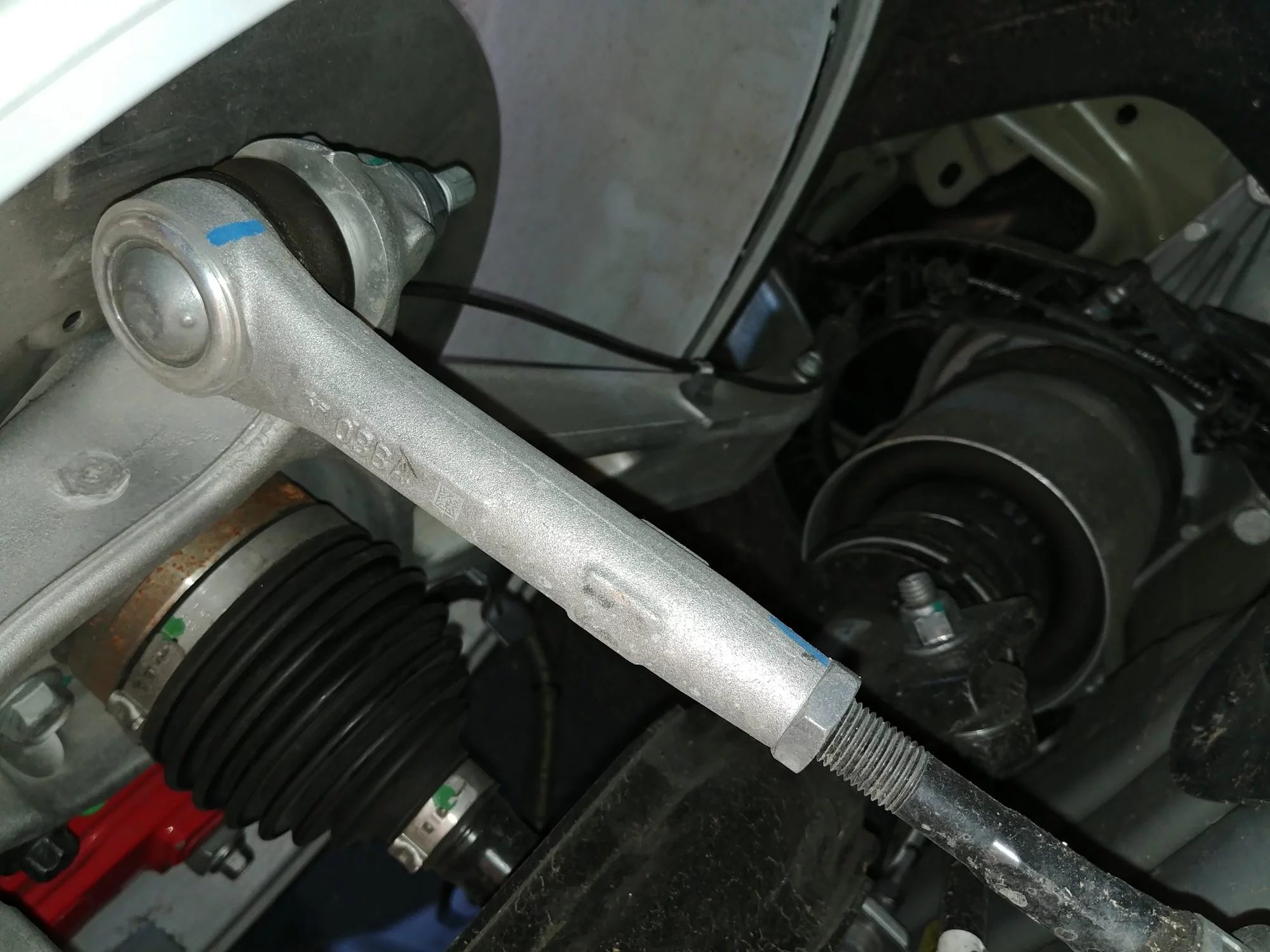 He commented on spotting the vehicle:

“When I arrived, there were 4 Model 3s with manufacturer plates on them. One in particular had 20″ wheels with Michelin Pilot sports, and *huge* brake rotors. I snuck my camera under the front wheel and caught a photo of the front CV axle, showing it to be dual motor. This was certainly a PD (Performance Dual Motor) Model 3! I would have taken more pictures, but we went in for the drivers meeting, and when we got back out, they had all left.”

As previously mentioned, the image also shows an air suspension instead of the coil suspension standard on current stock Model 3 vehicles.

Based on Elon’s previous comment, it was already likely that a Performance Model 3 was in the works, but it was weird that there was never any mention of it from Tesla in any Model 3 literature, like the FAQ section, online configurator or anywhere really.

But now this new sighting is encouraging and I’m starting to think we are likely going to see a performance version following closely behind the dual motor Model 3.

Considering the weight of the current Model 3 vehicles, a performance version could be around 1,000 lbs. lighter than the dual motor performance Model S.

Therefore, a dual motor performance Model 3 has the potential to be quite impressive from a standstill, but the fact that it is also much smaller could also make it extremely fun to handle.

I can’t wait to see the vehicle on some autocross race tracks. The big question for me is the price. We expect that the dual motor option will add $4,000 to $5,000 to the price of the Model 3. The performance version is sure to have another premium on top of that.

I wouldn’t be surprised if it actually comes really close to a base Model S when fully equipped with the Performance package.