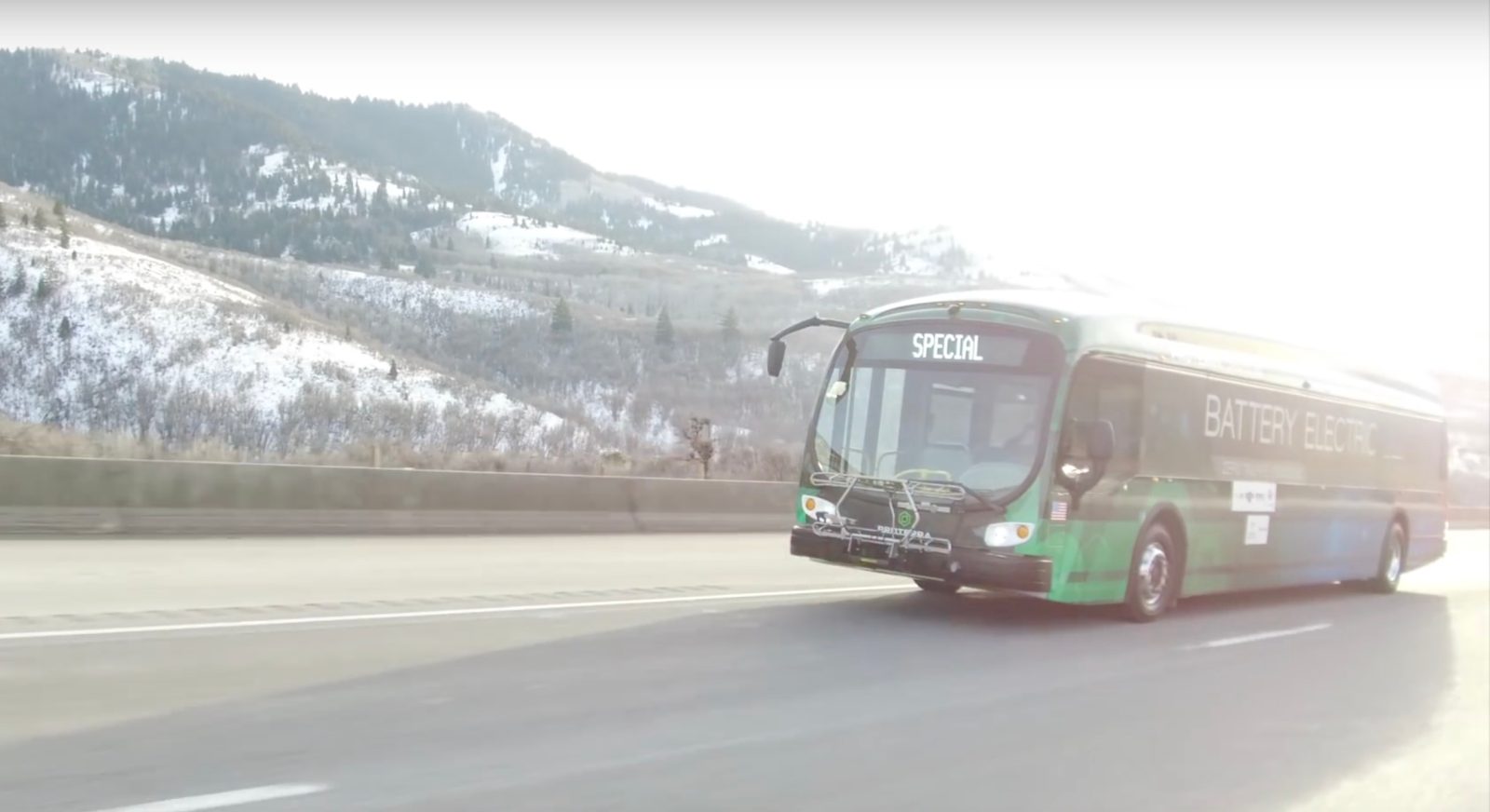 Proterra is rapidly emerging as an important player in the bus market with its all-electric buses not only beating diesel buses when it comes to the cost of operation, but also due to their impressive performance.

Now, they are putting their new all-electric bus with dual motor to the test on Utah’s steepest roads to prove its performance.

The company unveiled the Proterra Catalyst DuoPower drivetrain last year and achieved a record 1,100-mile trip on a single charge with the bus.

It features two electric motors that deliver an impressive 510 horsepower, accelerating a Catalyst bus from 0-20 mph in 4.5 seconds.

After the record range test, they have now brought the bus to Park City, Utah, in order to perform on tougher roads.

Park City lies between canyons in the Wasatch Range and it is surrounded by several popular ski resorts.

Proterra tested the vehicle by traveling to all the major resorts on the steepest mountain highways of Utah.

They released an interesting video about the results of the test:

The city is already using diesel-powered buses to bring people up to the resorts in order to reduce traffic on those roads, but they are converting their fleet to electric buses now that they have enough performance to conquer the steep roads.

In some of the tests, Proterra even claims to be significantly ahead of the diesel competition thanks to its dual motor electric propulsion system:

Ryan Popple, CEO of Proterra, said last year that electric buses are now cheaper than diesel/CNG and could dominate the market within 10 years.

The company has been accumulating orders over the past two years and it is increasingly putting more electric buses on the road after raising close to $200 million in order to expand production.

Last year, Proterra hired Tesla’s former Vice President of Manufacturing to lead a production expansion at their facility in Greenville, South Carolina, and their new factory in Los Angeles County in order to satisfy the increasing demand.