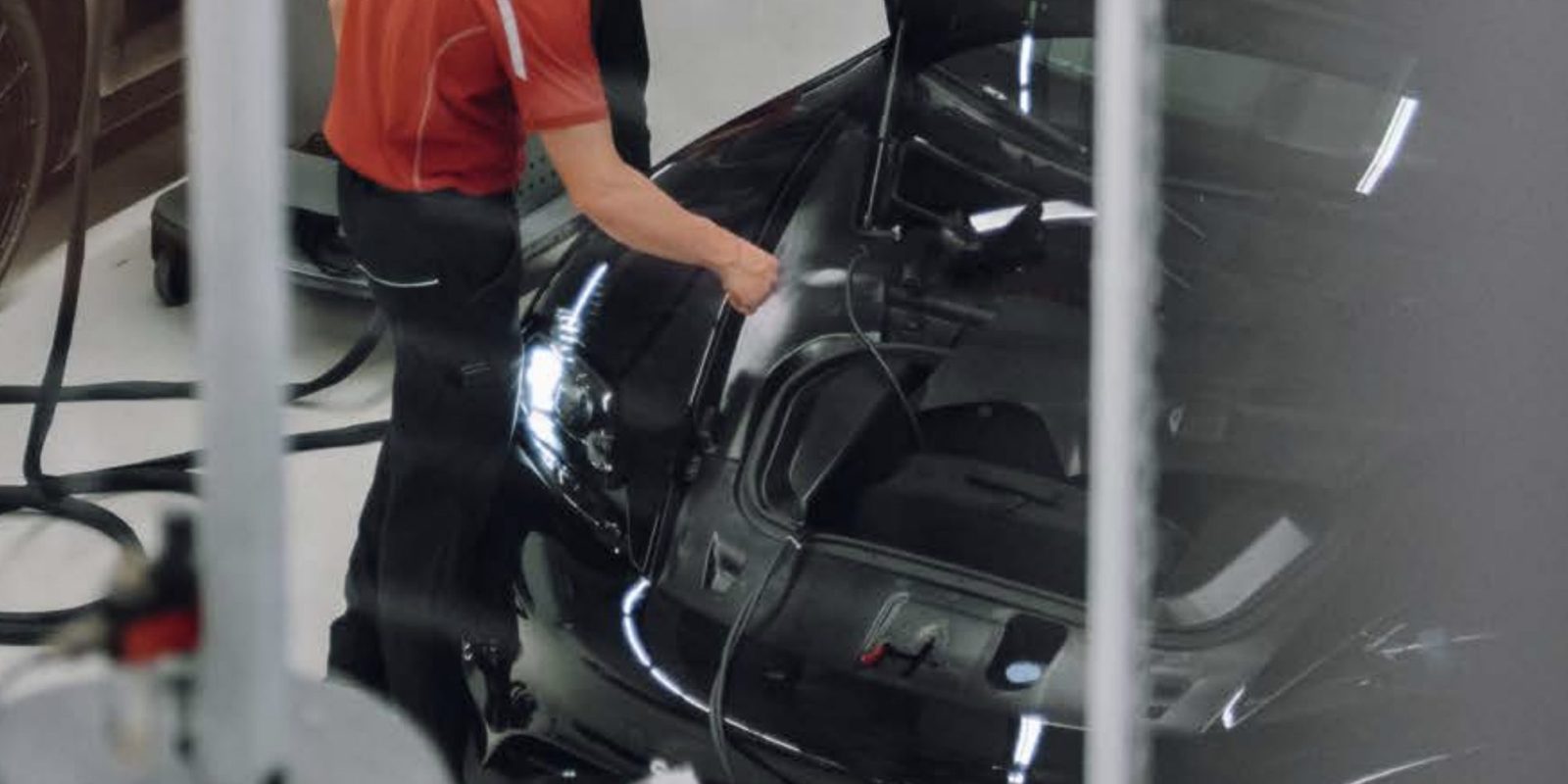 For the past two years, Porsche has only been officially showing the same white Mission E prototype originally unveiled in 2015, but other camouflaged prototypes have been spotted.

Now the company released the first official images of those new prototypes and we even get a glimpse of the front trunk.

The Mission E concept won several design awards and it was almost unanimously praised for its looks, but now EV enthusiasts are hoping that the look and most features end up in the production version.

Now in its latest Annual and Sustainability Report published this week, Porsche discusses bringing the Mission E to production as the German automaker’s first all-electric vehicle:

“In 2019, the first purely electric Porsche will come onto the roads. Clear, puristic, with pioneering, practical Porsche e -performance. The Mission E is a true Porsche: output of over 600 hp, zero to 100 km/h in less than 3.5 seconds, and a range of 500 kilometres. Its charging time: 15 minutes for 80 per cent electrical charge”

And with the report, they released a few pictures of their latest prototypes. Here are the images:

There are a few interesting things that we can see from the images, like we get a good look at the front trunk for the first time.

It appears to be a usable size – maybe a little smaller than what can be found in the Tesla Model S.

We can also see that unsurprisingly there’s now a B-pillar on the chassis, which wasn’t on the concept vehicle due to the wide suicide doors – one of the main features that Porsche was likely to skip in the production version.

They also released a close-up shot of the charge port, which appears to only feature a type 2 European plug.

Of course, those vehicles are still only prototypes and could be testing different aspects of the planned final version.

In the case of charging, Porsche is planning for the Mission E to be able to charge at up to 350 kW using the CCS standard and therefore, a CCS Combo plug is expected in the charge port.