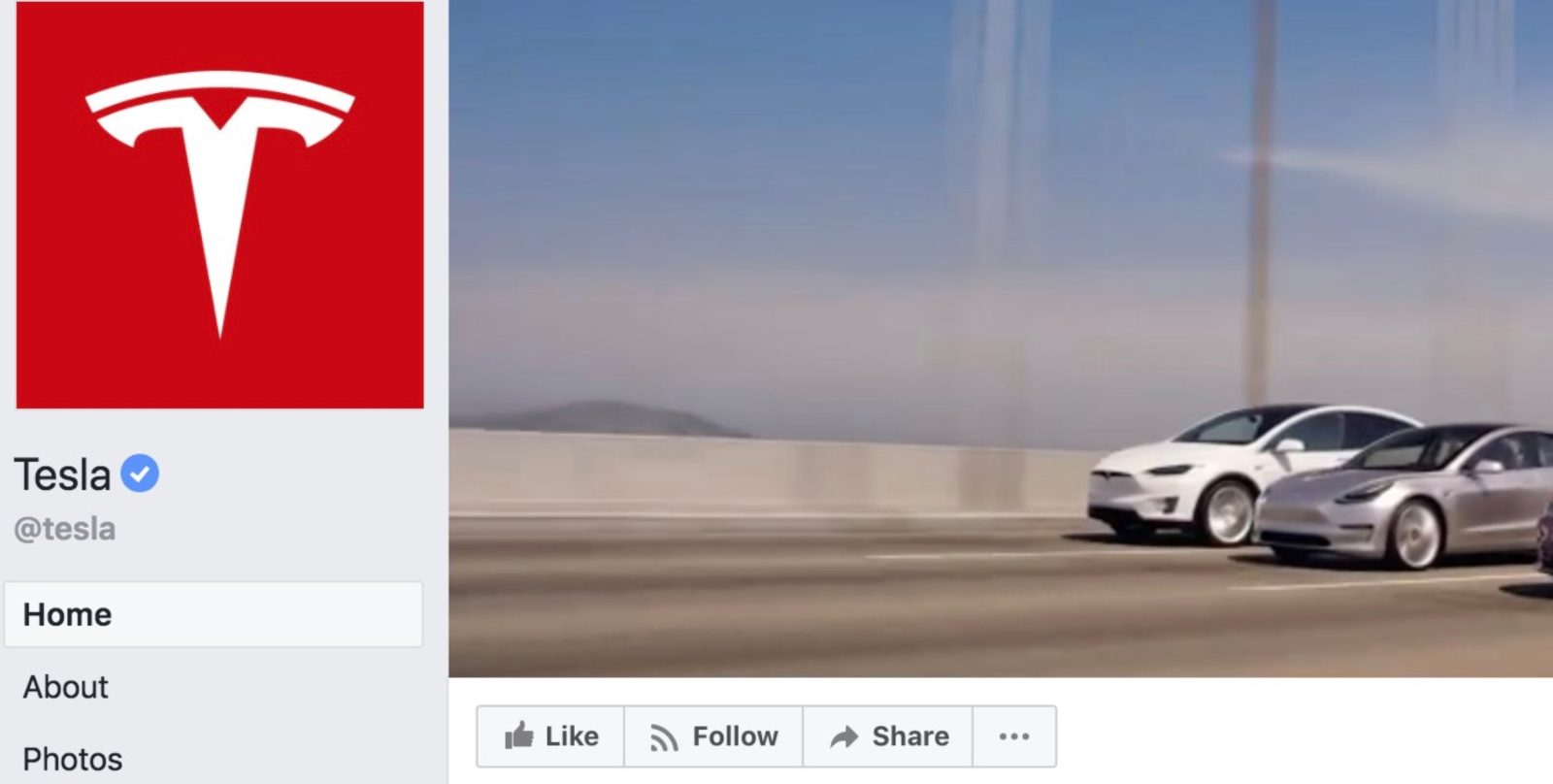 Elon Musk got onboard with the ‘Delete Facebook’ movement amid the Cambridge Analytica scandal and deleted Tesla’s Facebook page, which had millions of followers, as well as SpaceX’s page.

Tesla doesn’t rely on traditional advertising and therefore, social media is an important part of its marketing strategy. The company quickly became one of the most followed car brands on social media.

Yet Tesla CEO Elon Musk, who is an avid Twitter user, didn’t even know that Tesla, nor SpaceX, had a Facebook page.

Following the revelation that Facebook exposed data on about 50 million of its users to Cambridge Analytica, which was working for the Trump campaign, Musk said on Twitter that the Facebook pages of its companies will be deleted:

He added that he had never seen either of the companies’ pages.

Tesla’s page wasn’t overly active, but it had millions of followers and people who “liked” the page.

They were using it to share positive articles and reviews about the company’s products.

The company appears to be more active on Twitter, which is also evidently Elon Musk’s social media network of choice.

Facebook has been under pressure for the better part of a year over several issues regarding its influence over its users, especially in the US.

First, it was over the propagation of “fake news”, but the issue of the depth of its data collection and how easily people related to the Trump campaign were able to mine it led to increased scrutiny on the social media platform recently.

Some advertisers are pulling from the popular social media.

Musk laughed at Sonos pulling its ads over those concerns, but only for a week:

He apparently decided to take more drastic measures and had Tesla and SpaceX delete their Facebook pages – apparently within minutes after discovering their existence.