As we reported yesterday, a Tesla Semi prototype showed up in Dallas this week and now we learn it was for a private event for big customer PepsiCo.

A redditor crashed the event and reported back on what happened with some pictures of the vehicle.

It appears that the Tesla Semi prototype that has been going around the US over the last few weeks might be touring Tesla’s top customers who placed orders for the electric truck.

It was first spotted in St-Louis where it visited Anheuser-Busch, the brewer behind Budweiser who also ordered 40 Tesla Semi trucks last year, and now it went to PepsiCo in Plano, Texas – just outside of Dallas.

Last year, PepsiCo placed one of the biggest orders for Tesla Semi: 100 electric trucks to add to their fleet.

Like with Anheuser-Busch last week, Tesla apparently held a private event for the company to see the electric truck prototype up close.

Redditor Ryan O’Donnell reported on Reddit that he crashed the event and shared quite a few up close pictures of the vehicle: 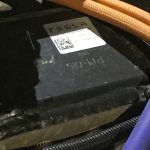 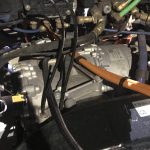 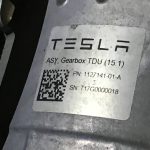 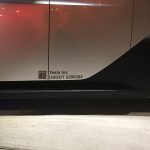 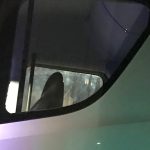 He reported that a PepsiCo employee said that the 100 trucks they ordered is “a drop in the bucket” of how many they want to order.

When PepsiCo placed its order last year, Mike O‘Connell, the senior director of North American supply chain for PepsiCo subsidiary Frito-Lay, said that the company, which operates over 10,000 trucks, is currently analyzing what routes are best suited for Tesla’s electric trucks in North America but he sees “a wide range of uses for lighter loads like snacks or shorter shipments of heavier beverages.”

It means that PepsiCo’s order alone is worth between $15 million and $20 million, but like most of the companies who ordered trucks from Tesla so far, they are just testing the water.

If the economics that Tesla announced at the event turned out to be accurate for the production version next year, they could quickly start to convert their whole fleets to take advantage of the cost of operation, which could apparently make the vehicle pay for itself in about 2 years.