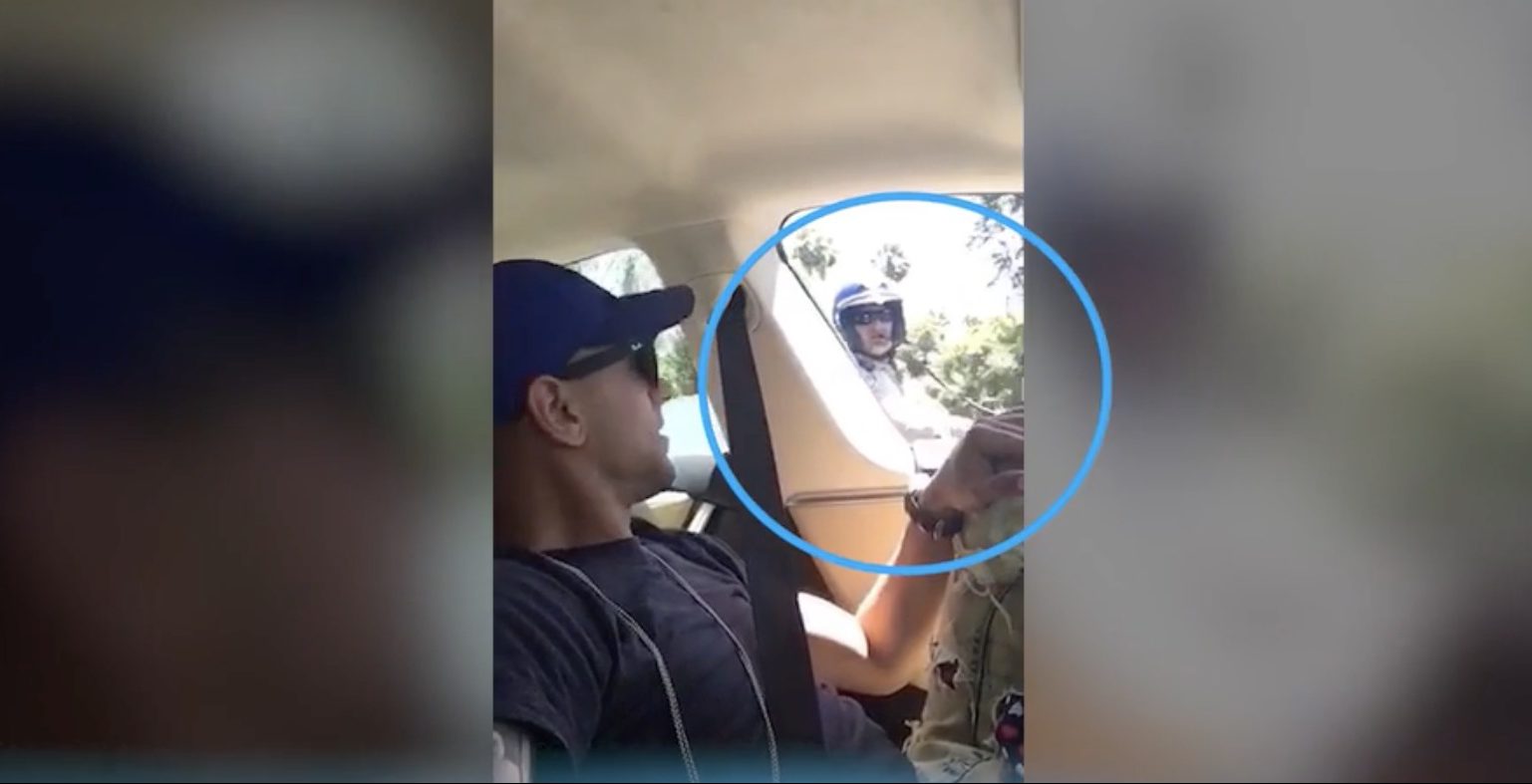 Over the years, Tesla drivers have blamed Autopilot, the company’s driver assist system, for a bunch of crashes and even their drunk driving.

Now a Model S driver claims to have successfully used Autopilot as a defense to get out of a ticket for using his cellphone during arguably reckless driving.

If true, it would create an important precedent, but things are more complicated than they seem.

Last year, Joseph Salim Mourad, a music producer better known as Dj Klypso, was driving his Model S on Autopilot with his feet out of the window and was filmed while passing a California Highway Patrol on the 101 freeway in Los Angeles – pictured above.

The officer gave Mourad a ticket for driving at an “unsafe slow speed” and using his cellphone while driving.

This week, the DJ got the ticket dismissed in the Superior Court of California in Los Angeles County and he claims that he convinced the judge on the basis that “Autopilot was 100% driving on its own.”

He told the Blast:

“However, when Klypso showed up to court Tuesday in Los Angeles, he was able to get the ticket dropped! He tells us the judge dismissed both violations after he brought supporting evidence that the Tesla auto-pilot drives 100% on its own, and accurately monitors speed while on the freeway.”

Mourad’s management sent Electrek proof that the ticket was dismissed on Tuesday, but there’s no proof that he used Autopilot as a defense.

Let’s get out of the way the fact that it is a reckless and stupid thing to do.

Unlike what Mourad claimed, the Autopilot under its current form is a driver assist system and doesn’t drive “100% on its own.”

Drivers must always monitor the system and be ready to take control at any time, which, of course, you can’t do if your feet are outside the window.

Now about his claim that he got out of the ticket by using his wrong understanding of Autopilot, I have strong doubts about it. It sounds a lot more like bad police work or judgment from the court.

First off, the charge for using the cellphone made no sense since it’s clear from the video that the passenger is the one filming.

It’s easy to see why it would be dismissed and as for driving at an “unsafe slow speed”, it’s already a weird charge and I don’t see how blaming Autopilot could work.

The driver sets the speed of the Autopilot’s traffic-aware cruise control feature, which only reduces the speed if it’s tracking a slower vehicle in front of the Tesla.

I don’t know. It just sounds fishy to me so be careful because Mourad’s management is proudly pushing the story around even though it’s clearly not an intelligent use of Autopilot.