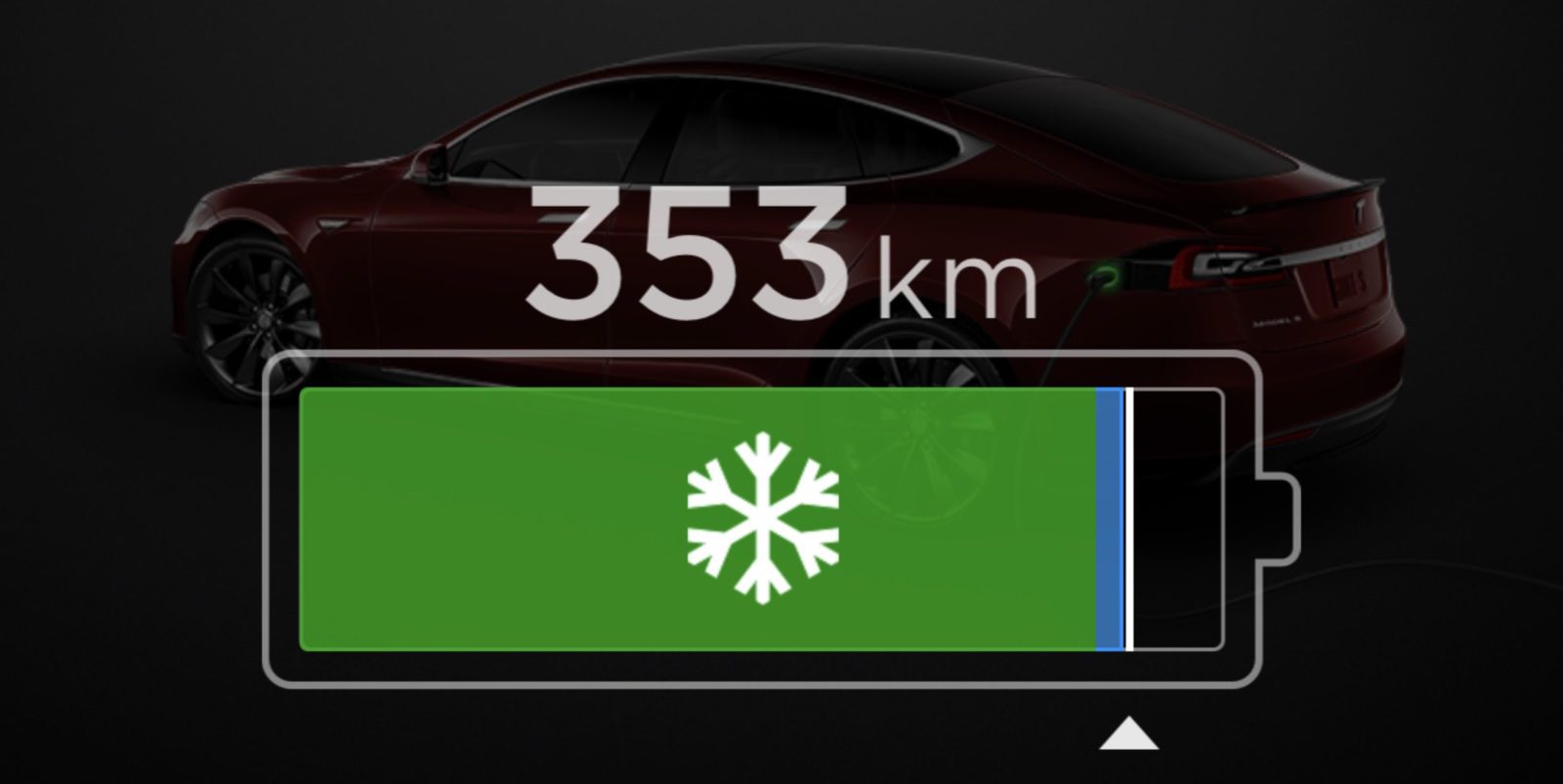 As we reported earlier this week, Tesla was working on a battery pre-heating feature to maximize efficiency in cold climates.

The company has now already released the update and we have all the details.

“When temperatures are near freezing, preconditioning will also heat your battery for better driving and charging performance. We recommend you plug in to reduce range loss, and start pre-conditioning about an hour before you plan to leave since it can take some time to warm up the battery in colder weather. Note: Requires vehicle software version 2017.50 or above.”

It should not only reduce range loss but also enable the full capacity of a few other features.

If the battery is too cold, the vehicle limits things like full power output, full regenerative braking capacity, and the top charge rate.

This new feature will give owners the option to fix that if the vehicle is plugged in.

The new mobile app update also added the ability to rapidly swipe between your Tesla vehicles and energy products in the app.

I got the new app update, but my car is still on version 2017.46 so I couldn’t test the feature. It would have been useful since we are experiencing -15C here right now.

In order to activate it, it looks like the vehicle needs to be around freezing temperature and then this new icon appears in the climate control section of the app:

Pressing it should start the battery preconditioning process, which can apparently take up to an hour according to Tesla.

While I wasn’t able to test the feature, I was able to try the new swiping feature…

But then I realized that I only have the one Tesla…