Good news for Tesla owners living in colder climates as winter is coming. Tesla is working on a battery pre-heating feature in order to maximize efficiency.

Battery cells need to be maintained at moderate temperatures in order to perform.

A loss in electric vehicle range in cold climate is often associated with the use of climate control, but extreme cold can also directly affect the performance of the battery and limit efficiency.

In order to unleash full power, full regenerative braking capacity, or the top charge rate in extremely cold weather, Tesla’s battery management system needs to warm the battery pack, which by itself takes some energy capacity that will not be used to propel the vehicle.

As we discussed on our podcast last week, Tesla even started displaying the part of the range that is unavailable when the battery gets too cold:

Now sources familiar with an upcoming Tesla software update told Electrek that the automaker is working on a feature that will let owners get rid of that locked range in blue if their cars are plugged in.

With the recently released 2017.50 vehicle software update and an upcoming mobile app update, Tesla owners will be able to independently activate a “battery preheating” feature through the mobile app –  again if the car is plugged in.

Tesla previously enabled owners to pre-heat the cabin through the app, but now it will also be able to warm the battery pack.

Of course, the advantage is that the battery can charge while the pre-heating process takes place, which maintains the charge before taking the vehicle for a drive. Tesla says that the new feature will maximize efficiency in cold climates.

It’s no automatic windshield wipers, but I think the update is going to make a lot of Tesla owners happy.

Especially for us up north under the snow right now and who don’t have a garage: 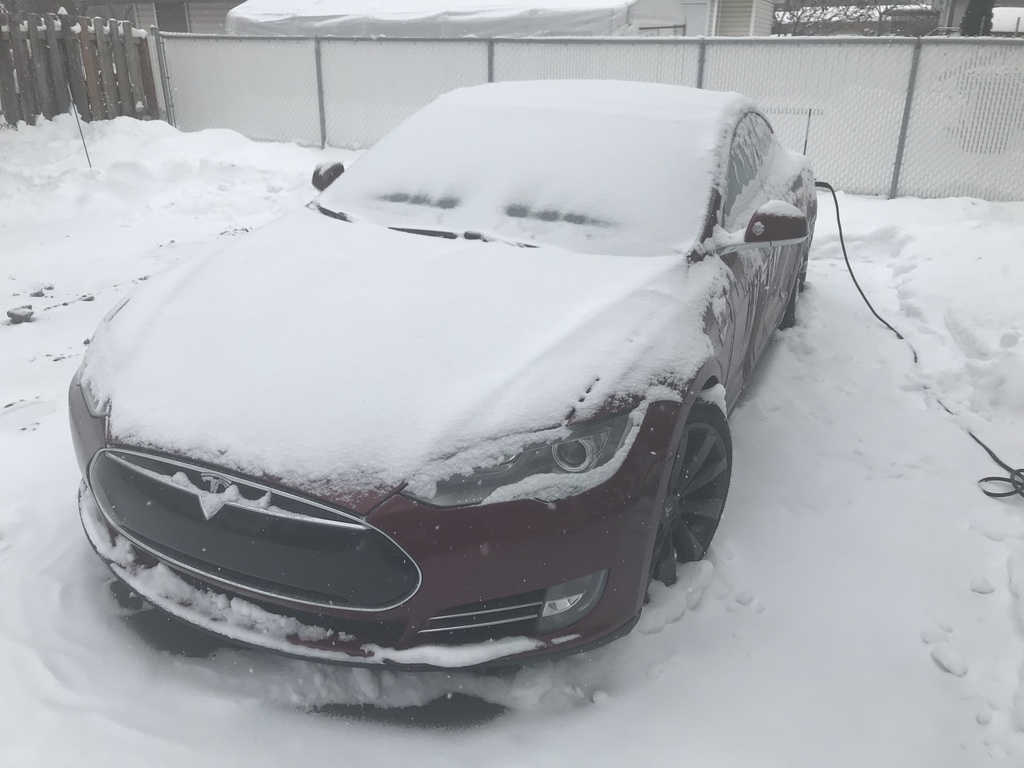 With winter coming, it looks like Tesla is focusing on climate control features. Aside from this upcoming new feature, Tesla also released last week a new update to remove any time limit on pre-heating if the car is plugged in.