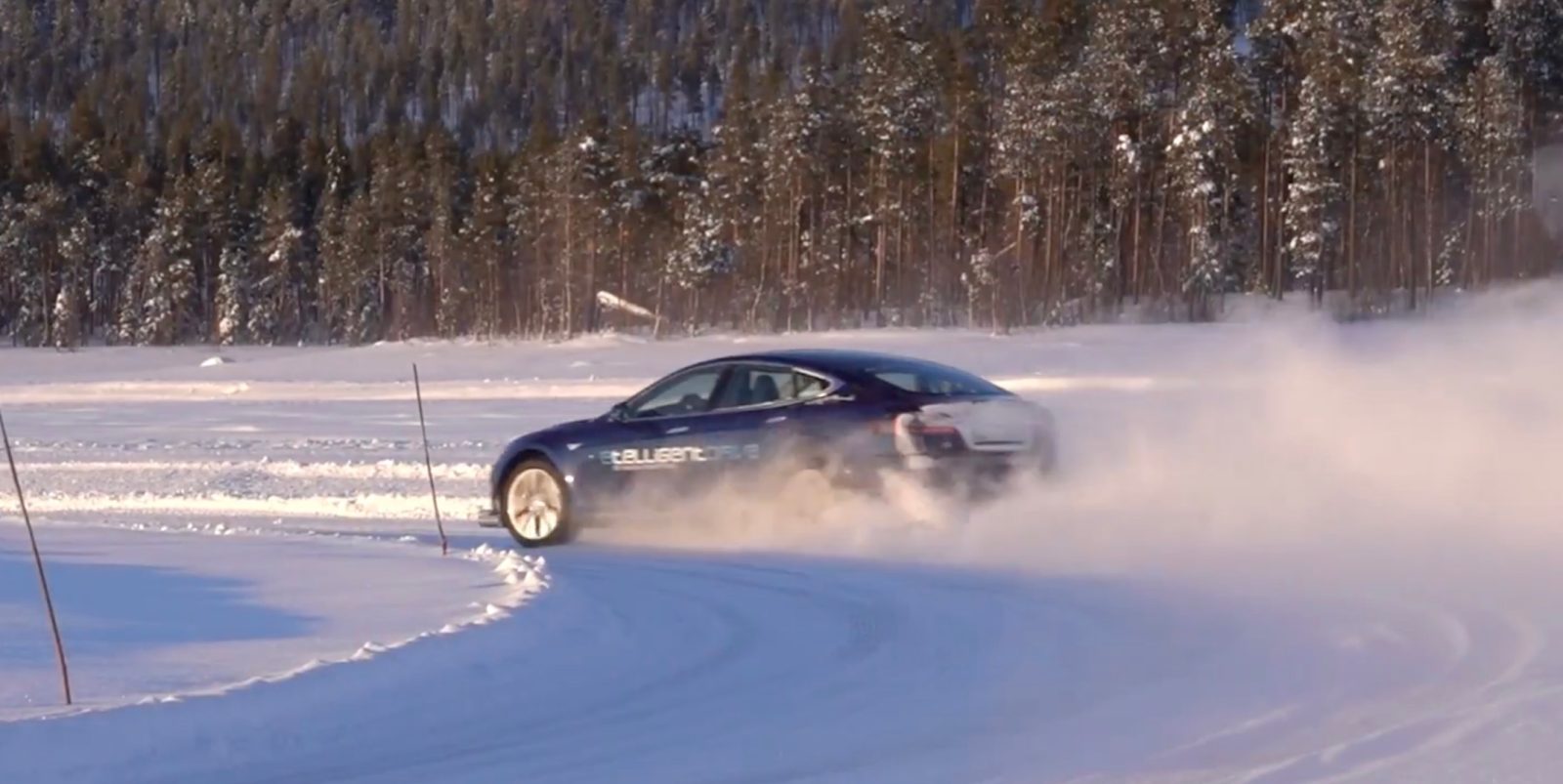 Major automotive suppliers are trying to keep up with the industry’s transition to electric propulsion. Bosch recently said that it is looking to invest in battery production and now Magna plans to expand its electric powertrain offering.

Earlier this year, they built a Tesla Model S prototype with 3 motors.

Now they plan to bring it to CES to showcase their latest electric motor technology and released a cool video of some of the tests performed on the vehicle.

All of Tesla’s Model S variants are now standard with a dual motor all-wheel-drive powertrain, but Magna up the ante with a third motor.

The new generation of electric drive units is called ‘etelligentDrive system’ and the company says that they managed to packaged the drive units with inverters small enough to fit in roughly the same space as Tesla’s dual motor system.

In the prototype, each e-drive motor (one motor for each rear wheel and one for the two front wheels) has a power output of 140-kilowatt, adding up to an overall peak performance of 420-kilowatt, and the electric motors are combined with a single-speed reduction-gear transmission.

They claim that it enables them to quickly correct the torque in each rear wheel in order to improve handling.

In order to give a glimpse of the capabilities, they released this video of Model S prototype drifting on wet pavement and snow:

While it’s visually impressive, we would need to see more in order to assess the difference in handling.

They plan to showcase the new technology with the Model S prototype at CES next month.

“We believe in the next few years there will be several different variations of powertrain architectures on the market aimed at numerous ways to achieve CO2 savings. With our powertrain expertise, we will continue to deliver cutting-edge products to the market that match the progression of internal combustion engines up to full electric vehicles.”

Magna is trying to expand its electric powertrain products after having some early success developing powertrains for vehicles, like the Ford Focus EV and the Volvo V60 PHEV.