Tesla shocked a lot of people when they announced last year that all their cars are now “self-driving ready” – potentially making them the first automaker with future-proof cars through upcoming software updates.

But those updates have been delayed and the lead position for the race to autonomous driving is still up for grabs.

Now GM is claiming that lead position and linking their autonomous driving effort to electric vehicles in order to compete with Tesla.

The automaker released its autonomous driving investor presentation today – embedded in full below.

One of the biggest takeaways of the presentation is that GM “believes that all autonomous vehicles must be electric vehicles.”

Currently, only Tesla has clearly laid out plans to only sell electric and autonomous vehicles and while GM recently elaborates on its electric vehicle plans, it apparently still only plans for EVs to represent a minority of its sales over the next decade.

This new presentation shows that they warming up to the idea of going all-electric and all-autonomous.

They referred to electric vehicles as “the foundation for autonomous vehicles”:

Apparently, it shares only 60% of the parts with the Bolt EV due to all the additions that had to be made to make the vehicle autonomous. They currently have 180 prototypes on the road.

Right now, those vehicles are insanely expensive due to their reliance on lidar sensors, but GM is counting on their new sensor technology to reduce the cost:

They plan to leverage the technology and improvements in battery cost to release a new generation of electric vehicles with autonomous driving hardware.

They are aiming for a battery cell cost of <$100 per kWh:

GM will first launch two new electric vehicles based on their current architecture in the next two years before moving to a new platform.

This new platform will enable 18 other new electric vehicles and it looks like the timing match GM’s planned launch of its autonomous driving system in 2019. 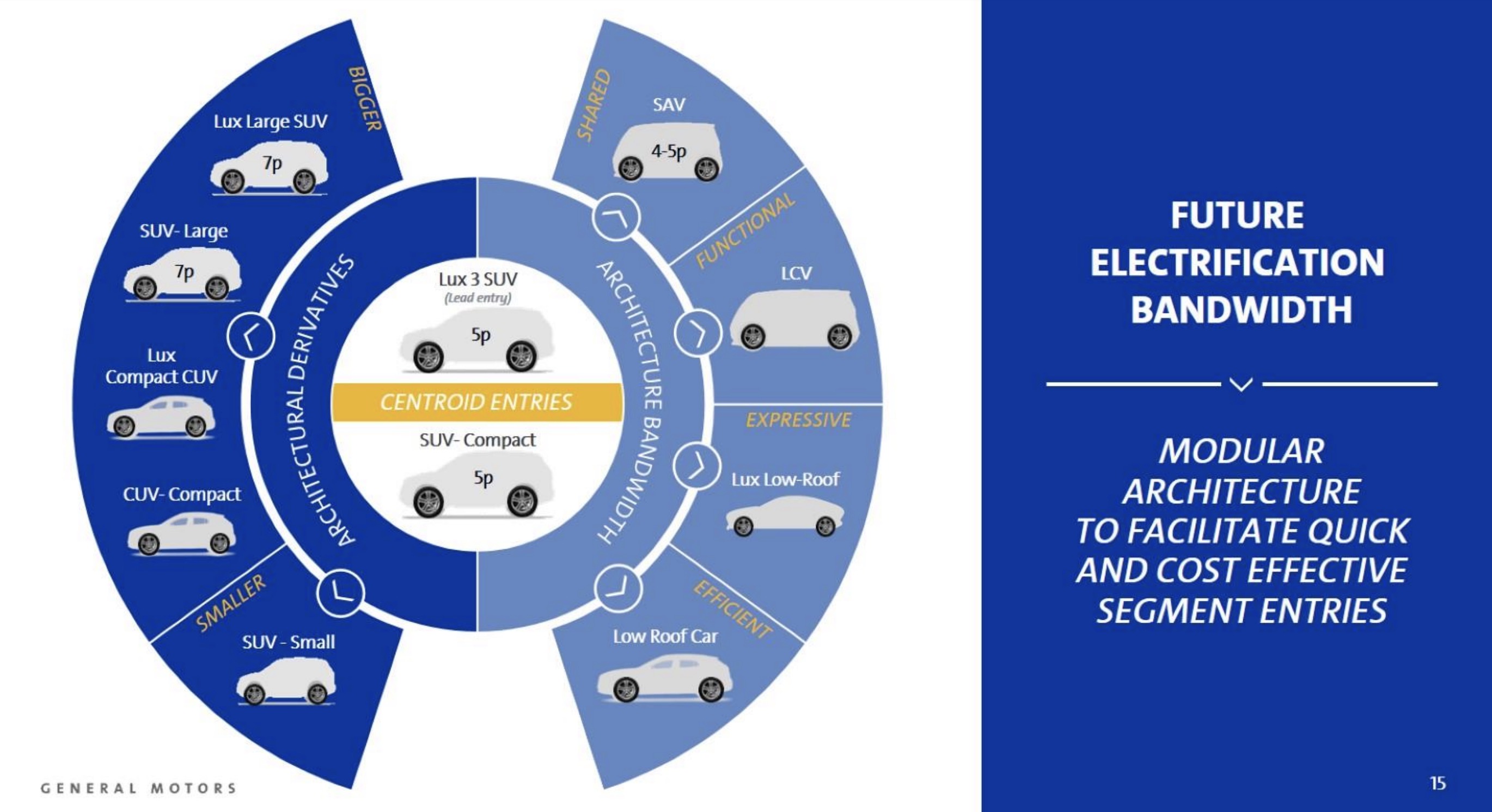 The goal is to offer an electric and autonomous ridesharing service – similar to the Tesla Network that the electric vehicle company announced last year.

With both electric power and autonomous driving, GM sees a path to bringing the cost of travel per mile under $1.00:

This is apparently quite achievable. Last year, we reported on studies showing that a ride in a self-driving Tesla Model 3 on ‘Tesla Network’ could end up costing only ~$0.60 per mile.

You can see GM’s presentation in full further down.

We are happy to see that GM appears to now be fully on board with that same vision.

I think the race to an electric and self-driving ride-sharing network is getting more and more exciting by the day. We have seen Tesla as a leader for a long time, but with the delays in the Autopilot program, it looks like the leadership position is up for grabs and this is GM trying to show that they are the leader now.

Ultimately, it’s hard to tell at this point. GM recently took journalists on test rides in their latest prototypes in San Francisco and some were more impressed than others. We weren’t invited to that event.

We would have to test both their system and Tesla’s latest build of self-driving software in an AP 2.5 car in order to have a valuable opinion.

Here’s the presentation in full: