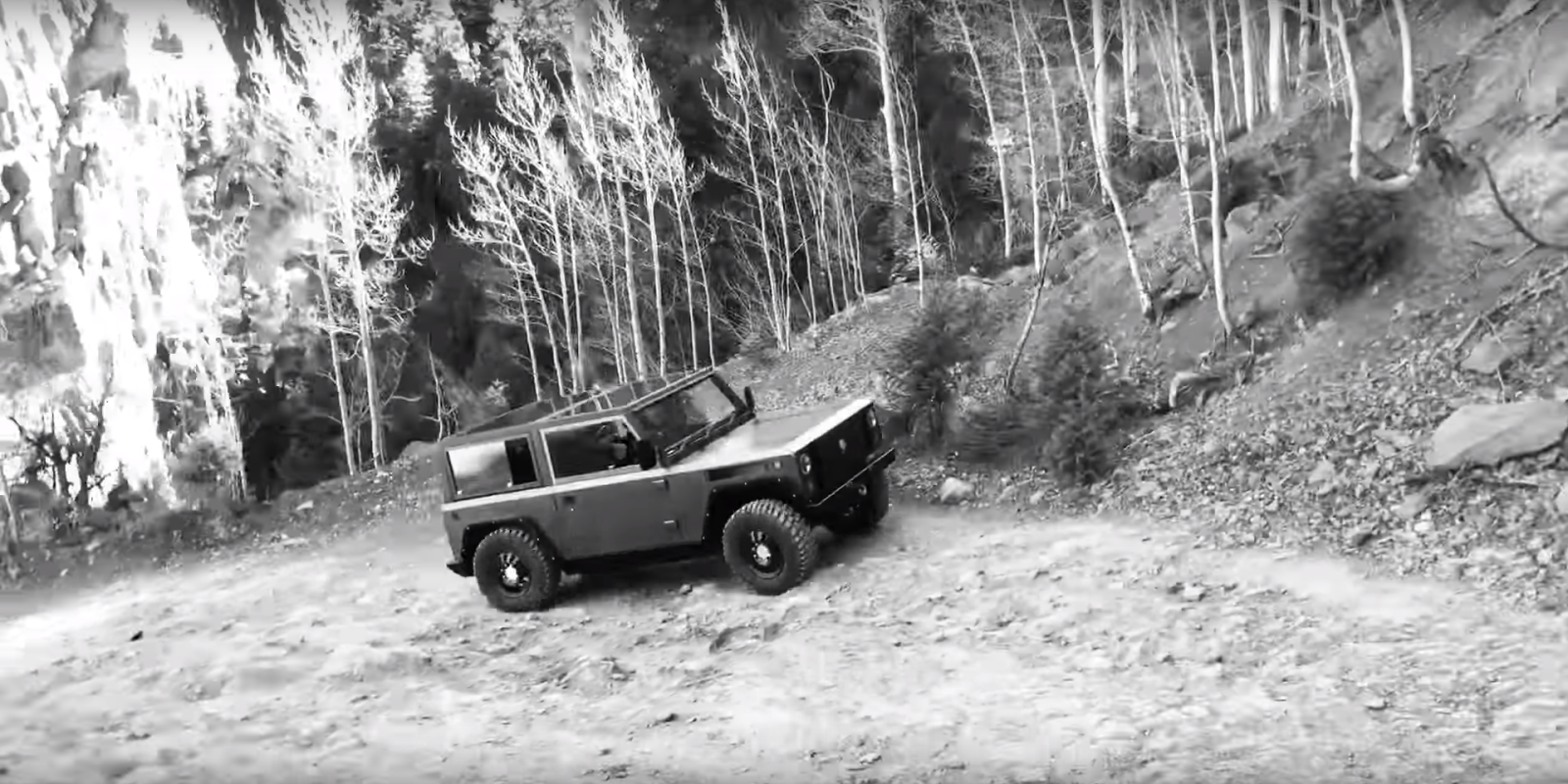 Bollinger Motors is working on their off/on-road all-electric utility truck and the startup is putting their prototype to the test to prove its capacity.

They recently released a bunch of fun footage of the vehicle in very tough environments.

New York-based Bollinger Motors unveiled the B1 earlier this year.

The company says that the off/on-road utility electric vehicle will be offered with two battery pack options available, 60 kWh and 100 kWh, for 120 miles and 200 miles in range.

Last we heard, the company was in negotiations with potential manufacturing partners and they aim to get to production within the next 2 years.

In the meantime, they are testing the off-road capability of the B1 in some impressive terrains, like mountain climbing on Alpine Loop’s Engineer Pass in Ouray, Colorado.

It resulted in some scary images like these (videos further down):

Unfortunately, they are sticking to their black and white gimmick so the footage is not as good as it could be, but we can still see some unprecedented off-road performance from an all-electric vehicle.

Aside from the the “Road of Death”, they also brought the all-electric prototype to Utah in order to try to conquer the Moab Hills and Sand Flats.

Here are all the videos of the tests:

The videos follow another series of videos of off-roading and on track tests released last month.

I’m getting increasingly excited by this project. EV enthusiasts haven’t had a lot of luck with new EV startups lately, but Bollinger here is not promising some ultra high-tech mass market self-driving electric car.

They are trying to bring to market a rather simple yet robust off/on-road all-electric utility truck to fill a small but currently untouched segment for electric vehicles.

It’s not to say that they don’t have room to fail, but if they stick to their goal, I give them better odds than what we have seen in the recent past on the EV startup scene.

I am apparently not the only one excited about the truck since last month, Bollinger Motors claimed it received 10,000 reservations for its all-electric truck – though their reservations don’t require a deposit nor any type of commitment beyond sharing your information with the startup.