Tesla’s solar power today and tomorrow versus yesterday at SolarCity

SolarCity was once, without a doubt, the leading name in residential solar power in the United States. Solar leasing was 72% of residential installations in 2014 – and the largest lessor, SolarCity, had a 34% market share of all solar installed, leased and sold. The second largest company, Vivint, was less than half their size.

Today, even after adjustments in strategy due to broader market shifts that started in 2014, and alterations of sales reachout techniques as part of their sale to Tesla, they are still the residential volume leader but their heading has definitely changed.

Tesla is the world’s largest solar asset owner with their purchase of SolarCity. They have $6.3 billion of solar power systems on their books after adding $368M in Q3. This is probably 3GW of solar power projects. And, they are in control of a 2GW potential solar panel factory, whose Solar Roof tiles are sold out ‘well into 2018.’

However, it was far back in Q2’14 when quarterly growth peaked at SolarCity with a 109% increase in volume deployed versus Q2’13. Every single quarter since then, minus a slight increase in Q1’16, has shown a decrease in growth versus the prior similar quarter. And, this most recent quarterly report has shown the greatest decrease – down 29% in Q3’17 vs Q3’16.

The numbers are clear – and the trend is long-term. Starting as far back as Q2’14 – SolarCity, and now Tesla, has stated that the prior model of an all out chase for the most solar leases is no more.

In 2015, when SolarCity moved into Rhode Island – they led with solar loans versus leasing. In 2016, we saw solar sales officially overtake solar leases in the USA. The model stressed Wall Street investors who have only recently begun to cautiously celebrate the solar lease industry moving into profitability.

In the Q3 report Tesla stated –

Approximately 46% of the residential solar energy systems deployed in Q3 were sold, rather than leased, up from 13% in Q3 2016, a continuing trend that drives revenue growth and improves cash generation. We are expecting cash sales to surpass 50% of residential solar revenue in Q4.

Industry standard cost per watt for residential solar installed is near $3/W. If 80% of Tesla’s Q3 solar was residential, and 46% of that was sales – Tesla had sales revenue of $120M from residential solar. We don’t know these values exactly as the Q3 report didn’t break out solar sales in any detail.

Around 2GW of residential solar will be installed in 2017 – Tesla will probably build 25% of it. That’s a pretty healthy market share for a company that has shrunk so much. Even with that, it’s very hard to predict what solar volume Tesla will install going forward. They stated in their Q3 report that they were pulling back from low margin installations – commercial and utility. They recently let go of SolarCity employees across the US. And much of their 2017 volume is probably momentum from the fact that they were SolarCity. It is probable that Q4’17 stays above 100MW since it is a busy quarter…but what will Q1’18 look like? 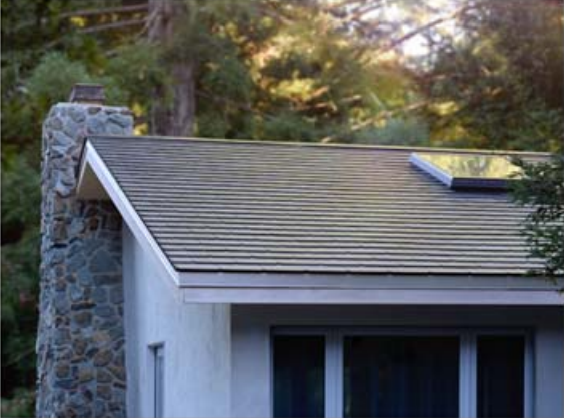 The one variable that has the greatest potential to affect Tesla’s future solar volume is their Solar Roof. With 2GW/year being the updated annual volume manufacturing goal of the Buffalo Gigafactory and the solar shingles speuclatively taking 50% of production capacity, and those tiles being valued at $1/W, that’d be $1B of annual revenue from tiles and $500M from standard solar panels.

If Tesla is to control the installation of their manufactured solar hardware – and the Solar Roof systems cost at about $5.87/W install – that’s $5.9B/year in revenue for Solar Roofs plus $3B/year in standard solar. Installing 2GW a year of solar in total would be an increase of 118% greater than SolarCity’s single largest rolling year of 914MW (ending Q2’16). This volume isn’t going to start being real until later in 2018 though.

In late 2016, Tesla pitched the SolarCity acquisition to its investors with the line that ‘it will generate more than half a billion dollars cash’ in the next three years. This is probably revenue from their 3GW of solar assets paying monthly electricity. Add to that the potential $1.5-8.9 billion in revenue from the Solar Roof factory and you’re reminded that no matter what name is on the truck, Tesla will be one of the largest solar residential companies in the USA for a while to come.