After announcing what is seemingly a 3-month delay in the production ramp of the Model 3 yesterday, Tesla says that it is now updating the delivery timeline of Model 3 reservations over the next 24 hours.

Tesla previously guided that it would hit a production rate of 5,000 units per week in December 2017. The target has now been pushed to “late Q1 2018.”

Now this delay can affect Model 3 reservation holders differently because CEO Elon Musk said that he still expects Tesla to be producing ” a few thousands” Model 3 vehicles per week by the end of the year, which should result in some customer deliveries.

The company started sending out this email to Model 3 reservation holders last night warning them of the delay: 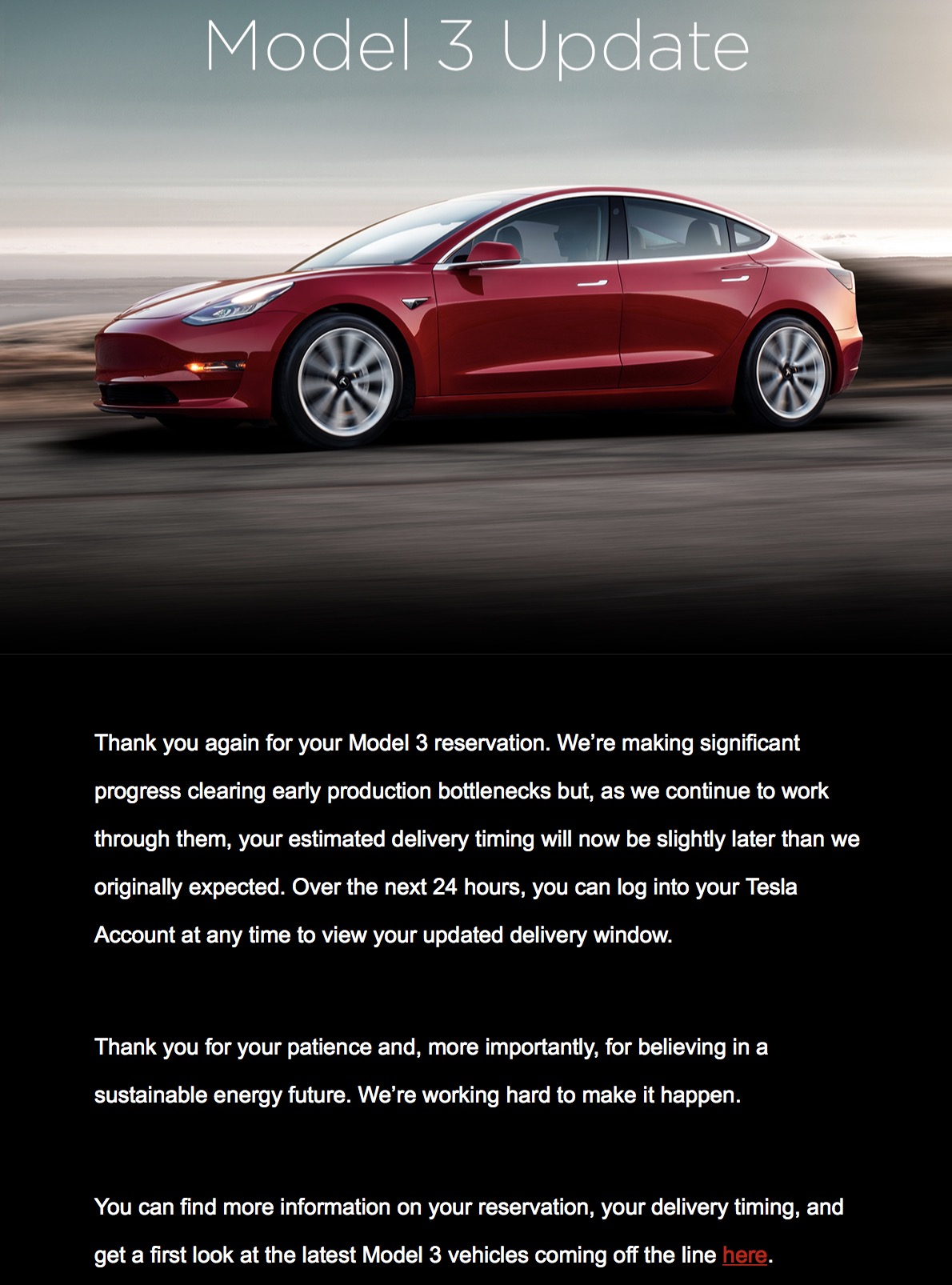 Tesla is apparently still updating the delivery timelines on the Tesla accounts of reservation holders, but we have already received several updated timelines.

For example, this one is from a reservation holder who previously had the earliest possible window of “Oct 2017 to Jan 2018” available for the “first production” vehicles. It has now been pushed by a month (image thanks to Brian R): 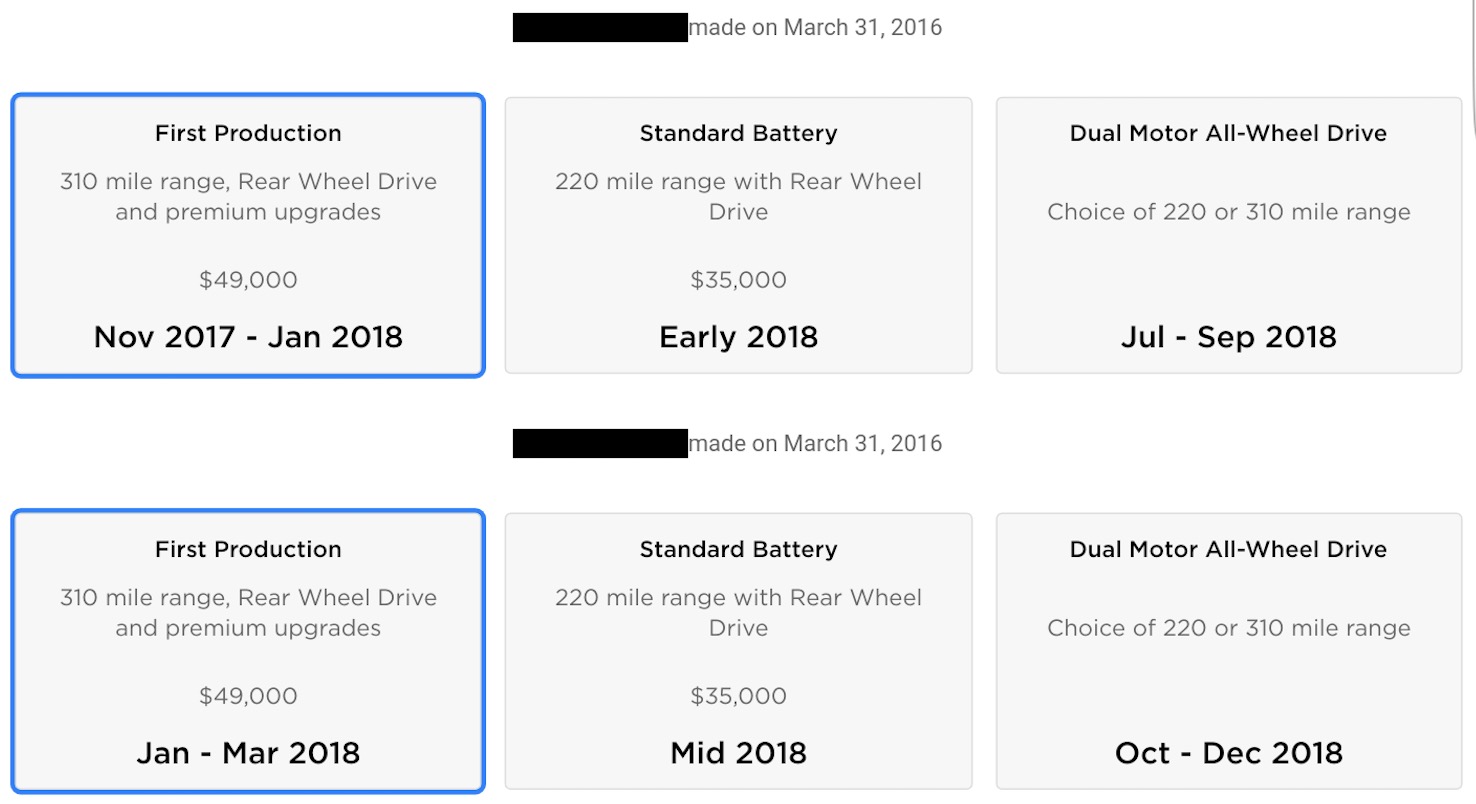 The second reservation is always given a later delivery estimate since Tesla apparently doesn’t want to deliver two cars at the same time to early customers.

The start of standard battery production (a ~50 kWh pack instead of the currently produced ~75 kWh pack) has also slipped into “early 2018.”

It seems that delivery estimates have been less impacted for reservation holders who already had later dates, whether because they are on the east coast, outside the US, or they are not current Tesla owners.

For my own reservation in Canada, Tesla removed the options as seen above and replaced them with a simple “late 2018”, which was already the expectation: 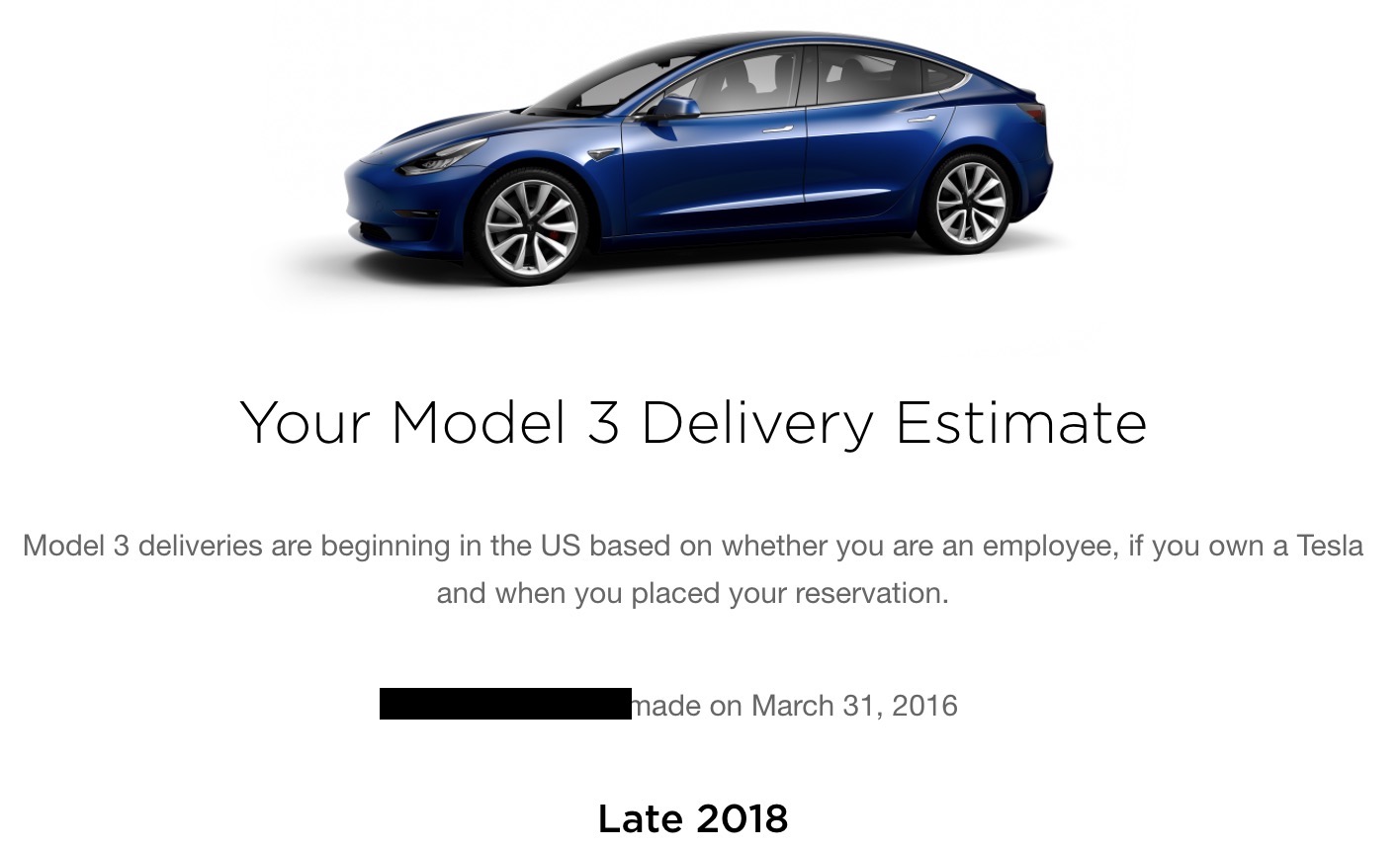 It looks like it’s mainly those with already the earliest possible delivery dates that are most affected as Tesla is still hoping to get to significant production volumes by the end of the year and then ramp up to 5,000 units and 10,000 units per week next year.

Hopefully, Tesla keeps updating those delivery estimates since they are essential for those who the timing of changing their current car for the Model 3 is important.

In the meantime, Tesla also released some Model 3 eye-candy in the form of this new promo video: