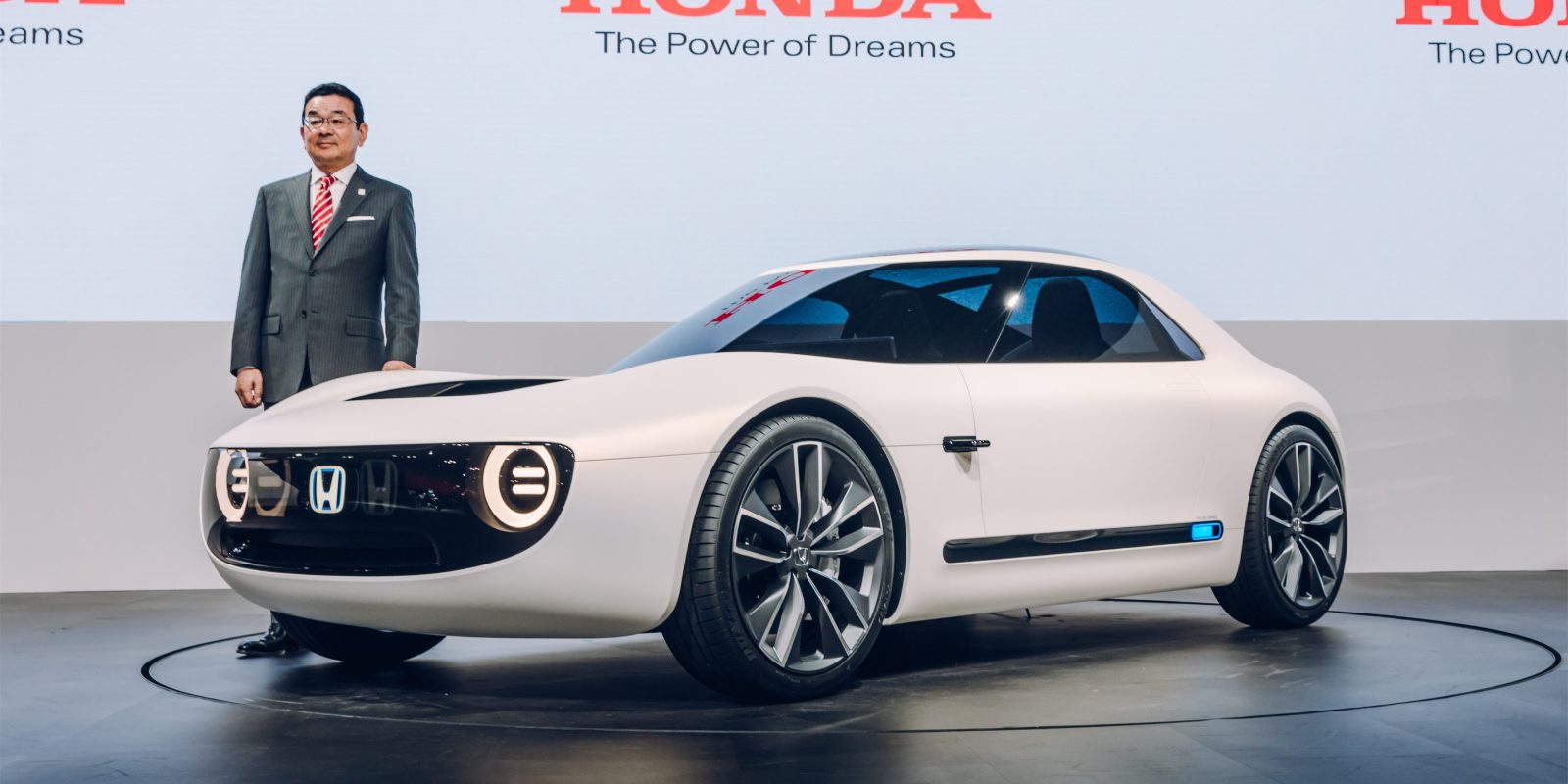 The automaker brought a new retro-looking all-electric sports car concept based on a new electric platform that they plan to bring to market in 2019.

At the Frankfurt Motor Show last month, Honda surprised by unveiling a new retro-looking urban electric vehicle concept and announcing that they would bring their next all-electric vehicle to market in 2019 based on this concept.

Now the new ‘Honda Sports EV Concept’ appears to be in the same vein, but the automaker, unfortunately, didn’t announce any production for this particular version.

“Honda exhibited the world premiere of the Honda Sports EV Concept, a concept model which combines EV performance and AI (artificial intelligence) inside a compact body with the aim to realize the joy of driving the user can feel with a sense of unity with the car.”

Here are a few images of the prototype unveiled at the show:

As you can see, the design follows closely the urban EV unveiled last month. They didn’t release any spec for the vehicle.

In his speech at the show, Takahiro Hachigo, Honda President and Representative Director, briefly reinforced Honda’s commitment to EVs:

“Honda has been working on the development of various technologies and products which will contribute toward the realization of a carbon-free society and making good progress in making our gasoline-powered vehicles cleaner and more fuel efficient. In the area of automobiles, we have been expanding the lineup of hybrid vehicles and will continue to strengthen hybrid, plug-in hybrid and EV models from here forward. With our products equipped with electrification technologies, Honda will continue striving for the realization of our enduring passion to realize the joy of helping people and the joy of driving. Honda will continue taking on challenges to expand the life’s potential of our customers.”

As we previously reported, we see Honda as being among the few major automakers lagging behind when it comes to the electric transition.

Their first electric car effort, the Clarity, is several years behind the competition at its price point.

The new urban EV would be a welcomed addition to its EV lineup in 2019, but Honda certainly could afford to add a few more EVs to its plan, which is why it’s disappointing that they didn’t announce that for this new Sports EV Concept.