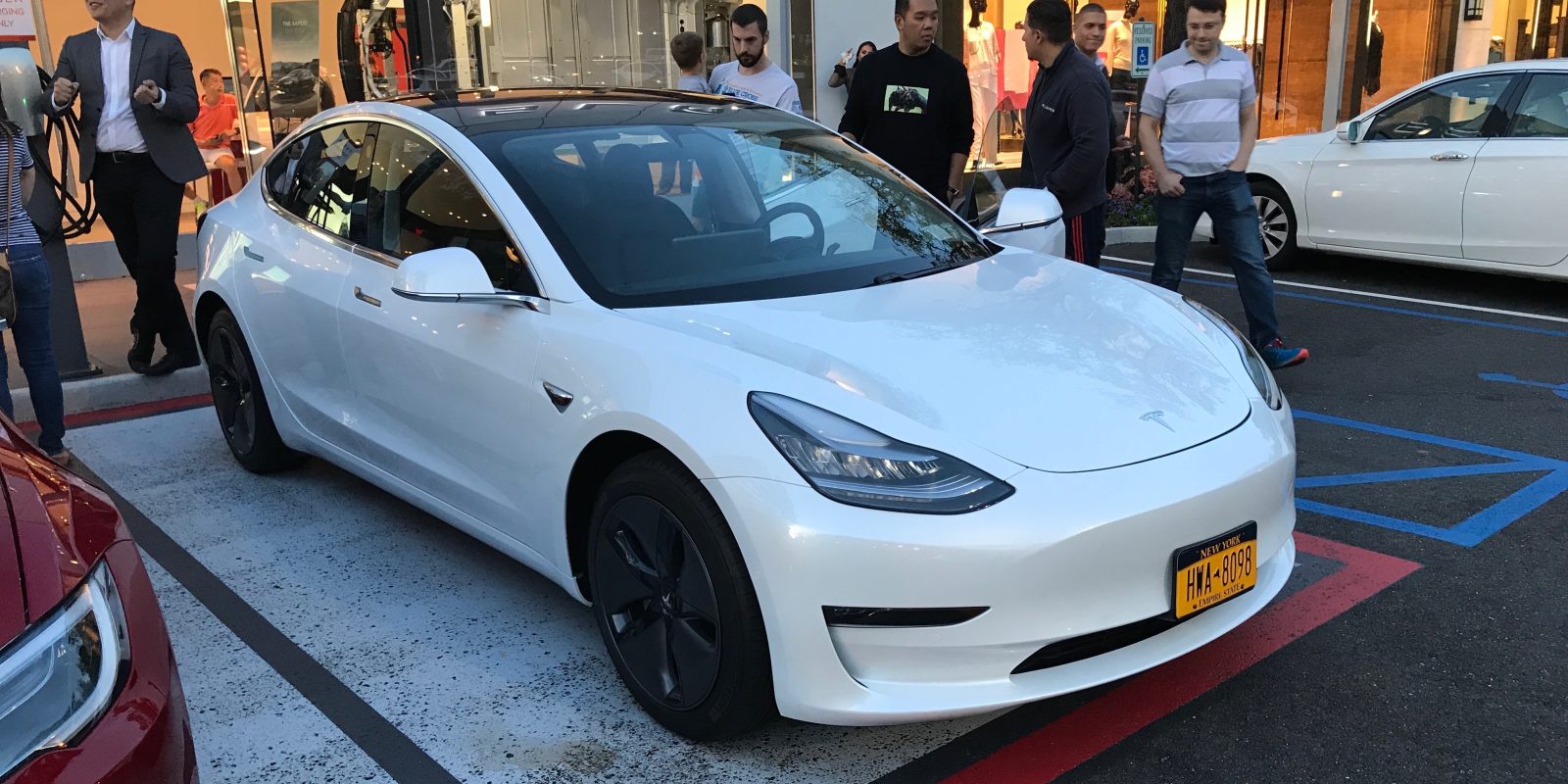 As we recently reported, there are increasing pieces of evidence that Tesla is starting to produce and deliver more Model 3 vehicles.

Now we learn that Tesla delivered what appears to be the first Model 3 in New York and it gives us an opportunity to get a good look at Model 3 with a front license plate.

Tesla is apparently still only delivering Model 3 to employees, family members of employees and company insiders, and the deadline for the first expected regular customer deliveries (late October) is approaching rapidly.

Most of those lucky employees to get early Model 3 vehicles are in California, but we have seen a few get delivered in Texas and Florida, among other places.

Now a Tesla employee in New York got one of the few Model 3 vehicles on the road today.

The vehicle was at Tesla’s Manhasset store on the North Shore of Long Island. New friend of the site Mustafa Taherian was at the retail location this weekend and shared a few pictures of the vehicle with us:

It was clearly attracting a crowd as one of the rare Model 3 on the east coast today.

Interestingly, it also gives us a rare look at the Model 3 with a front license plate, which has been a concern for reservation holders living where it is required.

Personally, I don’t think it looks that bad – though I admittedly prefer the look of the Model 3 without it. Aside from the front license plate, I’m warming up to the combination of the white paint job with the aero wheels.

As for production and deliveries, it’s still a big question mark over Tesla right now. Last week, Tesla registered another ~1,000 Model 3 VINs with NHTSA, but it had only produced and delivered a fraction of the ~1,000 registered before that – though it seems to have happened over a shorter period of time, which is likely a good sign.

Therefore, I wouldn’t be surprised if Tesla is currently attempting a production ramp in order to roughly stick to its regular customer delivery deadline – albeit maybe with lower volumes than previously anticipated.

Nonetheless, Tesla CEO Elon Musk warned to “assume the worst” so maybe early reservation holders in the US should keep an eye on their delivery estimates for any potential delay.