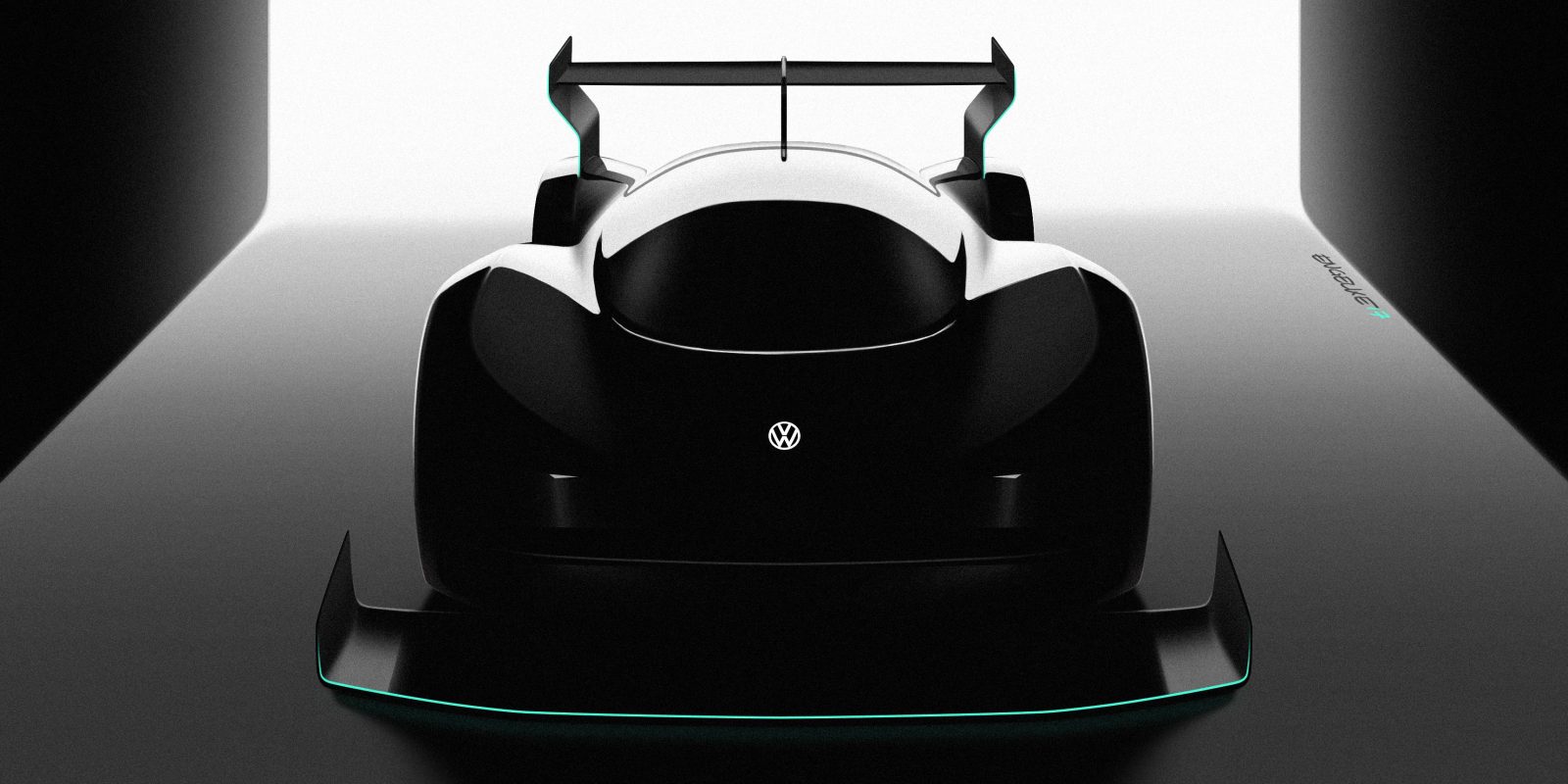 Volkswagen has been making a lot of noise about electric cars lately. Announcing huge investments and new concept models, trying to recover their reputation after the dieselgate scandal. Its newest electric push comes from somewhere new: racing.  While VW group has been involved in electrified racing before, with the Audi Formula E team and with several wins from Audi’s retired hybrid Le Mans car, the Volkswagen brand hasn’t yet undertaken electric racing on their own.

This changes next year, when Volkswagen will enter a car into the famous – and difficult – Pike’s Peak International Hill Climb.  Details are light on VW’s entry, all we have to go on so far is a silhouette – pictured above – and a promise of all-wheel-drive. But it’s clear that VW are going after the electric prototype record – 8:57.118 by Rhys Millen in the Drive eO PP03.  That car had over a megawatt of power available (1367hp), so expect VW’s entry to have similar horsepower if it wants any chance of getting that record.

Pike’s Peak, the “Race to the Clouds,” is one of the longest-running races in the world, being held 95 times since 1916.  It’s a famously unforgiving race, as cars climb a 156-turn, 12.42 mile-long (20km) track which also spans nearly a vertical mile (4,720ft/1,440m) and averages a 7.2% vertical grade.  Until 2011, the track was largely unpaved on dirt or gravel roads, and it is not uncommon for cars or motorcycles to leave the track and crash into the woods or, worse, end up tumbling down the mountain.  The race is also commonly stopped by rain, snow, fog, or other inclement weather of the type you commonly get at the top of mountains (the last race saw hail at the summit at one point).

But this race has turned out to be an excellent proving ground for electric vehicles.  One of the enduring challenges of the race has been its high altitude.  Since the race starts at 9,390 feet (2,862m) and ends at 14,110ft (4,300m), the air is very thin, which means aerodynamic modifications (such as wings) on cars don’t work as well, and internal combustion engines don’t have as much oxygen so they lose a lot of power.  As a result, winning gas-powered cars have in the past needed to have extremely high horsepower ratings to be competitive, since they operate so inefficiently at high altitude.

But electric vehicles don’t need to combust oxygen, so they work just as efficiently at 14,110 feet as they do at sea level.  So between a fully-paved road (finished in 2011) and improvements in electric vehicle technology, times have been tumbling recently and electric cars and motorcycles are setting extremely good times.

In 2015, an electric car won the race overall for the first time (Rhys Millen driving the Drive eO PP03 – though he was running on half-power for half of the race due to electrical issues), and in 2013 Lightning Motorcycles’ LS-218 beat the fastest Ducati by over 20 seconds.  The best EV motorcycle time is within just a few seconds of the fastest gas motorcycle time ever, and the electric car lap record is faster than any other car category except the “unlimited” prototype category (in which the record is held by legendary rally driver Sebastian Loeb driving the 1,929lb/875kg, 875hp Peugeot 208 T16 Pike’s Peak).

If VW can build a competitive electric racecar, they have a good chance of setting the record, especially considering that Millen’s record was set with a malfunction.  But given the difficulty of the race, anything could happen – cars often break, go off-course, or weather can affect the race and make it impossible for anyone to set a record on any given year.