After a shaky relaunch of the brand with a pale 10-years late copy of the Tesla Roadster, Detroit Electric surprised with a massive $1.8 billion investment from China.

“We have been working for a long time to put our company into a position where we’re ready to embark on this exciting journey. And we wanted to share our excitement with the visitors to the LCV event by releasing these sketches. The are an unequivocal signal of our intent. We have secured a solid financial foundation and are fortunate to have exceptional facilities in Warwickshire that we’re looking to expand further in the months ahead,” continues Frost. “And to that we are adding between 150 and 200 roles that we’re filling with the best vehicle and electrical engineering talent in the country, some of who we’re hoping to find here at the LCV show.”

Here are the new sketches released by Detroit Electric: 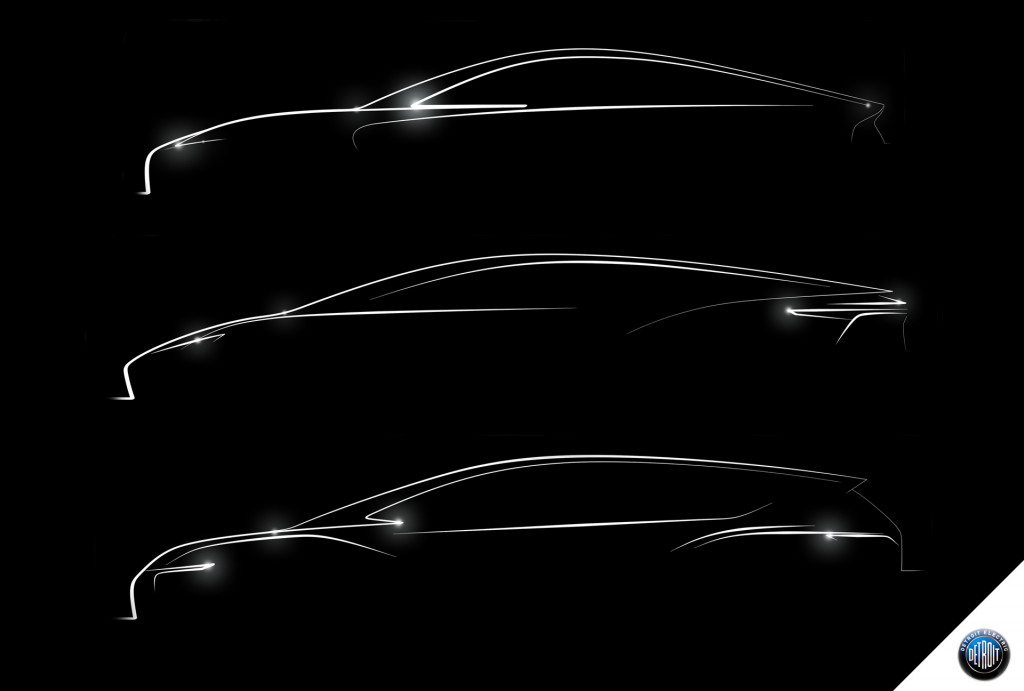 They are all “purely electric vehicles”, one is “sports car”, one is a “saloon”, and there’s a “crossover”.

The company has previously said that they aimed for the crossover to be available as soon as next year.

In the meantime, Detroit Electric’s first vehicle in production since its relaunched in 2008, the SP: 01, seems to have been stuck in time. The vehicle, which has a starting price of $135,000, is equipped with a 37 kWh battery pack which allows, according to the company, for 179 miles (288 km) of NEDC rated range. We can expect the EPA-rated range to be closer to 140 miles (225 km).

Detroit Electric claims the 0-60 mph acceleration will be achieved in 3.9 seconds.

The powertrain is disappointing when you consider that the original Tesla Roadster, which was based on the Lotus Elise like the SP: 01, had ~220 miles (350 km) of range on a single charge and now Tesla is offering a battery pack upgrade for ~340 miles (547 km) of range.

Hopefully, their new electric vehicles, which are expected to be built on a new shared platform, will offer more competitive specifications.