The move was seen as a statement for electric cars, but now the new Environment Minister is getting rid of it.

Since June, the Christian Democratic Union of Germany (CDU) took over from Remmel and now the new Environment Minister for North Rhine-Westphalia, Christina Schulze Föcking, quickly decided not to use the Model S as her official car.

When Remmel decided to buy the Model S, a spokesperson for the ministry said that it was the only electric vehicle with enough range to enable travel in the large state of North Rhine-Westphalia.

In the opposition at the time, Schulze Föcking criticized the purchase due to the 110,340 euros ($115,000) price tag. She asked if “the purchase of an expensive luxury limousine for the Ministry of the Environment was compatible with the requirements of the regional government”.

The Model S’ range was apparently not enough for Schulze Föcking’s cabinet, who didn’t like the charging requirements complicating her travels.

A spokesman for the politician said (via Bild):

“The maximum range was in the long-range tests, depending on driving style and route profile, under 300 kilometers. This range could only be exhausted if it was then ensured that the batteries could be charged. This made it considerably more difficult to plan rides, “

They are reportedly replacing the electric car with a Mercedes-Benz S500 E-Hybrid with an internal combustion engine.

With this said, it’s not impossible that they got under 300 kilometers of range if they are using the car at high-speed on the Autobahn. Like any car, electric or not, efficiency goes down at high speeds.

It can indeed complicate long-distance travels, but Tesla has an extensive network of Supercharger stations in Germany that should facilitate charging: 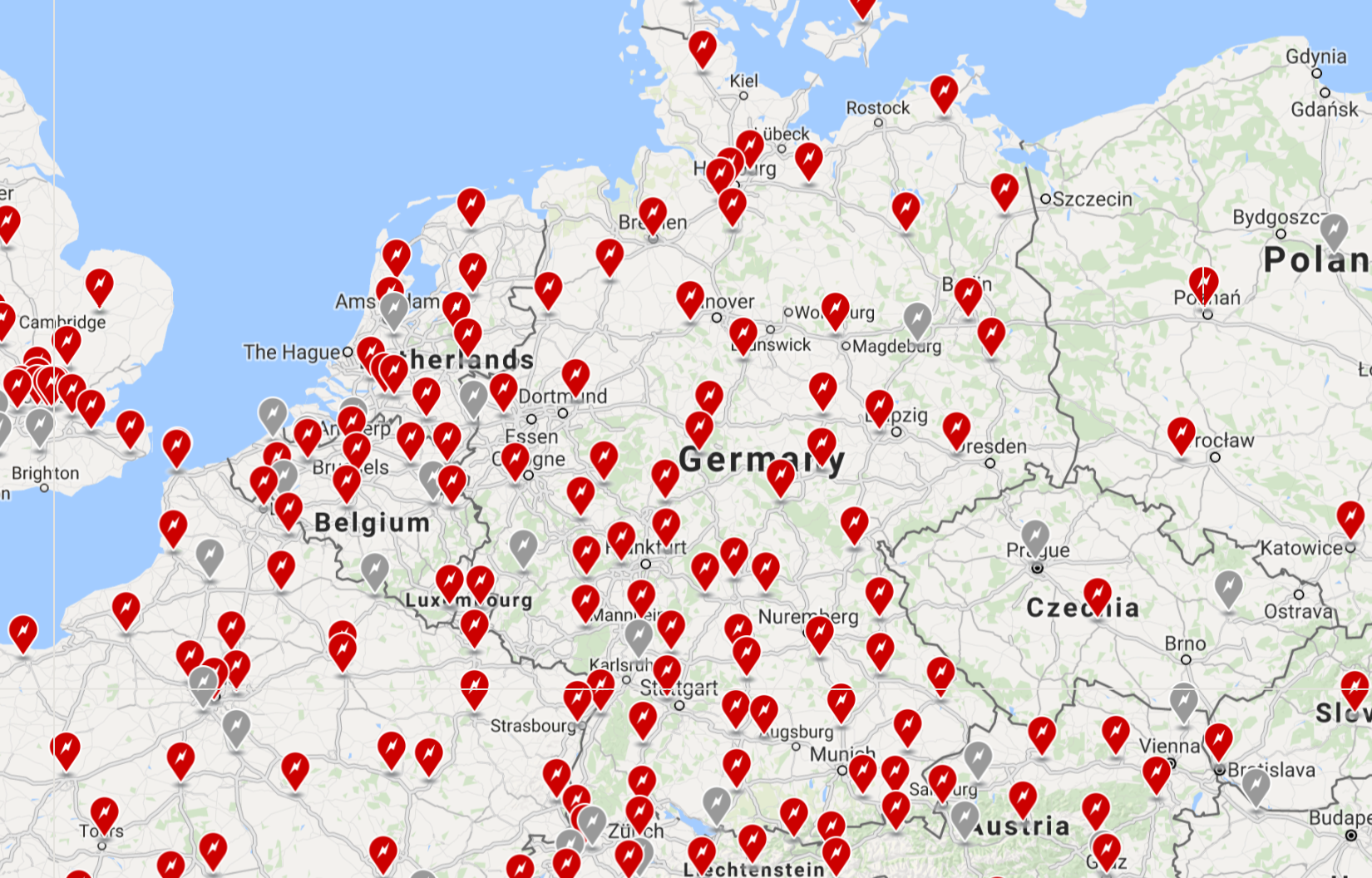 It looks like it wasn’t enough to make her keep the Model S as her official government car.

Tesla had a complicated relationship with the German governmentover the past few years.

When Germany introduced its new plan to boost electric vehicle adoption through new incentives, including a 4,000 € discount at purchase, Tesla claimed that they were purposely left out of the program because of a cap for vehicles with a starting price of less than 60,000 € negotiated by the government and the German auto industry.

Since the cap was only for the starting price of the car, Tesla later unbundled a bunch of basic options of the Model S in order for its customers to get access to EV incentives in Germany. But through that loophole, even Tesla’s top-of-the-line $120,000+ Model S P100D had access to the discount since it’s technically just a different configuration of the Model S, which now had a starting price under 60,000 €. The government was accused of financing vehicles for the rich.

The Federal Motor Transport Authority (KBA) and German Transport Minister also issued some weird statements about Tesla’s Autopilot when the system was under investigation following a fatal accident in the US last year.

There have also been some more positive developments for Tesla in the country. The automaker has been investing heavily in Germany lately with the acquisition of a German engineering firm to create ‘Tesla Advanced Automation Germany’. During the announcement, Tesla CEO Elon Musk said the automaker is partly becoming a “German company.”