It looks like Tesla put a lot of effort into managing expectations for Model 3 production last week. CEO Elon Musk warned of “production hell” for the foreseeable future and the company updated delivery timelines based on options and locations.

Model 3 reservation holders should keep an eye on this “production hell” in order to plan for the vehicle.

A vehicle purchase is generally a big deal in most households and the timing is important since it is often replacing another vehicle.

Model 3 reservation holders have been planning their purchase based on Tesla’s rough estimates given since the original unveiling in March 2016, but now they have a better idea with Tesla’s latest timelines.

Those are roughly Tesla’s estimates based on their current best production estimates and homologation timelines in other markets.

They could change depending on how deep in production hell they end up going.

During a press briefing ahead of the delivery event Friday, Musk said that he has tremendous respect for companies manufacturing complex products and he emphasized on several occasions how difficult it is to predict the “S curve” of a production ramp. 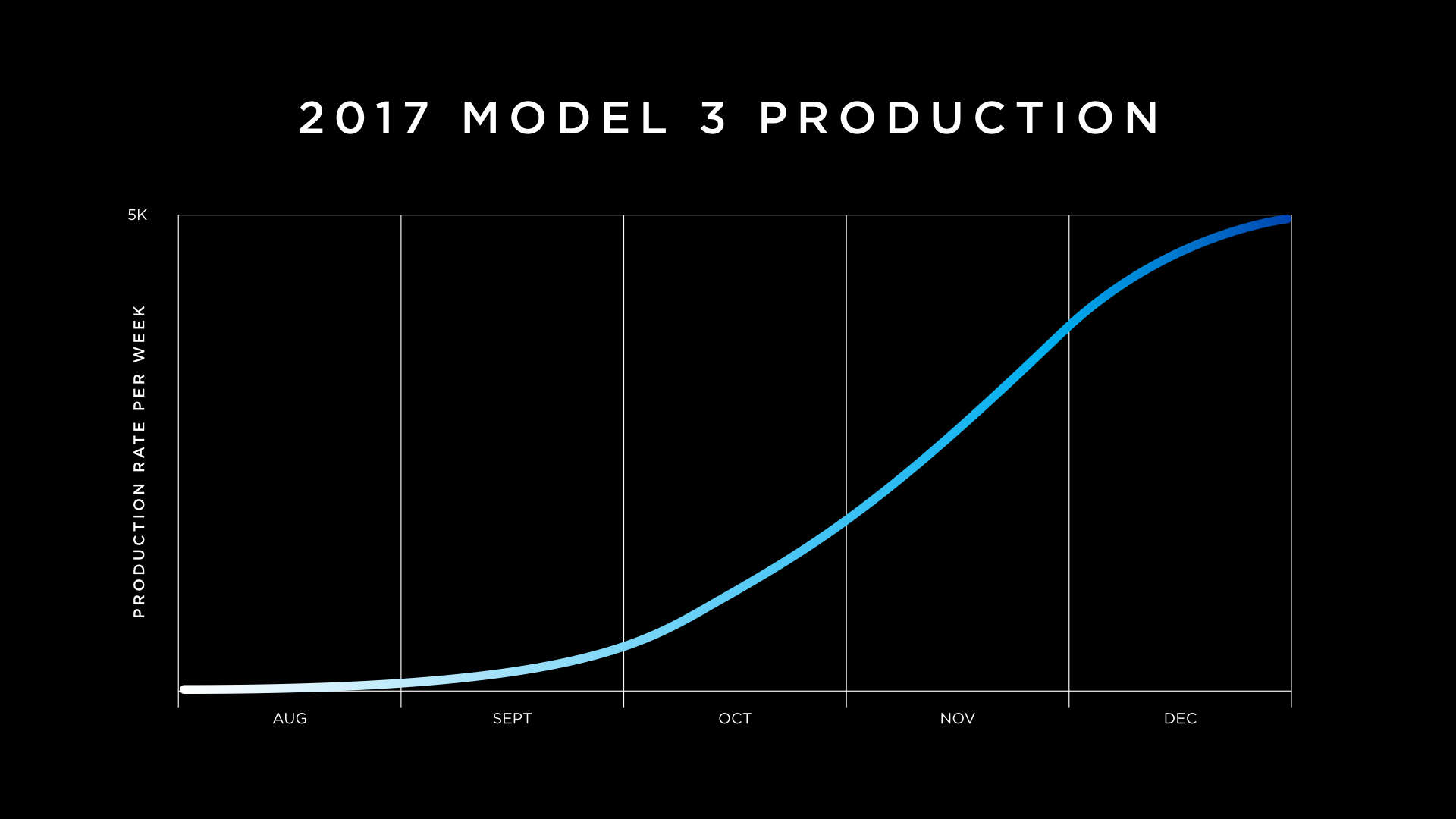 He said that he is confident that they can achieve a 5,000 units per week production rate by the end of the year, but he is unsure what the curve will look like until then.

The CEO added that the Model 3 is made of 10,000 unique parts and that if just one of them is on backorder, whether it’s from a supplier or a team internal to Tesla, it will slow the entire production.

Therefore, reservation holders should keep a close eye on what Musk describes as “production hell” in order to plan their purchase or potentially an alternative.

It would also be important to note that if anything happens, it would mostly affect Model 3 reservation holders in the US since Tesla doesn’t plan to have homologation in other countries until the second half of 2018. At which point, even if production hell ends up pushing production by 6 months, Model 3 should be manufactured at a high enough rate that reservations shouldn’t have a big impact anymore.

But in the US, the timing plays a bigger role due to the $7,500 federal tax credit, which will start phasing out once Tesla hits 200,000 total deliveries in the US, which is expected to happen early in 2018, based on our own estimates. A phase-out period will result in an additional quarter of full credit after which it will be cut in half.

In order to optimize savings for its customers, Tesla will have to aim to have the highest production rate possible when hitting that threshold.

Hopefully, Tesla will keep us updated with the Model 3’s production process and we will make sure to report back on Electrek.